Women of the Federal Reserve: How Would They Vote?

On Tuesday, the U.S. Senate Banking Committee is scheduled to vote for President Joe Biden’s five nominations for the Federal Reserve. Economists Lisa Cook and Philip Jefferson are on the slate, as is Sarah Bloom Raskin, a former Fed governor, tapped by Biden to be vice chair of supervision. Also up for a vote: current Fed Governor Lael Brainard, nominated by Biden to be the central bank’s new vice chair, and Jerome Powell, now serving as Fed chair pro tempore after his term expired in early Feb.

If they clear the Senate Banking Committee, the nominees need to be approved by the U.S. Senate.

Volatility has escalated in capital market benchmarks like the US indices while the Dollar traded a sharp rally for steep retreat. The volatility comes in large part from competitive rate forecasts born of an inflation response by the Federal Reserve, arguably the world’s most powerful central bank.

Markets are debating five or six rate hikes this year. What’s more, Fed Funds futures are showing a more than 30 percent probability that a 50-bps hike is set for March 16th and three hikes by the end of June.

Biden’s picks could change the composition of the fed’s increasingly hawkish voices.

A Senate Banking Committee Vote is set for Feb. 15 for Raskin, Cook, Jefferson and Lael Brainard, Biden’s pick for the Fed’s vice chair.

Lisa Cook is a professor at Michigan State University of economics and international relations, who formerly worked as a senior economist in the Obama administration’s Council of Economic Advisers. She also served as a Treasury Department senior adviser. 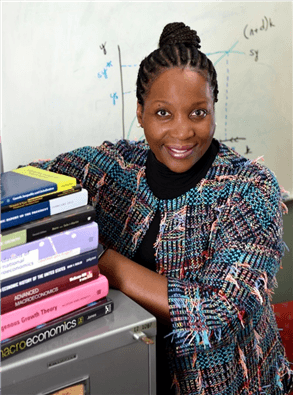 As an economist, Dr. Cook has taken on tough issues such as how discrimination and racial violence has hindered innovation among African Americans and women. “Whatever their source, gender and racial disparities exist at each stage of the innovation process — education and training, the practice of invention, and commercialization of invention — and can be costly to both productivity and the economy,” she wrote in 2020. Dr. Cook’s knowledge of poverty and income inequality differences by gender and race could help the central bank think differently on inclusion, diversity, and equity.

During the Feb. hearing Dr. Cook said she supported existing plans by the Federal Reserve to address the highest inflation in four decades. In her opening remarks, she vowed to cool inflation. The Federal Reserve has started tapering the monthly bond purchases it used to create economic stability during the pandemic and forecasted several potential interest rate hikes in 2022, starting as early as March.

“I agree with Chair Powell, our most important task is tackling inflation. High inflation is a grave threat to a long, sustained expansion, which we know raises the standard of living for all Americans and leads to broad-based, shared prosperity,” said Dr. Cook. 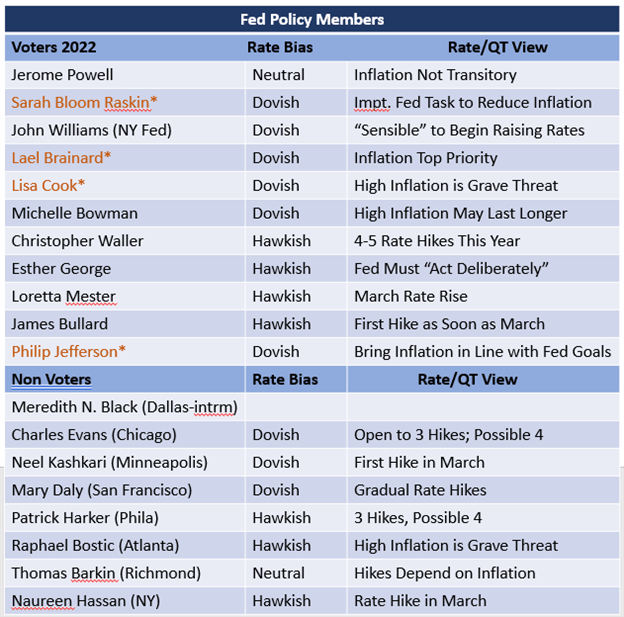 When asked about how she would vote on policy in the future, Dr. Cook said she would study the data. “What we know is we have to be patient with the data, we have to ask about the data, whether the data have changed, if they’re still reliable and still valid,” she said.

If confirmed, Cook would be the first Black woman to serve on the Fed in its 108-year history. 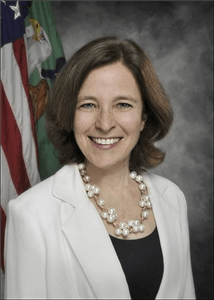 “I want to recognize the toll inflation exacts on working people who are concerned about how far their paychecks will go for essentials like food, housing, and transportation. It is an important task of the Federal Reserve to reduce inflation and one that must be a top priority while we continue to sustain our economic recovery,” Raskin said in her opening remarks at the hearing where she faced tough questioning by GOP committee members.

Raskin served as a Fed governor from 2010 to 2014 before becoming deputy secretary of the Treasury. Since leaving the government, Raskin has pushed the Fed and other regulators to police financial risks posed by climate change.

“While none of its regulatory agencies was specifically designed to mitigate the risks of climate-related events, each has a mandate broad enough to encompass these risks within the scope of the instruments already given to it by Congress,” Raskin wrote in Project Syndicate in 2021. “In light of the changing climate’s unpredictable – but clearly intensifying – effects on the economy, U.S. regulators will need to leave their comfort zone and act early before the problem worsens and becomes even more expensive to address,” she observed.

During her first term as Fed Governor from 2010-2014, Raskin was considered a moderate dove.

Fed watchers say GOP opposition to her nomination could mean a hard path to confirmation.

Lael Brainard, a current Fed governor, has been nominated by President Biden to be the central bank’s new vice chair. Fed watchers say she probably faces a clear path to becoming the Federal Reserve’s second-in-command. In a Jan. 13 nomination hearing she told legislators the Fed needs to use its monetary tools to manage inflation. “Inflation is too high and working people around the country are concerned about how far their paychecks will go,” Brainard. “Our monetary policy is focused on getting inflation back down to 2 percent while sustaining a recovery that includes everyone. This is our most important task.” 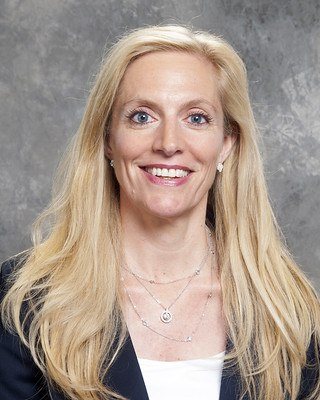 U.S. monetary officials are regularly grouped by their position on interest rates and inflation. One group is the hawks. The other is the doves. Hawks are characterized as focused on limiting inflation, and often turn to higher interest rates to restrict the flow of money into the economy. Doves, in contrast, are known to push for lower interest rates, which they see as helping boost economic growth and especially jobs. Kansas City Federal Reserve President Esther George is regarded as a hawk. She has called for hiking interest rates to help curtail inflation. Cleveland Federal Reserve President Loretta Mester is also considered a hawk. Some lean neutral.

The FOMC the branch of the Federal Reserve that sets the monetary policy course. FOMC announcements inform everyone about the Fed’s decision on interest rates and are a key economic calendar event. The FOMC may decide to increase, decrease, or keep interest rates steady, having a tremendous impact on currency values. The FOMC’s Board of Governors is composed of seven members and five reserve bank presidents. The seven members have voting rights.

Read about Janet Yellen, other women in finance, economics and at the Federal Reserve.

Grand Warszawski/iStock Editorial via Getty Images Tales from the bond market When seeing to anticipate movements in the U.S. stock market, the best sources of information often come from other capital market segments. One particularly […]

Don Farrall/DigitalVision via Getty Images Introduction When last discussing Shell (NYSE:SHEL), my previous article expected to see monster cash returns coming along with the release of their impending second quarter of 2022 results. Whilst their […]