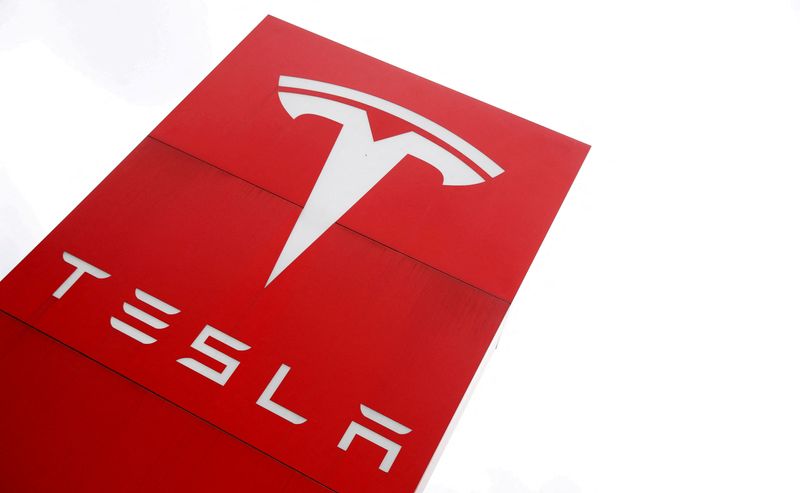 © Reuters. FILE PHOTO: The logo of car manufacturer Tesla is seen at a dealership in London, Britain, May 14, 2021. REUTERS/Matthew Childs

WASHINGTON (Reuters) – The National Highway Traffic Safety Administration said on Thursday it has asked Tesla (NASDAQ:) Inc for information about a recent 2021 Tesla Model Y fire in Vancouver, British Columbia, in which a driver reported struggling to exit.

The NHTSA told Reuters the agency “is aware of the incident and has reached out to the manufacturer for information.”

Electrek posted a video of the incident in which the owner said he received an error notification and then saw smoke. The driver said that to get out he “had to smash the window. … I kicked through the window because everything stops. The power didn’t work. The door didn’t open. The windows didn’t go down.”

Tesla did not immediately respond to a request for comment.

(Corrects model in paragraph one to Y from U)