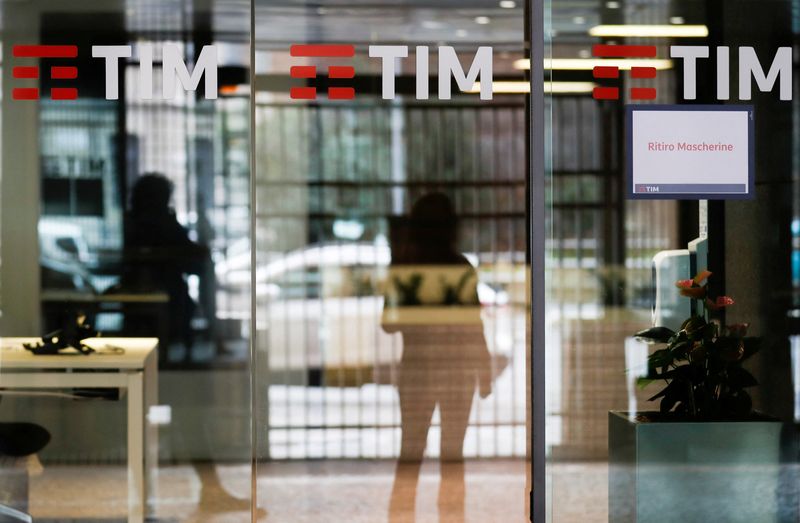 © Reuters. The Tim logo is seen at its headquarters in Rome, Italy November 22, 2021. REUTERS/Yara Nardi

MILAN (Reuters) – Telecom Italia (MI:) (TIM) shares fell on Monday as the odds for a KKR takeover receded with the U.S fund set to make it clear it will not table any bid without due diligence.

The fund, whose 10.8 billion euro ($12 billion) takeover approach has been in limbo since November, will say in a letter expected later on Monday that due diligence is even more crucial to formalise its bid since market conditions have changed, a source said.

This clashes with TIM’s approach of giving the fund access to its books only after a formal bid has been made and with its ongoing plans to revamp its business on an independent basis through a break-up of its assets.

TIM shares fell as much as 4% to 0.31 euro, remaining well below the indicative 0.505 euro per share offer KKR pitched in November.

As part of its in-house revamp strategy, the former phone monopoly said on Saturday it will start formal talks with state lender CDP, which controls 60% of smaller rival Open Fiber and holds 10% of TIM.

Later this week, TIM’s board will discuss a non-binding bid from private equity fund CVC for a minority stake in the phone group’s enterprise service business which would be created under asset split plans.

“The discussions with CDP and CVC.. support the in-house break-up scenario at the expense of the KKR bid. The latter seems now to become even more remote, given the… requested due diligence,” broker Banca Akros said in a research note. “The availability of these options that on paper boost the value of the assets can support in our view the decision of TIM to dismiss KKR’s offer,” Akros added.