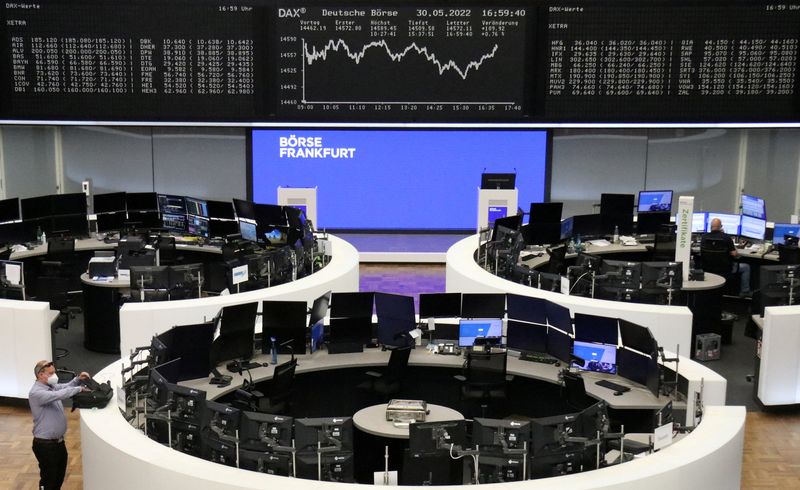 © Reuters. The German share price index DAX graph is pictured at the stock exchange in Frankfurt, Germany, May 30, 2022. REUTERS/Staff

Investors now await euro zone annual inflation data for May at 0900 GMT, expected to climb to a record 7.7% after last month’s 7.4% rise. Fears of a sustained rise in energy costs heightened as crude prices gained after Europe vowed to cut most Russian oil imports. [O/R]

slipped 0.6%, while the region-wide index dropped 0.4% by 0713 GMT, with added volatility as U.S. markets were set to return after a long weekend.

Technology and travel stocks led losses, down more than 1% each.

London’s outperformed, up 0.1% on an energy rally and as consumer goods giant Unilever (NYSE:) jumped 7% after it named activist investor Nelson Peltz to its board.

marchmeena29/iStock via Getty Images Thesis The Barings Global Short Duration High Yield Fund’s (NYSE:BGH) primary objective is a high level of current income, with capital appreciation as a secondary investment objective. The vehicle has the […]

© Reuters. Citi Says Buy US and UK Equities, Sees 18% Upside in Global Equities to End-2023 By Senad Karaahmetovic Citi strategists have reiterated an Overweight rating on the U.S. equities as they believe EPS […]