For 10 years, citizens in Boulder have been considering whether to create a public power utility that would replace electric service provided in the city by Public Service Company of Colorado, a subsidiary of Xcel Energy (NASDAQ:XEL).

On August 20, 2020, the Boulder, Colorado City Council voted to place a tentative agreement between the City of Boulder and Xcel Energy on the November city election ballot.

If approved by the voters in November, the agreement would stop a decade-long effort to create a municipal electric utility in the city and residents and businesses in the city would remain Xcel Energy customers.

Xcel Energy stresses that it is a vertically integrated utility with generation, transmission, and distribution assets over eight states.

Moving towards increasing its renewable energy portfolio, the company produced a Colorado Energy Plan, which was approved in 2018 by the Colorado Public Utilities Commission. That plan includes:

As a result, coal becomes a smaller portion of the company’s asset base. 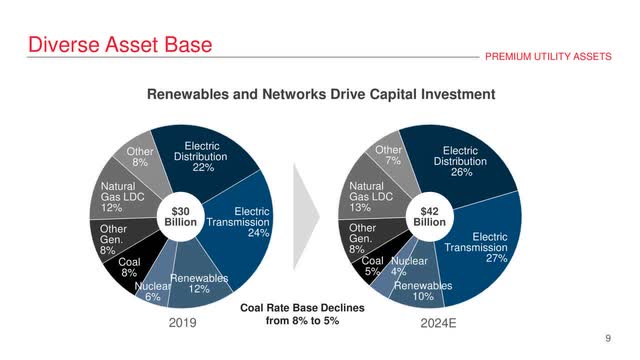 In 2019, the City of Boulder chose to pursue its clean energy policy by offering to buy Xcel Energy’s assets located inside the city for $93.96 million, which the city stated was double the original cost of the assets, less depreciation.

This effort stumbled as the coronavirus caused a downturn in the local economy, caused the city to reconsider whether starting a municipal utility was the best use of its financial assets, and led to the current settlement with the company.

On July 28, 2020, the city and Xcel came to a tentative agreement, which they are calling a new partnership that includes:

Many utilities, like Xcel Energy, are moving towards renewable energy, but the challenge for Xcel is its current debt load, which totals $23 billion or, to put it another way, it carries a debt/equity ratio of 173%. The company posted negative changes to net working capital for 2017, 2018, and 2019.

Annual cash from operations continues to hover around $3.1 to $3.2 billion per year, and current plans are contingent upon a continued low interest rate environment. 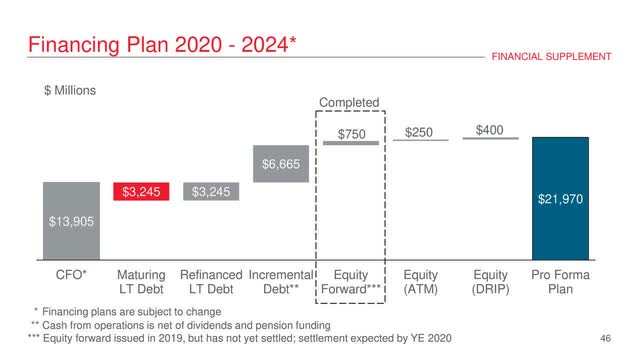 The company’s capitalization stands at approximately 51% long-term debt and 40% equity. It offers a current dividend of $1.72 that translates into a current yield of less than 2.5%.

Boulder’s efforts may already be having an impact on the company, which announced that it would seek a rider rather than ask for a full electric rate case in Colorado. 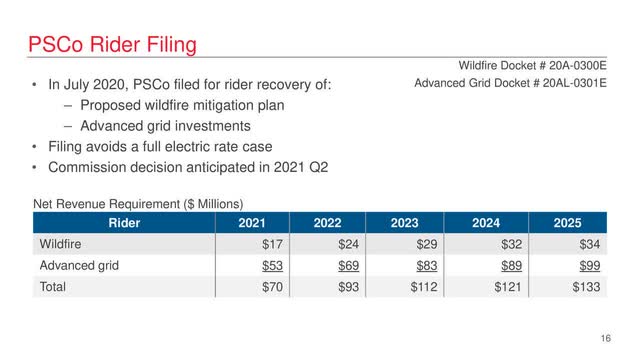 Xcel argues that its balance sheet is satisfactory. 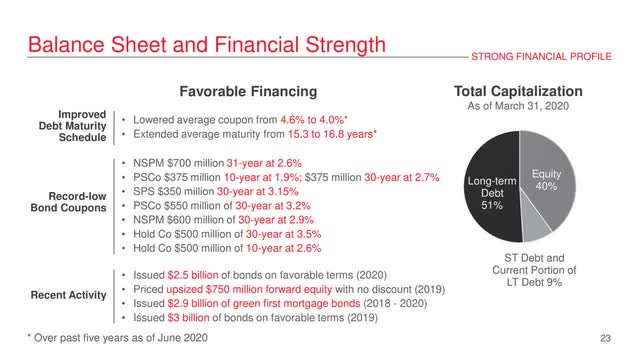 And its credit metrics remain positive. 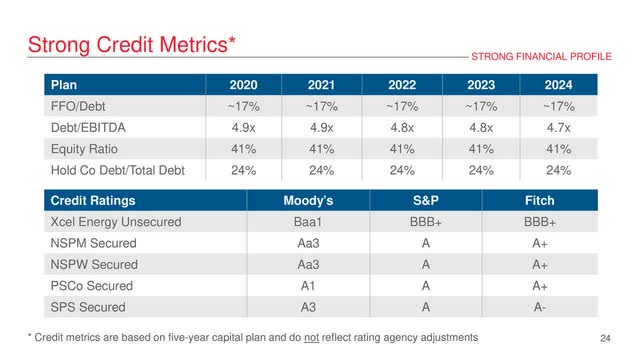 The company remains committed to a steady increase in dividends. 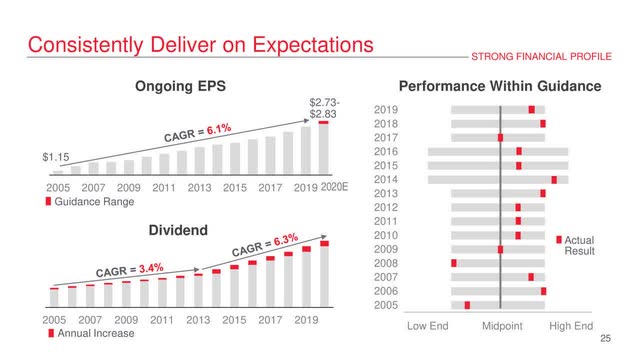 And shows how it has performed compared to peer organizations. 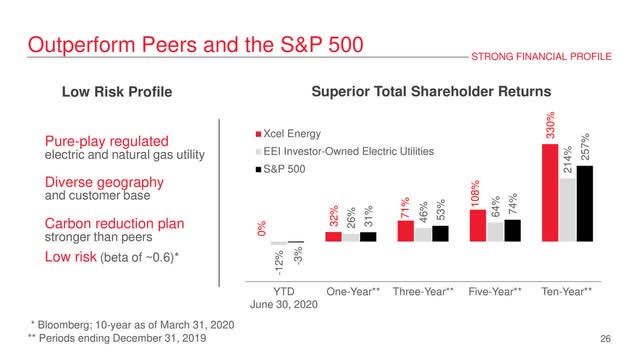 Boulder is not the only city in Colorado which has considered a switch to a municipal electric utility. In May, citizens of Pueblo, Colorado, voted to continue to receive electricity from Black Hills Energy, although citizens’ Electric Utility Commission (EUC) made up of residents continues to consider the viability of a municipal electric utility.

Citizens of Pueblo are watching how the Boulder-Xcel agreement unfolds, as it will influence the future direction of Pueblo’s EUC.

Black Hills has proposed building a 200-megawatt solar project in Pueblo County, Colorado, which may dampen some of the opposition to the utility. 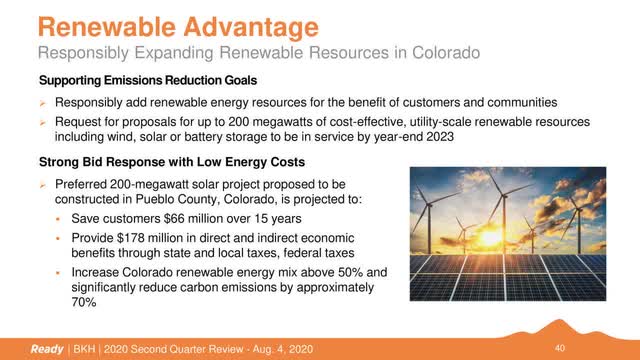 Even though electric utilities are making progress in adopting renewable energy, they will continue to feel pressure from customers who feel that their progress is too slow.

There are several positive effects in moving towards renewable energy, including a cleaner environment and gaining support from customers who can influence decisions by state regulators concerning the utility’s future rate requests.

For Xcel Energy shareholders, acceptance of this new “partnership” between the City of Boulder and Xcel Energy will accelerate efforts to move Xcel Energy towards renewable energy and lower emissions and increase customer satisfaction with the company.

For a regulated utility, support from customers is a valuable consideration for state regulators when considering changes in rate structures.

These opportunities can lead to a faster transformation of the company and an improved long-range outlook for the company, which benefits all stakeholders, including shareholders.

© Reuters. FILE PHOTO: French parliament resumes plenary after summer break PARIS (Reuters) – The French state is still trying to end disagreements between utilities Veolia and Suez days ahead of a deadline, a source […]