To screen or to stream?

In Hollywood, that is the new million-dollar question…or for AT&T (NYSE:T) and Warner Bros, a potential billion dollar one.

Let’s set the stage a bit to bring everyone at to speed.

As you may remember, in the wake of COVID, studios were forced to play musical chairs with their lineups as cineplexes across the world went dark. Even now, while many have reopened, we are nowhere near where we were, and truth be told we aren’t close to a return (even post-vaccine).

For some studios, the thought was simply to delay a big release a few months, but those delays are extending, and those extensions are mounting, and we are now left with just one major tentpole release still in play for 2020 – and it’s a big one, Warner Bros’. Wonder Woman 1984.

The problem is now it’s no longer just a question of “move or stay,” but also “screen or stream?” That is the new normal, and for Warner Bros., it’s also very déjà vu, as once again it could be a game-changing choice.

First, as always, some background.

Let’s go back to a faraway time called September and the release of Tenet. The newest film from Oscar winner Christopher Nolan had already been delayed a few times, and WB was faced with a similar choice.

In the end, the studio stayed the course, and the results were…odd.

Domestically, the movie banked just over $55 million, but internationally it did far better, earning an additional $300 million. With a production budget of $200 million, that by rough math and not counting other internal factors would make it seem like a success. 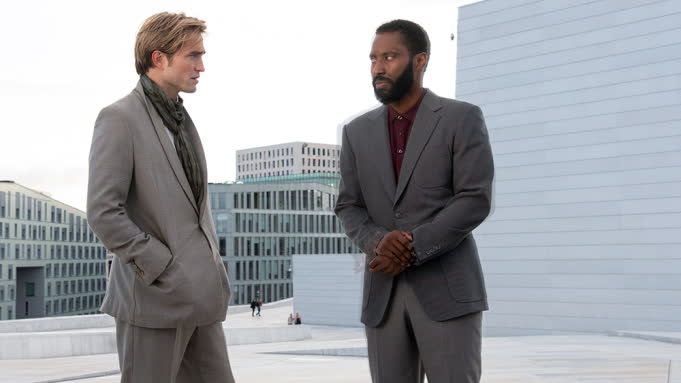 Here’s the thing, Hollywood studios don’t make movies with an eye on them being saved by the international market. So yes, Tenet did well overseas, but here in the States, it was a huge disappointment, and no studio wants to take the plunge off the hope it will be bailed out by foreign totals.

Also, keep in mind $50 million is right around the average for a traditional opening weekend for a Nolan film – so as full-run total, it’s just not a good look.

Tenet is also an outlier as it’s over two-hour long and complicated beyond belief – both trademarks of a Christopher Nolan film. And I’m not saying that to be snarky, personally I’m a big fan of Nolan and his work, but it is true the majority of his movies carry an epic run time and are designed to make audiences think.

But it’s also so much more than that.

The Wonder Woman franchise is arguably the most important in the entire DC stable of movies. It’s more popular than Superman and Batman, and a lot of that is off the likeability and talent of star Gal Gadot and director Patty Jenkins.

What these two women did here was genius, and the fans have been both responsive and grateful. That leads us to the sequel which was earmarked for summer and moved to fall and now Christmas.

But will it stay there?

A report by Bloomberg last week complicates that question as it has been rumored Warner is meeting about what to do with the film, and that includes shipping it to HBO Max after a limited (as in a week or two) theatrical run.

This is where things get interesting and investors have been having to pay closer attention – as we could get a decision as early as today.

Under one scenario, the film would shift to streaming, but Warner would pay theaters a cut of the profits as a make-good. That approach has long been talked about as a solution to the debate over shrinking the distribution window between theaters and home viewing in general, with this allowing theaters to be made whole for any losses incurred.

The problem with that scenario (among others) is that WW84 would go to HBO Max, a subscription service, versus a traditional paid streaming option as Disney (NYSE:DIS) did with Mulan and Universal did with Trolls: World Tour. So figuring out the equivalency and value not only gets complicated but also potentially revealing.

Streaming data is murky at best, and studios don’t want to tip their hand to what exactly drives subscriptions or how much a profit or loss they may take on a deal. Playing Monday morning quarterback is costly and investors have seen that play out to negative effects. Nobody wants to take the chance somebody counter-engineers the math and figures out the deeper data.

It was also reported that theaters shot down that option so it may not even be on the table anymore. But that begs the question – if it’s on the table should either side even really be pushing for it?

For Warner Bros. the benefit of a jump to streaming is simple – an immediate and presumed large spike in subscriptions. However, does that amount of revenue make up for the loss of theatrical earnings? Do people just subscribe for the film and then bail? Do you up-charge the content or add it for free?

There’s a lot of questions, and financially speaking, the wrong decision is not just costly. It’s an embarrassing black eye for a service already off to a slower-than-hoped for start and STILL not on Roku (NASDAQ:ROKU)/Amazon Fire (NASDAQ:AMZN).

For the theaters, this is Pandora’s Box meets Let’s Make A Deal. Let’s say a payment does happen, but then a standard has set, a precedent has been made and we are at a point of no return where other studios can – and likely will – follow suit. It could be a big windfall OR it could be the end of the exhibitor model as we know it.

Now let’s take the payment out of the equation. For Warner Bros., not only is a jump to streaming, setting up a logistical nightmare AND alienating exhibitors/theaters, but there is also still the potential of leaving a ton of money on the table in general. Wonder Woman is legitimately a billion-dollar franchise, and it’s just not realistic to think this will drive a billion dollars’ worth of subscriptions.

Also keep in mind WW84 would be the FIRST major tentpole film to make the screen-to-stream jump. The rest so far has been big, but not THIS big, and it will cause a ripple effect. All of a sudden, Warner becomes the test case, and after getting dragged through the dirt the first time (with Tenet as the test-case for a theatrical return), you can see why shareholders may also have some concerns as well as the board.

On top of that, in some ways, you are now aiding your rivals. 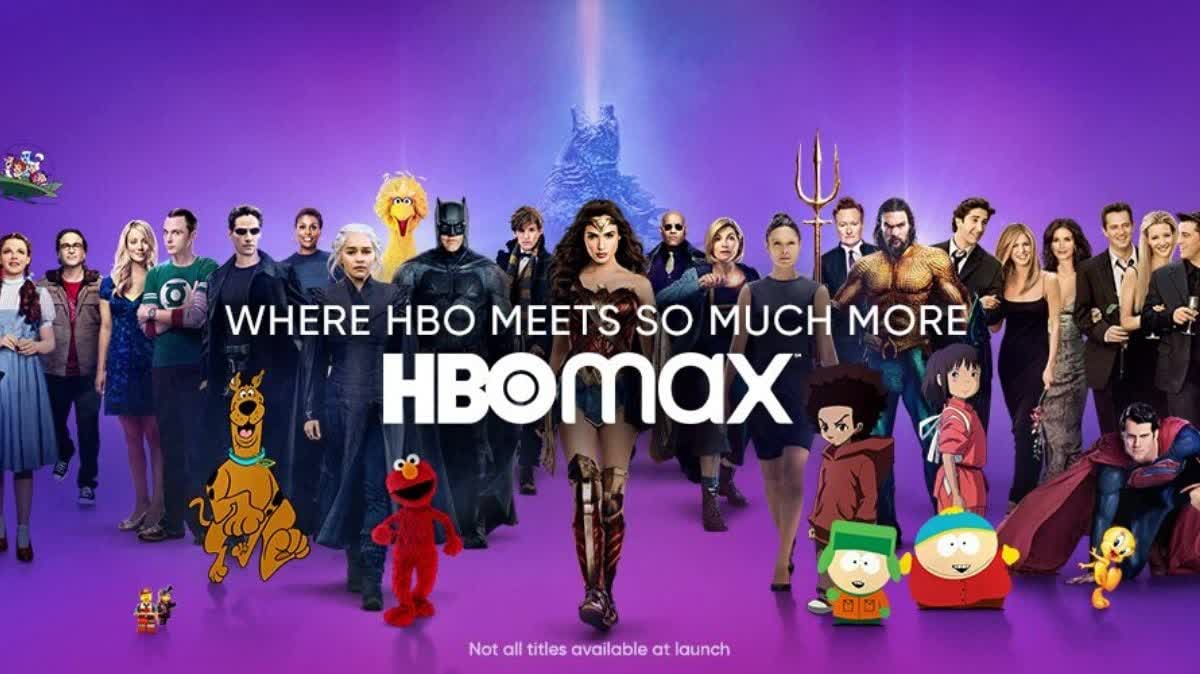 Some also go back to the argument that if WB didn’t do this for Tenet, why do it here? Well, the answer is it has more control. Nolan is historically very protective of his work and has a lot of caveats about how his films have to be shown. While it hasn’t been directly confirmed he was against a streaming debut – it stands to reason. And you don’t want to tick off one of your most bankable talents.

It is also worth noting Warner did finally bite the bullet and sent one of its films to streaming last month. However, comparing a movie like The Witches to either Tenet or WW84 isn’t a fair analogy, and comparing data and returns would not be very insightful.

So, realistically, if you are an investor, what is your best hope for a resolution? It really depends on what you are investing in, but for purposes of this piece, let’s look at it from a AT&T perspective. With news of a vaccine potentially coming as soon as next month and a report that 25% of the country could receive it by the spring, it’s not so farfetched to just hold the film until next summer.

Again, this is a massive franchise, and it is entirely possible by then people will be ready (and willing) to return to theaters.

The other telling aspect to me is that Warner Bros. recently unveiled a December release date for Tenet on Blu-ray and SVOD. Personally, I would have thought if utilizing HBO Max was something that was really gaining stream, the home-viewing releases would be delayed in favor of an HBO Max run as a trial, but what WB opted for is more the traditional approach.

As I’ve said before, I also think the real key to saving HBO Max from the negativity it’s facing in the market from analysts, investors and the public is making nice with Roku and Amazon. That’s the real silver bullet that will help, though again you could argue a large WW84-centric bump in subs is what AT&T needs to make the deal it is apparently waiting for…so you can see it from all perspectives.

Honestly, I’d love nothing more than to see WW84 go to HBO Max – if only because I’m fascinated by data and would love to see just what type of spike this spark has on the service. That said, it really is the equivalent of saying “burn it down” in regards the traditional model, and if others have yet to do and Warner Bros. didn’t want to in the fall, I doubt it will now.

Still, if 2020 has taught us anything, it’s anything is possible.