As GBP/USD meanders sideways, traders in the pair would do well to focus on the end of next week. UK Prime Minister Boris Johnson is due to reshuffle his senior ministers next Thursday or Friday – St Valentine’s Day – in a move that will send a strong signal on whether his team will take a hard line in the upcoming negotiations with the EU post Brexit or a relatively softer stance.

Inevitably, the reshuffle has already been dubbed the Valentine’s Day massacre by The Daily Telegraph newspaper, a reference to the 1929 killing in Chicago of seven gangsters. This time, the blood-letting is likely to be metaphorical rather than actual but it could still have a major impact on Sterling as traders weigh up whether Johnson’s new Cabinet is more or less likely to reach a negotiated trade deal that would be broadly positive for GBP.

For now, GBP/USD remains close to the 1.30 level, where it has traded since Monday’s slide, and has been largely unaffected by the hopes of a coronavirus vaccine and news that China will halve its tariffs on some US imports that have affected other markets. 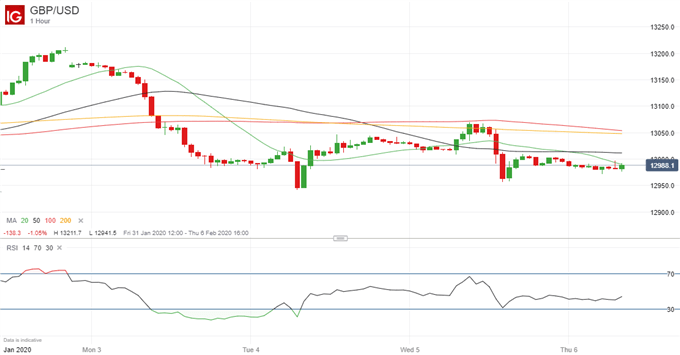 Meanwhile, it has emerged that Australia is near the top of the list for a post Brexit trade deal with the UK. “We have a trade relationship already worth £17 billion but we have the potential to do so much more,” UK Foreign Secretary Dominic Raab told reporters in Canberra. “Australia hopefully will be part of that first wave of high priority deals that we are pursuing,” he added after a meeting with Australian Foreign Minister Marise Payne.

Feel free to contact me via the comments section below