A temporary truce between the United States and France was reached Monday over France’s digital services tax and possible retaliatory tariffs from the US. The ceasefire on tariffs will continue until the end of the year according to a French ministry of finance official. French President Macron stated on Twitter yesterday that his discussion with President Trump was great and they will be working together to reach a deal and avoid escalation of tariffs. The Euro saw a spat of strength as news of the ceasefire crossed the wires but surrendered those gains into Tuesday trading.

The Trump administration was threatening tariffs up to 100 percent on $2.4 billion of French imports. This comes after France passed a digital services tax law last year aiming to impose a 3 percent levy on gross revenue generated from companies providing services in France. The move would overwhelmingly impact US companies like Google and Amazon, while having a minimal impact to France with their smaller footprint of digital services companies. 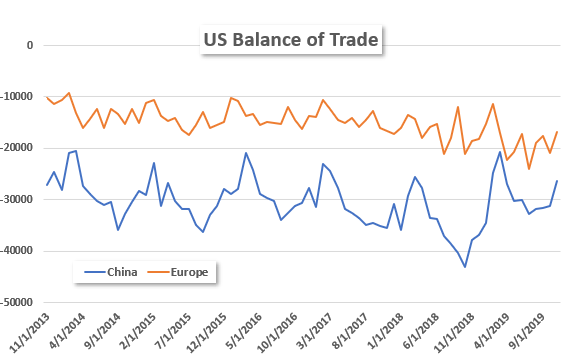 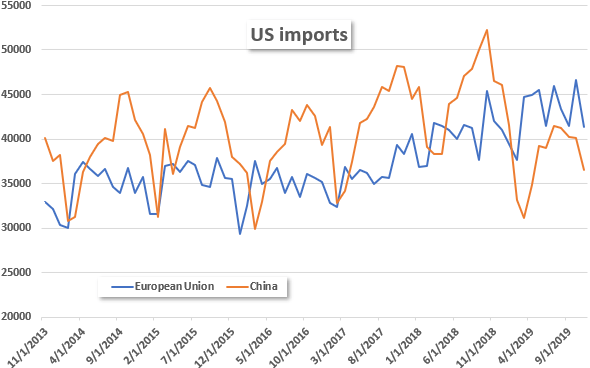 France along with other European Union countries have been searching for ways to generate more tax revenue in recent years as growth slows and corporate tax revenues continue to decline. A report from the US Trade Representative office found that France specifically aimed to target US companies, noting that French officials refereed to the tax as the “GAFA tax”, abbreviated for Google, Apple, Facebook, and Amazon. The USTR also noted that the DST implements several tax provisions that are not inline with the OECD model tax convention on income and capital, along with several other international tax regulations. 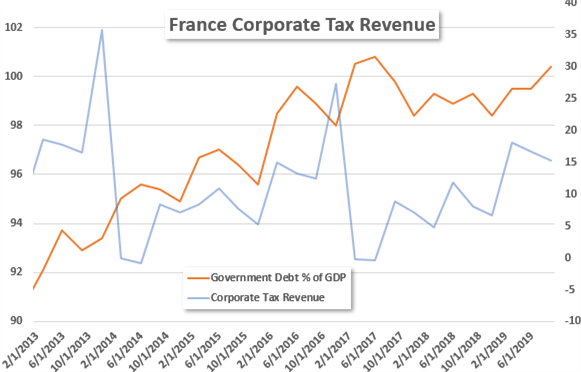 Tensions between the US and EU have already come under pressure in the past year as President Trump aims to reduce US trade deficits with its main trading partners. The US went ahead with placing tariffs of $7.5 billion on EU exports after a WTO ruling found the EU was illegal subsidizing the unions largest aircraft maker Airbus. Since then President Trump has also threatened the EU with auto tariffs but stated at the economic forum in Davos that “We expect to be able to make a deal with Europe.” Trump has a deadline imposed for auto tariffs but did not comment on an expiration, only saying it would soon become public.

J. Michael Jones Back in late November we wrote an article discussing taking profits in Haverty Furniture Companies (NYSE:HVT) that investors should wait until after the ex-dividend date before doing so as it would entitle […]