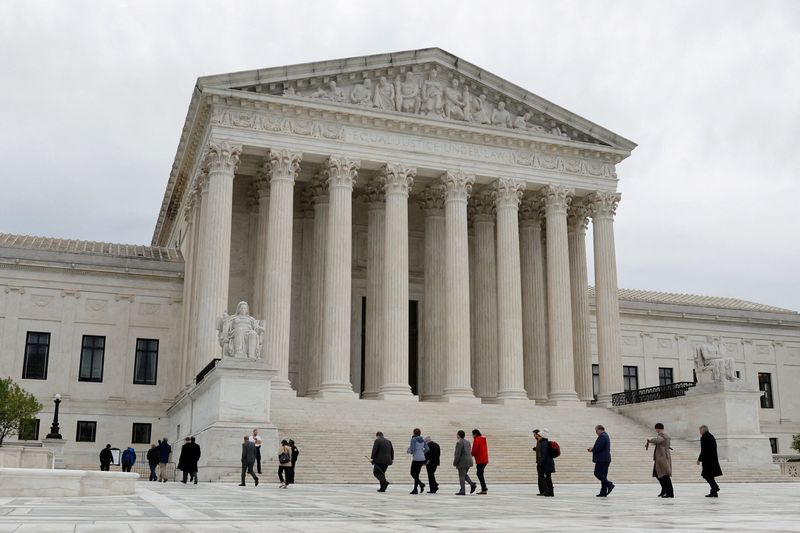 © Reuters. People walk across the plaza of the U.S. Supreme Court building on the first day of the court’s new term in Washington, U.S. October 3, 2022. REUTERS/Jonathan Ernst

WASHINGTON (Reuters) – The U.S. Supreme Court on Monday declined to hear an appeal by two former Platinum Partners executives of their conviction on charges that they defrauded bondholders of one of the defunct hedge fund’s portfolio companies as they seek a new trial.

The justices turned away an appeal by Platinum co-founder Mark Nordlicht and co-chief investment officer David Levy of a lower court ruling that reversed the trial judge’s decision to overturn their convictions after jurors found them guilty.