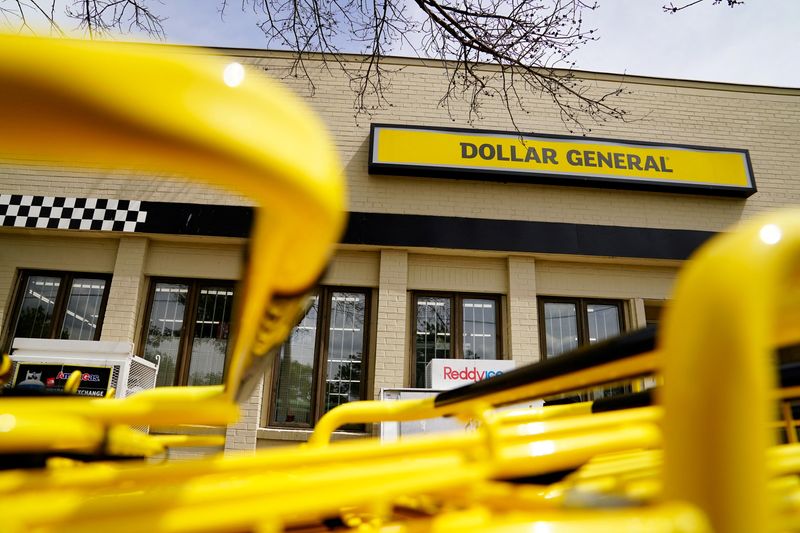 NEW YORK (Reuters) – Earnings from retailers this week illustrated a split in shopping patterns of more- and less-affluent Americans dealing with the highest inflation in four decades.

On Thursday, Dollar General (NYSE:) said shoppers were purchasing more food and beverage products instead of apparel, home and seasonal products. Rival Dollar Tree (NASDAQ:) said shoppers were responding “favorably” to its new “greater value” products and its broader range of items priced at $3 to $5.

Sales at its upscale Bloomingdale’s department stores rose 28% in the first quarter, while they rose 25% at its luxury beauty outlet Blue Mercury. Macy’s CEO Jeff Gennette said that at households earning more than $75,000 yearly, the customer was “very healthy, and spend levels were quite strong.”

Although households earning less than $75,000 yearly were “most affected” by inflation, Gennette said, they spent more time shopping at Macy’s discount outlets.

Michael Witynski, Dollar Tree’s CEO, said he was ramping up investments in labor, distribution and its supply chain.

“We are taking the necessary actions now to position ourselves for accelerated growth in what I view as the most attractive sector in retail, especially in the current macro environment,” he said on Thursday.

But even at Walmart, some more-affluent shoppers bought higher priced items such as gaming consoles and patio furniture.