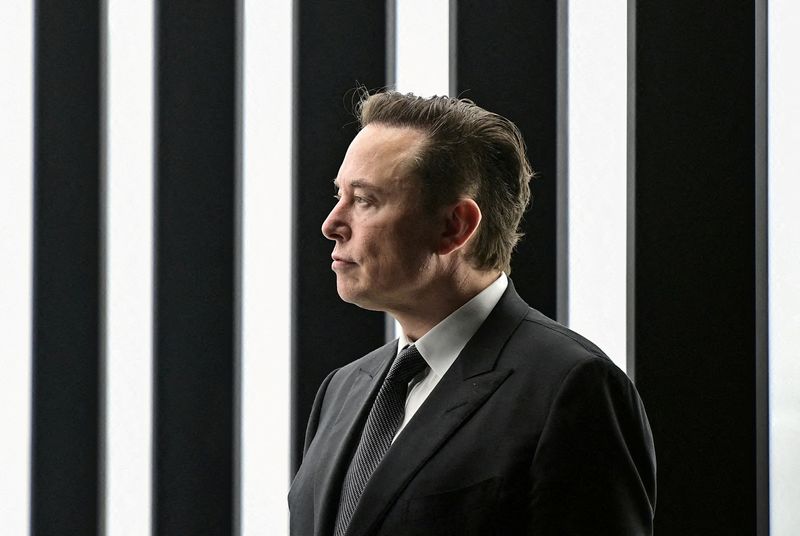 NEW YORK (Reuters) – Some well-timed trades in the options on Twitter Inc (NYSE:), in the days before Tesla (NASDAQ:) Inc’s top boss Elon Musk revealed a large stake in the social media company, are raising eyebrows among options analysts.

On Monday, Musk revealed a 9.2% stake in Twitter, making him the biggest shareholder in the company, and triggering a 26% rise in Twitter’s shares to over $49.

The news follows a flurry of bullish trading in Twitter’s options in recent days, including in call options betting on Twitter shares rising above $43 by April 29, or up more than 10%, which traded in noticeably large numbers.

“It certainly seems someone was aware of Musk building a stake, which is information that would likely be readily available across trading desks due to the significant size of the position,” said Joe Kunkle, founder of options analytics firm OptionsHawk.com in Philadelphia.

The trades stood out since they were betting on Twitter to advance sharply within a relatively short time frame, Kunkle said.

For example, someone bought 3,900 of the April $43 calls for about $530,400, just minutes before the end of the trading session on Thursday. In all, 21,706 of these contracts changed hands on Thursday, overnight making them the fourth-largest block of open contracts on Twitter, according to Trade Alert data.

“I find it interesting that the calls were bought in a big hurry, late in the day ahead of the end of the quarter. If I was a regulator, I would be looking into these trades,” said Steve Sosnick, chief strategist at Interactive Brokers (NASDAQ:).

“It’s not a smoking gun, but it deserves scrutiny,” he said.

The U.S. Securities and Exchange Commission scans for unusual trades ahead of news announcements and has used such data to bring insider trading probes in the past, public filings show.