Diversification is a protection against ignorance. It makes very little sense for those who know what they are doing. – Warren Buffett

I am tired. I am tired of everyone using phrases to talk about stock market returns and not validating the content for themselves. “Don’t Fight the Fed” is one that has been used for the last decade, and the premise is: If the Federal Reserve is dovish and using easy monetary policy, buy stocks. Which, yes, it’s true, but only to a point. The problem I have with the statement is that everyone is using it at all times during Fed easing, without looking at the actual returns of the stock markets during Fed easing times. There’s a difference. A good time to say that phrase might be after a massive market collapse, but what good is it doing when valuations are at extremes and the markets have rallied over 50% off the lows? It’s counter productive, and not actually true. Sometimes, you should fight the Fed – just be sure to not talk about it. 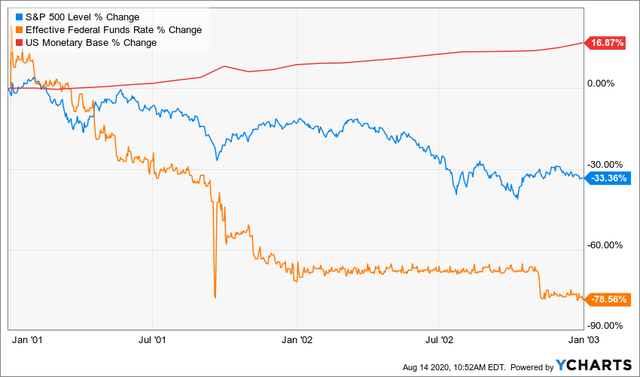 Remember the early 2000s? Those were the days. Illegally downloading songs off Napster, adding .com to your basement company to get million-dollar valuations, and the like. Oh, and the Tech Bubble and stock market collapse. Here’s point 1 against “Don’t Fight the Fed,” as you can probably assume what the Fed did once stocks started to collapse. From January 2001 to January 2003, the Fed expanded their monetary base by about 17% (nothing compared to today’s expansion, of course), but they also dropped the effective Fed funds rate from over 6% to 1% – a decline of over 78%, and clear monetary easing. If you didn’t fight the Fed in that period, you would have lost over 33% in your S&P 500 index fund. Trust me, you wouldn’t have felt good about that saying if you invested your life savings in 2001. And yeah, the market rebounded after that – but even a year later in January 2004 you would have still lost almost 16% in your stock market returns, even as the Fed dropped rates further. 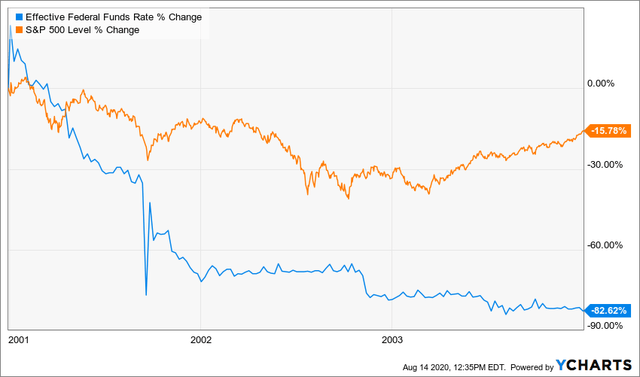 Prior to now, as well, the last time we didn’t want to fight the Fed might have been during the 2007-2009 period. That’s when the Federal Reserve dropped rates by more than 95%, and expanded the monetary base by almost 89%. Guess what? Not fighting the Fed lost you more than 48% on your passive S&P 500 index fund. I’m starting to think that people who say “don’t fight the Fed” might not actually backtest their strategies, and instead just rely on nonsensical sayings to manage their investment portfolios. Not something I want to do with my life savings, but to each their own, I guess. 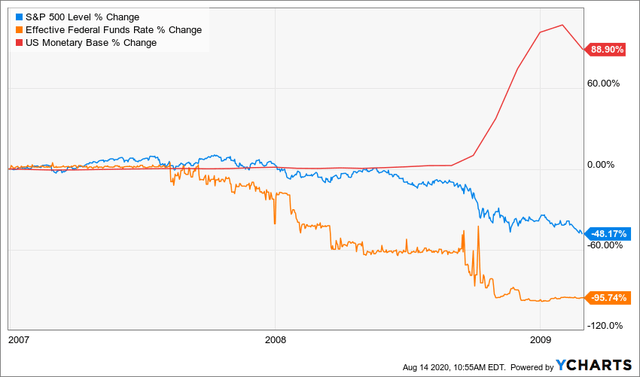 But wait, there’s more! I’m old enough to remember the Great Depression of 2020, and can look at what happened during that time, too. Note that some of the monetary base expansion is not yet included in the graph, but I can assure you, it was more than 6.2%. The Fed went into easing mode around mid 2019, after raising rates to a whopping 2.4%, they eventually ceded and started monetary easing policy in late 2019. That was before Covid-19, by the way. In November and December, a lot of people were saying to not fight the Fed, as the markets were surging and the Fed was busy lowering rates to around 1.6%. And if you continued to not fight the Fed throughout March 2020, you would have lost about 24% by not fighting them as they dropped interest rates by 92% and increased the monetary base. Not a great return from running from the fight. 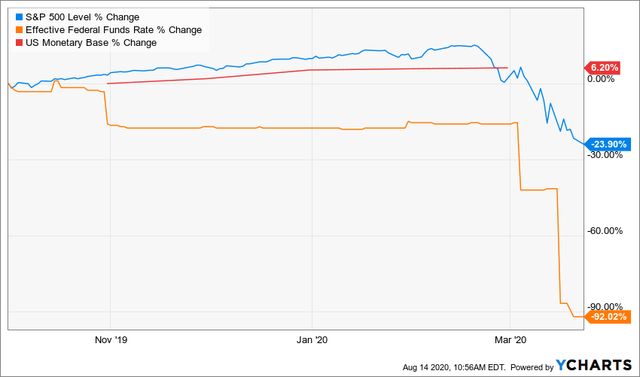 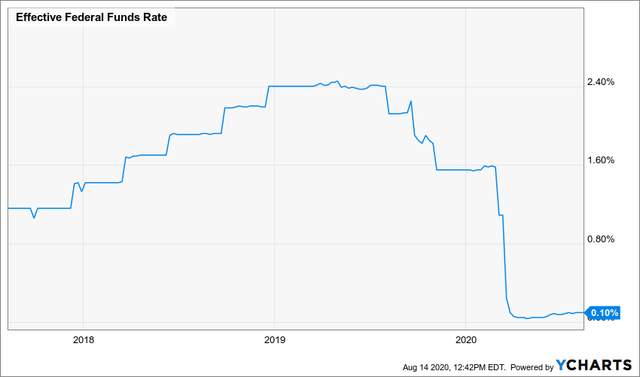 At the end of the day, we need a more thoughtful discussion on investing and less headline takes. Maybe the correct phrase could be “don’t fight the Fed after the market has a major pullback” because that would be a better investing strategy. However, there are plenty of times where you should not back down and you should Fight the Fed Bully. Punch him right in the face after a massive 50% rally, especially as the conditions for a market pullback increase, and warning signals like massive rally in risk-off assets like Treasuries, utilities, and gold happen.

The first rule of Fight the Fed Club? Fight them when the conditions are right to.

Sometimes, you might not realize your biggest portfolio risks until it’s too late.

That’s why it’s important to pay attention to the right market data, analysis, and insights on a daily basis. Being a passive investor puts you at unnecessary risk. When you stay informed on key signals and indicators, you’ll take control of your financial future.

My award-winning market research gives you everything you need to know each day, so you can be ready to act when it matters most.

Additional disclosure: This writing is for informational purposes only and Lead-Lag Publishing, LLC undertakes no obligation to update this article even if the opinions expressed change. It does not constitute an offer to sell, a solicitation to buy, or a recommendation regarding any securities transaction. It also does not offer to provide advisory or other services in any jurisdiction. The information contained in this writing should not be construed as financial or investment advice on any subject matter. Lead-Lag Publishing, LLC expressly disclaims all liability in respect to actions taken based on any or all of the information on this writing.

Sportsman’s Warehouse Holdings (SPWH) extended its good performance from Q1 into Q2, with tailwinds looking to continue for its second half. The company is benefiting from the decision made by other retailers to limit or […]