A much weaker-than-expected ADP employment report failed to contain the risk appetite in US stocks, which extended the record-scrapping rally into a fifth consecutive month. The ADP report showed 428k private jobs were added in August, compared to earlier forecasts of 950k. The reading will probably weigh on expectations of this Friday’s non-farm payrolls report, which foresees 1.4 million new jobs created in the month of August.

Asia-Pacific stocks may follow the strong US lead and move higher on Thursday, as suggested by futures markets. This is despite the rising volatility in US shares. The closely-watched VIX index continued to nudge higher to 32.52. The last time we saw a positive correlation between the VIX and the S&P 500 was in early January 2020, one month before the Covid-19 outbreak led to a meltdown in global equities. 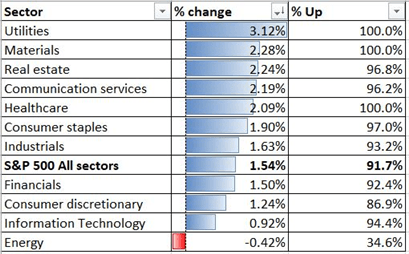 Technically,the S&P 500 is riding a strong bullish trend as suggested by its 20-, 50- and 100-Day Simple Moving Averages (SMAs). Immediate support and resistance levels can be found at 3,533 (127.8% Fibonacci extension) and 3,692 (161.8% Fibonacci extension) respectively. The RSI indicator, however, is deeply into the overbought zone above 70, and thus may suggest a potential technical pullback ahead. 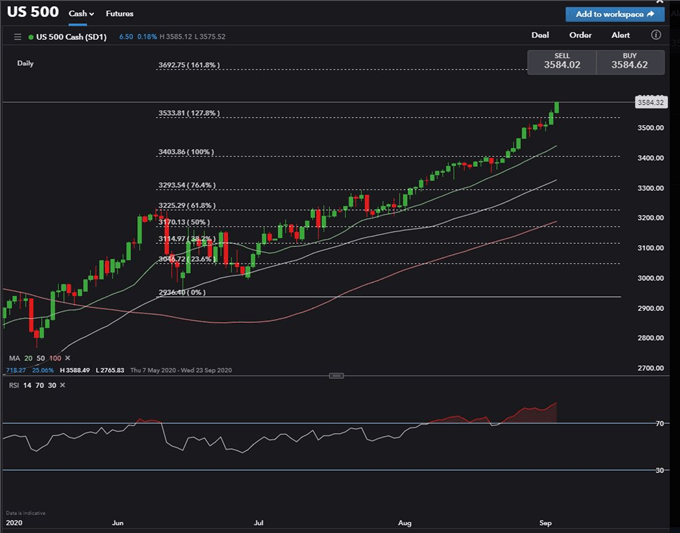 Technically, the Nikkei 225 may attempt to break above a key resistance at 23,300 with strong upward momentum. Clearing this resistance will probably lead to more upside towards the next major resistance at 24,000. 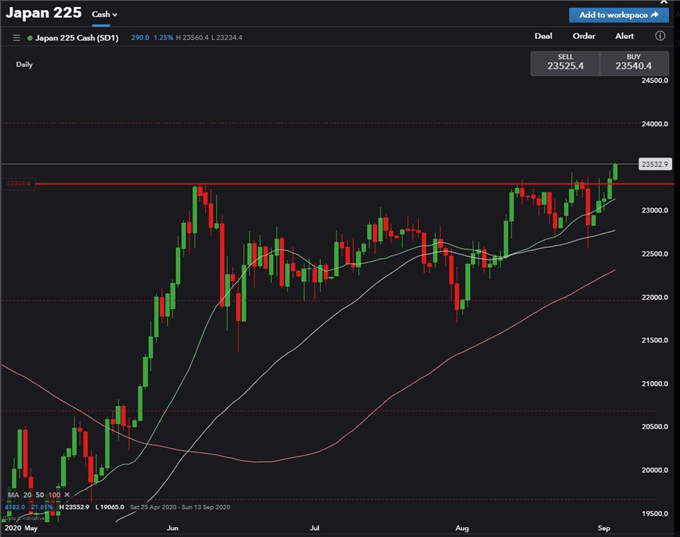 Hong Kong’s Hang Seng Index may rebound after a three-day consolidation, according to the futures market. Positive sentiment from the US markets may boost Asia-Pacific stocks, while the retracement in Tesla (-5.83%) and Apple (-2.07%) overnight risking cooling the ‘tech fever’ in Asia.

Technically, the Hang Seng Index has likely found strong support at 25,000 and has since rebounded. It may continue to range within the “Ascending Triangle” pattern as highlighted in the chart below. An immediate resistance level can be found at 25,220 (38.2% Fibonacci retracement), followed by 25,540 (50% Fibonacci retracement). 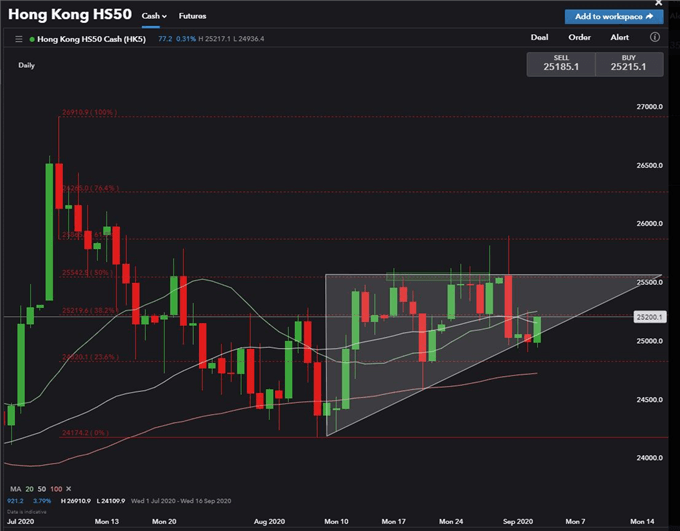