RusHydro (OTCQX:RSHYY) recently presented its Q4 2019 operational results, which turned out to be quite solid, taking into account the sharply negative trend of the first half of the year, when the year-over-year decline amounted to massive 13.1%. Meanwhile, the stock continues to grow, fueled by rumors and some moderately positive news, but it is hard to give a Buy recommendation, as people seem to expect too much in too short a time.

The total volume of electricity generation in Q4 increased by 13.3% as compared to the same period of 2018, to 35.2 billion kWh. Together with Boguchanskaya HPP (a 50/50 RusHydro-Rusal (OTC:RUALF) JV), the company has shown an insignificant decrease by 1% Y-o-Y and has produced 142,8 billion kWh.

According to the Hydrometeorological Center of Russia, the following dynamics of water inflow to the main reservoirs are expected in Q1 2020:

Overall, even though the Q4 results are solid, they’re unlikely to affect the company’s dividends for 2019, which (due to a decrease in IFRS profit) will be determined by the average level of dividend payments for the previous three years, namely, 3.6 kopecks per share (which equals to a ~5% dividend yield). 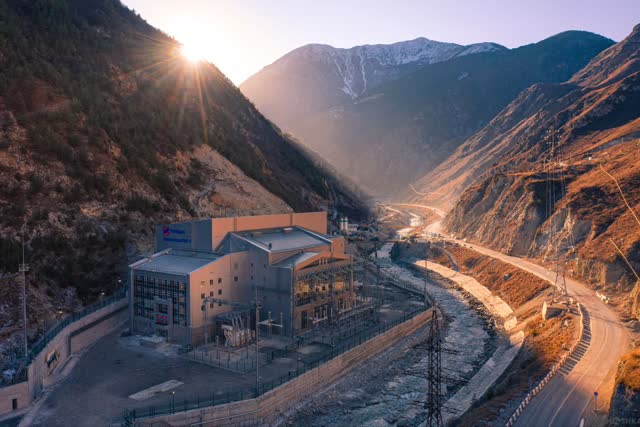 Zaramagskaya HPP-1 is built under the Capacity Supply Agreement (Russian abbreviation: DPM). The company expects to start receiving guaranteed payments for provided capacity, which should add about 8-10 billion rubles to its EBITDA (+8-10%) and will actually become the main source of the company’s profit and dividend growth in 2020.

The company’s four new projects in the Far East are likely to be financed through a new price premium, according to Kommersant. Thus, electricity consumers all over the country will involuntarily guarantee the return of RusHydro’s investments totaling approximately 171 billion rubles.

The profitability of these projects has been set at only 12.5%, not 14% as for similar projects in price zones. (You can read more about price zones in my first article about RusHydro.) Although, given the declining interest rates, this is a good rate for a guaranteed income anyway.

For consumers, especially for large businesses, this is not very pleasant news, but for RusHydro and its shareholders, it is a positive scenario. So far, the revaluation of investment costs on unprofitable projects in the Far East puts pressure on the company’s dividends. In this regard, the guaranteed return on new investments may have a positive impact on dividends.

Since December, the stock has grown and continues to get hyped in a sprint pace, but people seem to miss the point that this particular case is a marathon. Investors continue to expect the company to start the reorganization of its loss-making assets anytime soon, but the forward contract between RysHydro and VTB expires in 2025, therefore the company has 5 years to seek ways of dealing with Far East assets and increasing its market capitalization. Time will show how many patient investors there are in the stock (I very much doubt it is the majority), so I personally expect the market may well provide a more attractive entry point in the mid-term.