They say a picture is worth a thousand words

Is this the Fed, the government, corporate America, the over-leveraged consumer, financial markets in general, market participants, or all together perhaps? Who is riding this bear, and where is it ultimately headed? 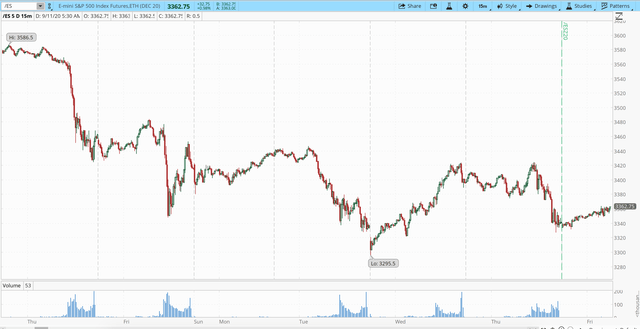 Looks like a relatively orderly decline downwards, for now. SPX bounced off its roughly 8% correction low. So, we may be looking at a normal, mild, 8% or so double bottom correction, or we could see the current downtrend continue to lower levels. I believe the point to watch closely here is 3,300, because if this all-important technical level gets taken out SPX could easily decline to next support 3,200, then possibly even 3,000 or lower if panic selling sets in. I don’t think the Fed has invented a cure for corrections just yet.

Speaking about the Fed 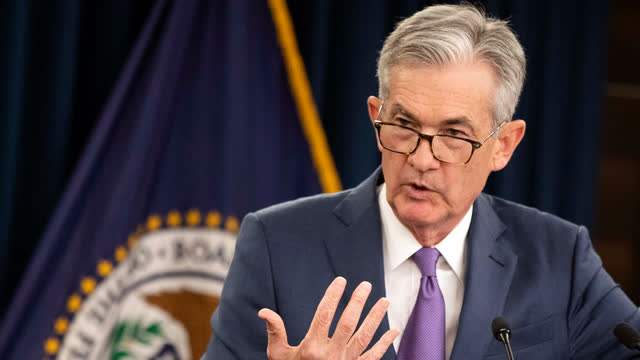 The Federal reserve is leading the charge, as it has essentially pledged countless of trillions along with QE unlimited to enable America to pull through the mess it is in right now. Sky-high unemployment, rising (more than anticipated) inflation, looks like a recipe for stagflation. We could be entering a period of prolonged stagnating economic growth in a heightened inflationary environment.

You know, these figures may look like they are declining rapidly, but that is likely due to transitory factors. Also, the real unemployment may be substantially higher than “official” figures suggest. Furthermore, it is crucial to consider that the all-important tourist season is about to end, and it could be a very cold fall and winter for many unemployed families this year. Thus, it is likely that certain estimates concerning future growth may be far higher than the economic reality will eventually show. Such a scenario is likely to lead to (eventually) worsening corporate profits as well as less spending from the consumer end, who accounts for a staggering portion of U.S. GDP (70% personal consumption). So, who will come to save the day?The Fed of course, as the market has gotten extremely used to the Fed’s continuous easing program. The Fed has propped up markets so many times in the past, and even hinted at higher inflation targets going forward. Chair Powell and the Fed have been quite proactive in returning faith into the financial system. However, they can not return everything that is being lost in the mainstream economy. 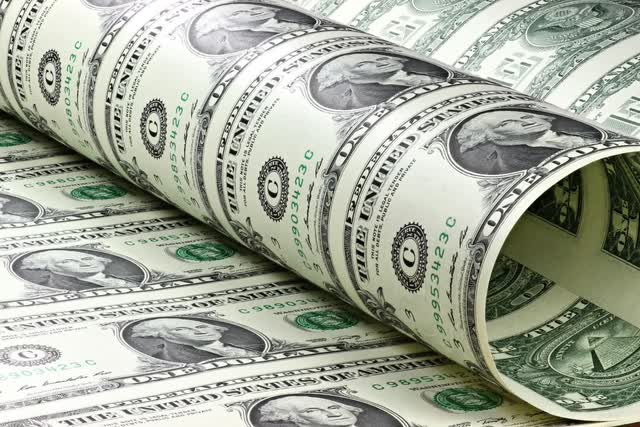 Flooding the finical system with more money when many segments are over leveraged already does not seem like a constructive long-term solution. Neither is back stoping trillions in debt, which includes junk bonds, and just about any other kind of bond, note, or bill you can think of.

Essentially, U.S. Treasuries pay for everything now, as they are the main instrument behind “QE unlimited”. My question is how much is too much? How much longer can this last?

Debt is Becoming a Huge Issue

The U.S. debt clock really says a lot. For instance, 153% debt to GDP ratio suggests rates are likely headed even lower. Furthermore, future economic growth will likely be more difficult to achieve, due to higher debt, deficits, and servicing payments.

Ultimately, a continuous money flow of more and more dollars may be needed to minimize, or to deflate away some of the U.S.’s massive $26.7 trillion national debt burden. Also, despite the Fed’s rhetoric, it is possible that some treasury rates could eventually turn negative. What then, who would want to hold a negative or minimal yielding U.S. T-bond with higher inflation on the way? Well, most yields are minimal already in fact.

Stocks and the Economy

Stocks are obviously all very diffident, but in general we can probably expect a weaker overall economic environment due to more likelihood of a prolonged downturn.

Today we get CPI numbers, and I expect they will be slightly higher than the estimates, implying inflation is likely to rise going forward (good for GSMs). We also witnessed higher than expected PPI numbers yesterday, a phenomenon likely to weigh negatively on many corporate and consumer costs going forward. 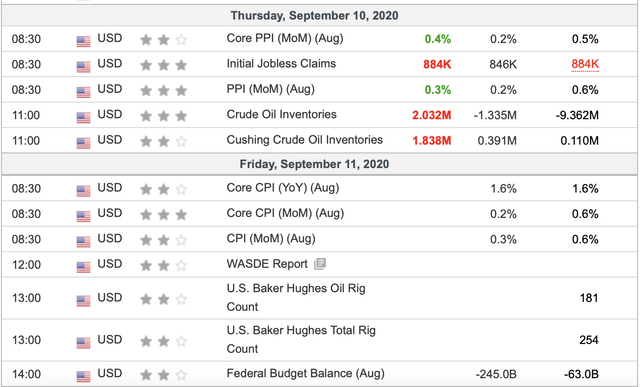 I believe this stagflation like, sluggish economic environment could continue for some time. Possibly as long as 1-2 years, and we may even see economic declines (recession like conditions) persist in the near to intermediate term in my view.

Therefore, I believe high flyer, high multiple like technology names as well as other stocks in various segments could have a rough time providing substantial returns over the next 6-12 months.

More stimulus is likely needed, and more stimulus provides a potential catalyst to lift gold and silver prices to new highs after their recent slumps.

What this is Ultimately Good For

Gold, silver, gold and silver miners/GSMs are likely to benefit as the Fed perpetually increases its balance sheet and the monetary base. Gold, silver, and the companies that derive precious metals should proceed higher in the upcoming economic environment in my view.

Some of our favorite names include:

Kinross Gold (KGC), Pan American Silver (PAAS), Kirkland Lake Gold (KL) as well as others we can track in our real-time portfolio. 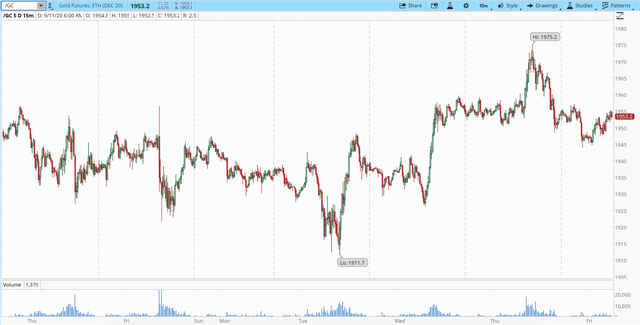 Gold looks relatively constructive here, possibly consolidating before its next move higher. A key technical level to get above is $1,960, then $1,980-$2,000. After that, I think we can start seeing some new highs.

To the downside, $1,920 continues to serve as solid long-term support. However, if this level gets taken out, gold can correct back to around the $1,900-$1,875 level support.

Additionally, gold futures are forming a downward sloping triangle, showing that the trading range is narrowing, and implying that a major move is likely approaching. I expect that the move will be to the upside, given the fundamental factors discussed in this article. 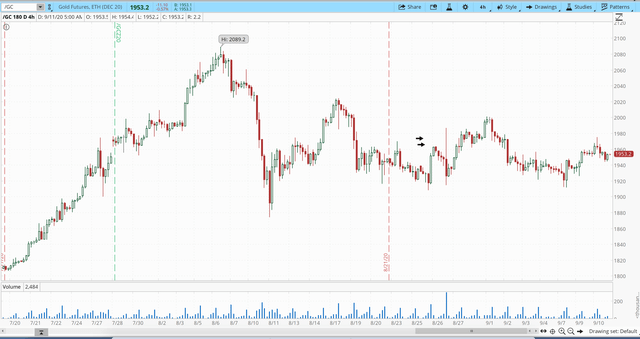 Our portfolio strategy is to continue to hold roughly 30% of assets in GSMs and have limited exposure to the general stock market, until the dust settles and it becomes clearer whether the bottom is in or if there is more potential downside ahead.

We own some select stocks, but our non-GSM stock exposure is only at about 13% of total portfolio holdings. However, another area we see a lot of promise in is the Bitcoin/blockchain enterprise market, in which we have about 25% exposure to right now.

Have a good day of trading, all the best to everyone.

Want the whole picture? If you would like full articles that include technical analysis, trade triggers, portfolio strategies, options insight, and much more, consider joining Albright Investment Group!

Disclosure: I am/we are long KGC, KL, PAAS. I wrote this article myself, and it expresses my own opinions. I am not receiving compensation for it (other than from Seeking Alpha). I have no business relationship with any company whose stock is mentioned in this article.

Additional disclosure: This article expresses solely my opinions, is produced for informational purposes only and is not a recommendation to buy or sell any securities. Please always conduct your own research before making any investment decisions.