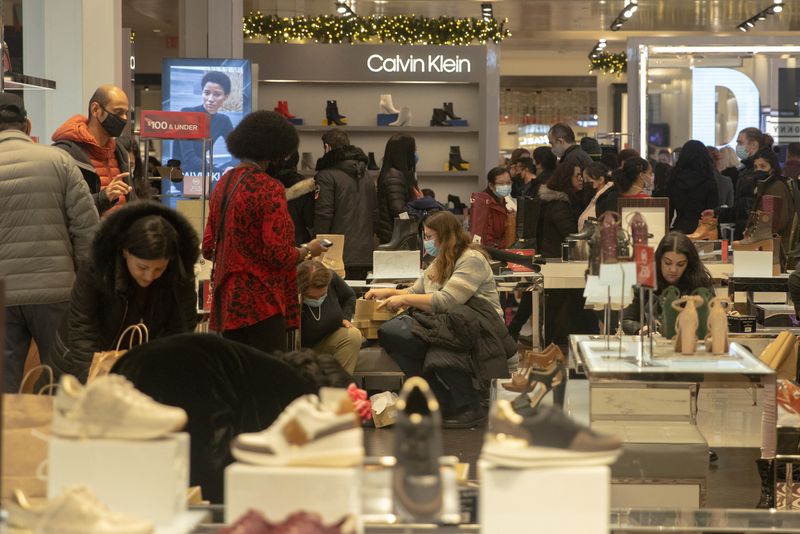 NEW YORK, October 6 (Reuters) – Several major retailers including Walmart (NYSE:) are directing the majority of their holiday hires to work on store floors this year as Americans shift to shopping in-person rather than mostly online.

Walmart Inc told Reuters that 36,500 of its seasonal hiring jobs this year are in-store roles. That’s 91% of the 40,000 total new holiday jobs it disclosed in September. The remaining 9% will go to call-center service employees and truck drivers, Walmart told Reuters.

Party City said it plans to hire about 20,000 seasonal staffers ahead of Halloween, 3,000 more than it hired last year, for roles at over 750 Party City retail stores and 150 Halloween City pop-up locations. About 10% to 15% of seasonal employees will be offered permanent positions at the end of the season, the company said.

Arts and crafts retailer Michaels Companies (NASDAQ:) Inc is hiring 15,000 seasonal positions ahead of the holiday season, down from the 20,000 it hired last year. One hundred percent of the new staffers will be serving stores, as they did last year, the spokesperson said.

Decades-high inflation is likely to drive many shoppers to hunt for discounts and bargains at physical stores. “Retail store traffic will increase over the holiday season, whereas e-commerce demands will perhaps remain steady,” said Corey Berkey, senior vice president of people and talent at human resources services firm Employ Inc. “Retailers will need to react to that big shift and adjust their in-store staff.”

Plans to shop at mass merchants such as Walmart and Target Corp (NYSE:) grew the most from 2021, NPD said, while plans for e-commerce shopping saw the biggest decline.

Walmart is not hiring more seasonal distribution center workers this year because it is staffed up in that area, Jimmy Carter, a spokesperson for the company told Reuters. Last year, Walmart hired 150,000 new U.S. store workers, most of them in permanent, full-time roles. The company also hired 20,000 supply chain workers to staff its more than 250 Walmart and Sam’s Club distribution centers (DCs), online order fulfillment centers and transportation offices. It did not specifically add call center and truck driver roles last year.

Macy’s Inc (NYSE:) CFO Adrian Mitchell told Reuters last month that shoppers making earlier Christmas travel plans would mean an early start to holiday gift shopping at its stores- a phenomenon it would benefit from in terms of staffing.

“It certainly makes it easier to manage the flow of inventory and staff the team in stores,” Mitchell said.

The department store operator announced in late September that it would hire more than 41,000 seasonal workers, about 7,000 fewer than it had hired in 2021, mostly for in-store positions at its Macy’s, Bloomingdales and Bluemercury outlets.

Big-box retailer Target said it would hire up to 100,000 seasonal workers, same as last year, but lower than the 130,000 it hired in 2019 and 2020. Target said it was hiring for holiday season roles that included keeping stores stocked.

Dick’s Sporting Goods (NYSE:) in September said it was hiring for positions at its namesake stores and subsidiaries Public Lands, Field & Stream and Going, Going, Gone!