The Census Bureau’s Advance Retail Sales Report for January was released on Feb. 14. Headline sales came in at 0.26% month-over-month to one decimal and were at the Investing.com forecast. Core sales (ex Autos) came in at 0.29% MoM (to two decimals).

Here is the introduction from the report:

The chart below is a log-scale snapshot of retail sales since the early 1990s. The two exponential regressions through the data help us to evaluate the long-term trend of this key economic indicator.

The year-over-year percent change provides another perspective on the historical trend. Here is the headline series. 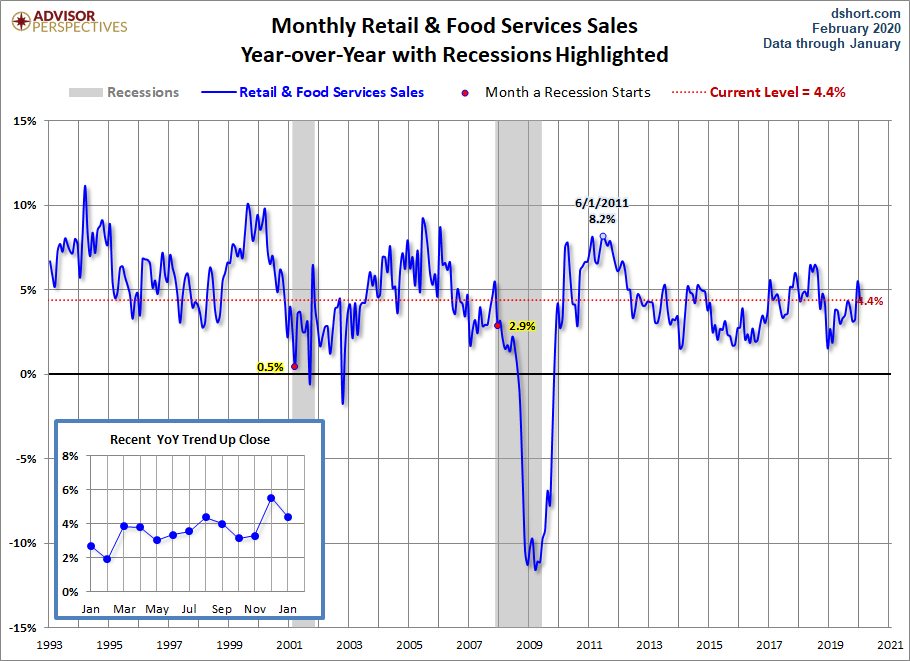 Here is the year-over-year version of Core Retail Sales. 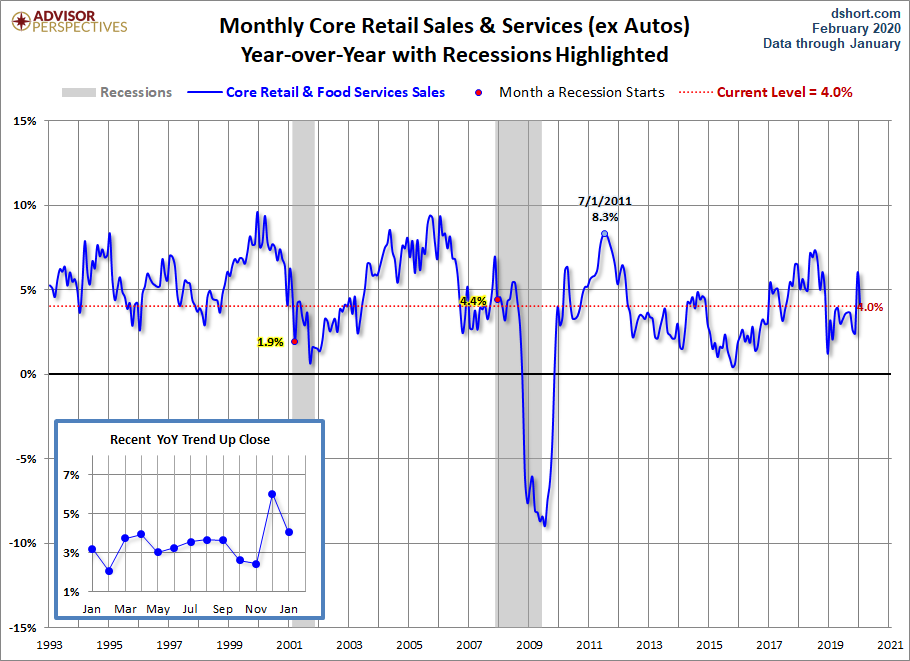 The next two charts illustrate retail sales “Control” purchases, which is an even more “Core” view of retail sales. This series excludes Motor Vehicles & Parts, Gasoline, Building Materials as well as Food Services & Drinking Places. The popular financial press typically ignores this series, but it is a more consistent and reliable reading of the economy. 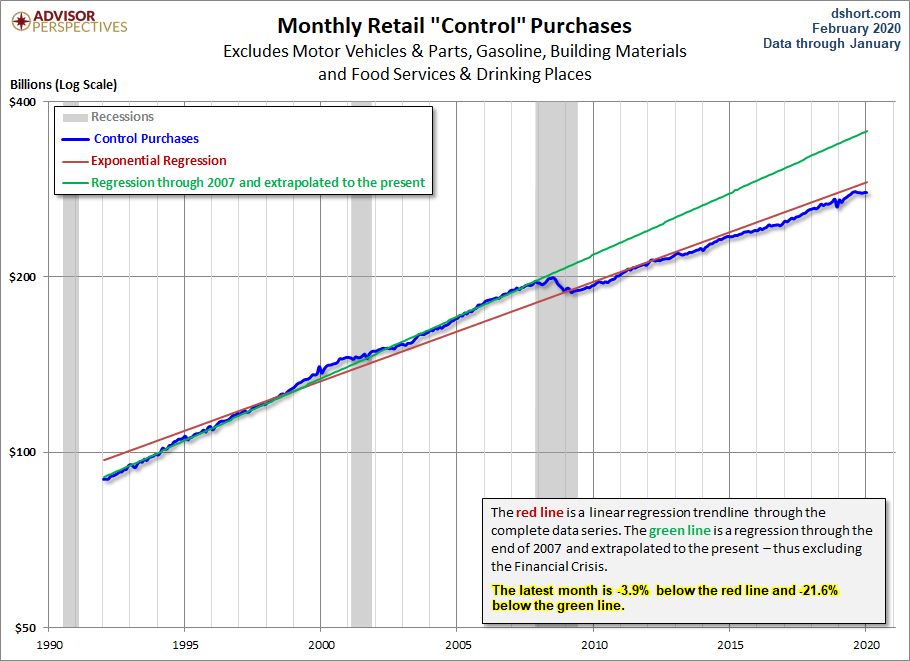 Here is the same series year-over-year. Note that the current level is near the start of the recession in 2001 and its highest since the Great Recession. 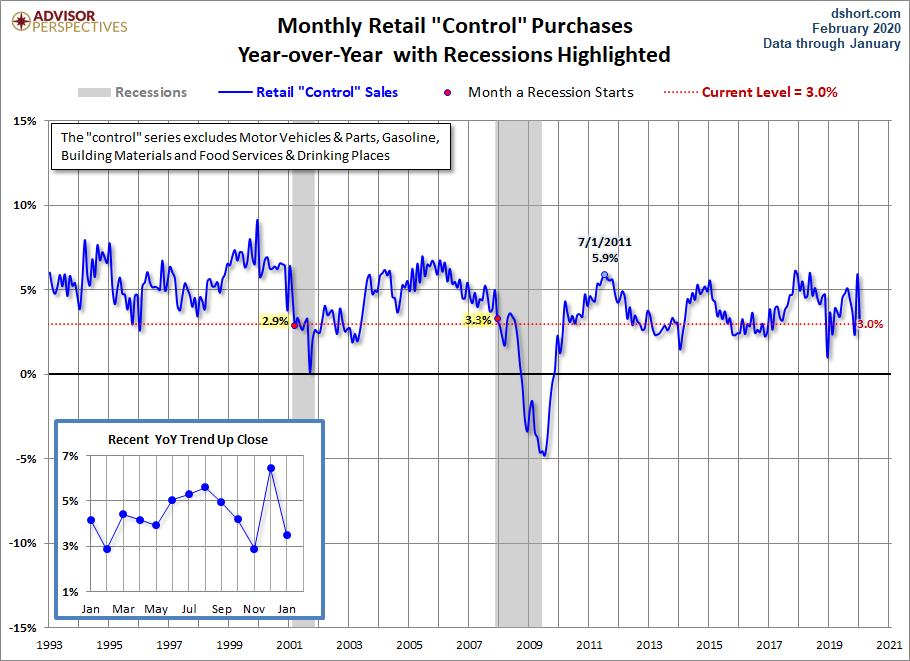 For a better sense of the reduced volatility of the “Control” series, here is a YoY overlay with the headline retail sales. 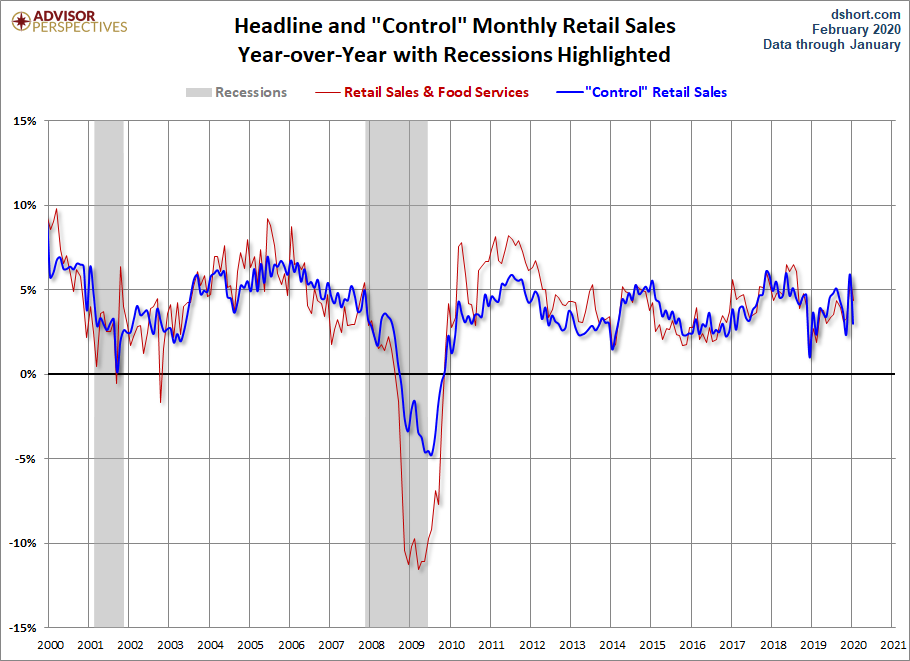 Bottom Line: January sales saw another increase month over month and were at forecasts. When FRED publishes its data, we’ll take a closer look at Real Retail Sales.