Enter the dilemma of Orezone Gold (OTCPK:ORZCF), which most recently announced a most disappointing equity financing, raising ~C$20 million in proceeds by issuing a new batch of shares at C$0.54/share (much closer to 52-week lows than highs) and also having to bite the bullet and do something that the company has historically shied away from doing, and that’s doling out warrants (i.e., half warrants with a very generous 3-year expiration term) as a sweetener.

As shown below, over the past year, shares of Orezone Gold hit a high of C$0.88/share and are now trading at C$0.50/share (slightly lower than where the bought deal price was set at). 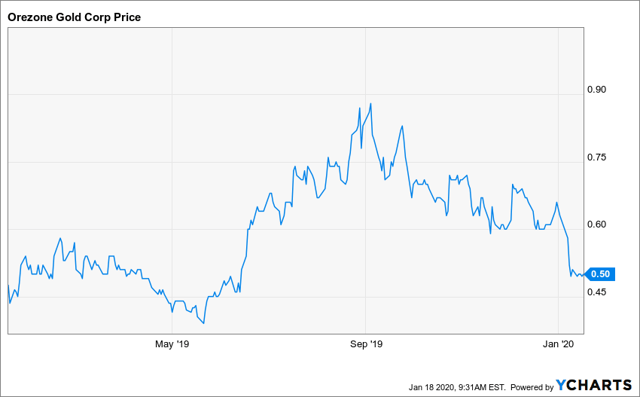 From the latest corporate presentation slides, it can be seen that the cash balance at Orezone was quickly depleting, so the need for a capital raise event in and of itself was not a surprise. 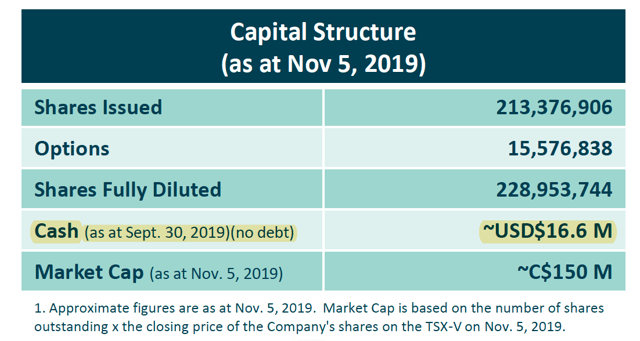 Unfortunately, for Orezone Gold, though, the timing didn’t work out well at all, as the need for more funding came at a most depressed time, coinciding with the following most brutal (and shocking) headline. 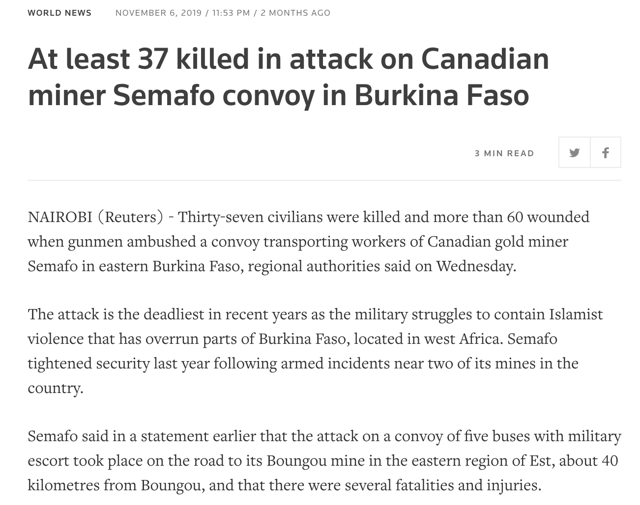 Shortly, thereafter, this past December, Semafo issued a corporate update, announcing the closure of its Boungou mine, which would remain so until the region and roads could be deemed to be safe and secure.

Another black eye for Burkina Faso, and one yet again directly related to and impacting mining.

In the past, I’ve made mention in a previous article covering Orezone, the company’s flagship Bomboré Gold Project is actually located much closer to the center of Burkina Faso (not too far away from the capital of Ouagadougou) than it is to the border regions of the country where much of the conflict and violence is actually taking place. 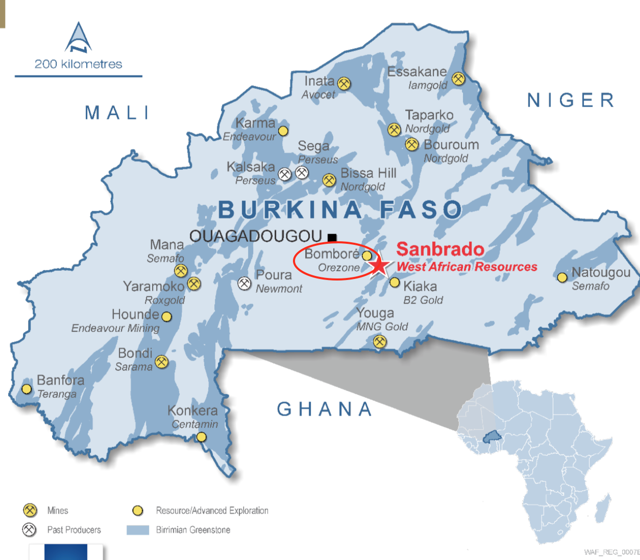 As the following heat map of Burkina Faso will better illustrate, it’s the border regions (e.g. Mali, Niger, Benin, Togo, etc.) that are of the greatest concern. 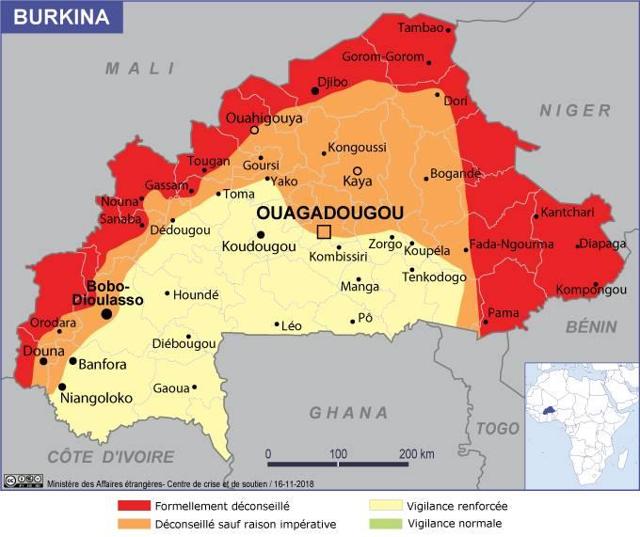 In the case of Semafo and their Boungou mine, it’s located in the East region, which is on the east side of Burkina Faso. 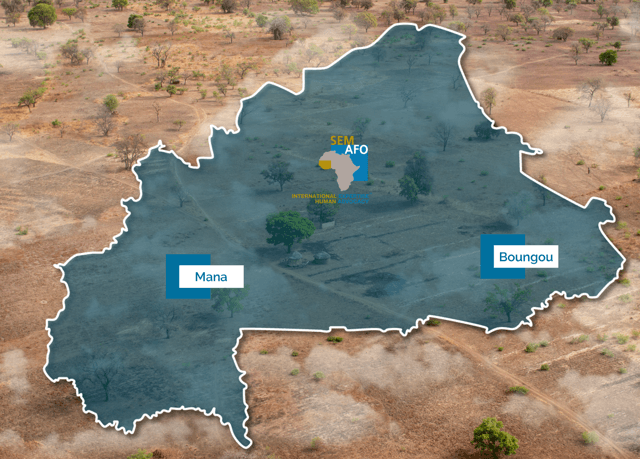 Be that as it may, reported fatalities all across Burkina Faso have spiked profoundly in recent years (particularly in 2019), and the uptrend is most troubling. 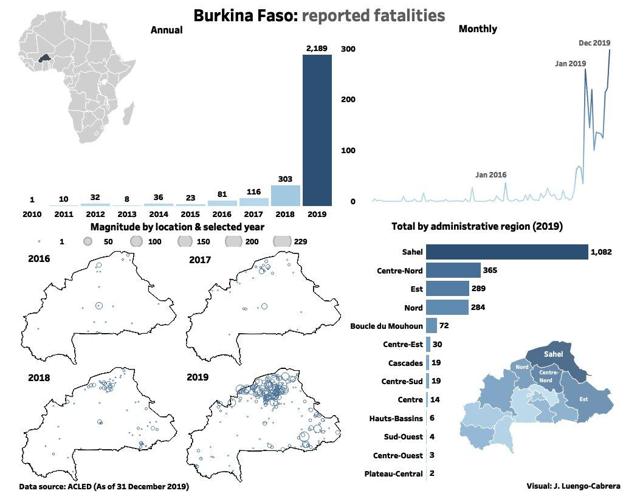 In other words, yes, even though there are nuances involved with individual jurisdiction risks inside of Burkina Faso, on the whole, a speculation into this region of the world, such as through owning shares in a company like Orezone Gold, isn’t suitable for everyone, only the bold; please do your own thorough research and due diligence before making any investment decisions.

Having said all of that, the speculation thesis for Orezone Gold and its Bomboré Gold Project was enhanced last June when the company published (yet another) Feasibility Study, this time looking to incorporate a Phase II sulphide expansion scenario.

From the June 2019 Feasibility Study (FS) for Bomboré, we can see that Orezone was able to increase its average annual gold production output to 117,760 ounces/year, over a 13.3-year life of mine (from 83,271 oz/year over 12.3 years, previously), while keeping All-In Sustaining Costs (AISC) low at $730/oz (from $746/oz, previously). In addition, the company was able to introduce a new sulphide circuit during Phase II to boost production output while only slightly raising the initial CAPEX bill to a still modest $153 million (from $143.8 million, previously). 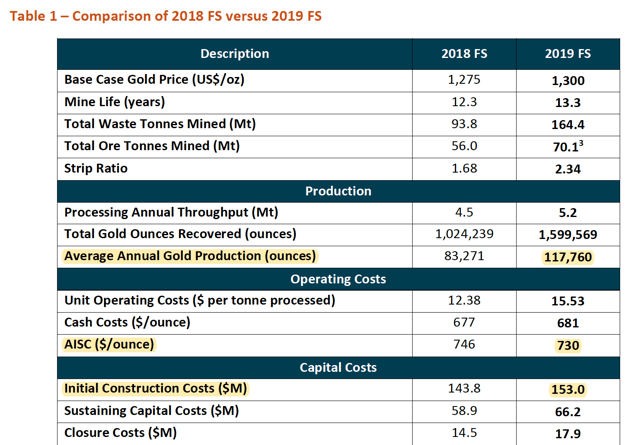 As a result of all the new changes, Orezone was able to present to the market some pretty compelling project economics, showing that the Bomboré Gold Project on paper can offer an after-tax NPV (5% discount rate) of $361 million and an after-tax IRR of 43.8% while assuming what now appears to be a conservative gold price assumption of $1,300/oz.

When plugging in $1,500/oz gold, the numbers improve considerably, with the after-tax NPV (5% discount rate) rising to $520 million and the after-tax IRR jumping up to an impressive 61.4%. 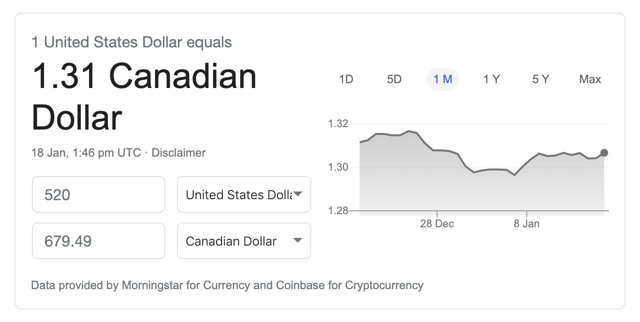 The current share price of ORE.V (the native ticker symbol of ORZCF) is C$0.50/share, and the market cap is only ~C$107 million. 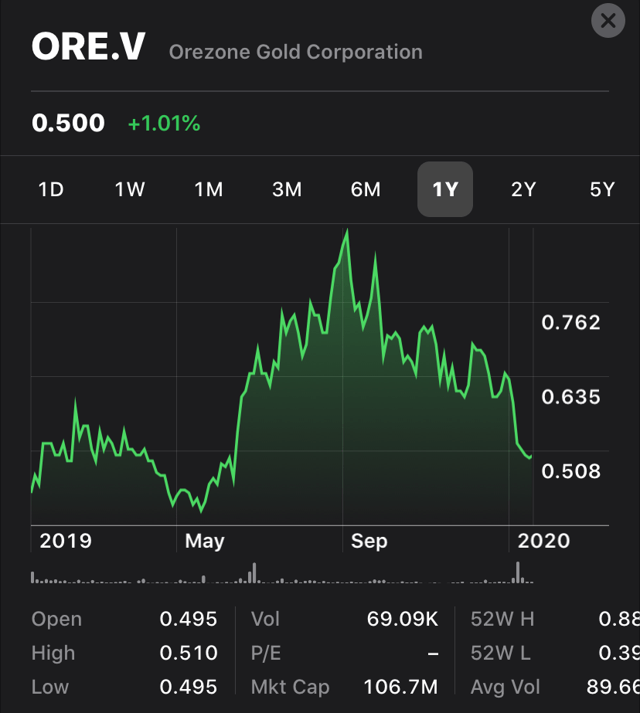 For added context, the current gold price is ~$1,557/oz, which at these levels, would not only give the FS numbers an added boost (from already lofty levels) but should also be more than robust enough to help Bomboré generate ample free cash flow, once put into production. 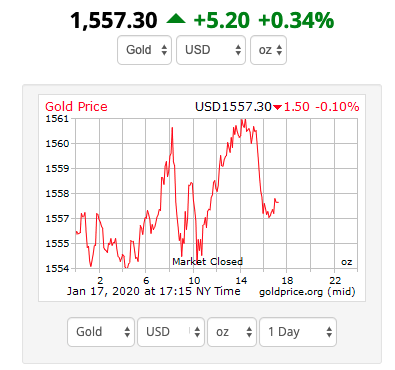 However, in terms of share price performance over the last year, Orezone has lagged behind many of its developer peers (and the broader sector) considerably. 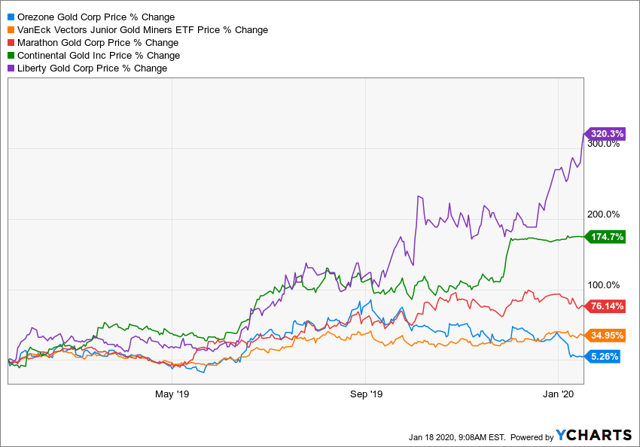 Arguably, the share price of Orezone has suffered greatly due to increasing fears surrounding Burkina Faso, which has also impacted other gold companies operating in the country (to a varying degree). 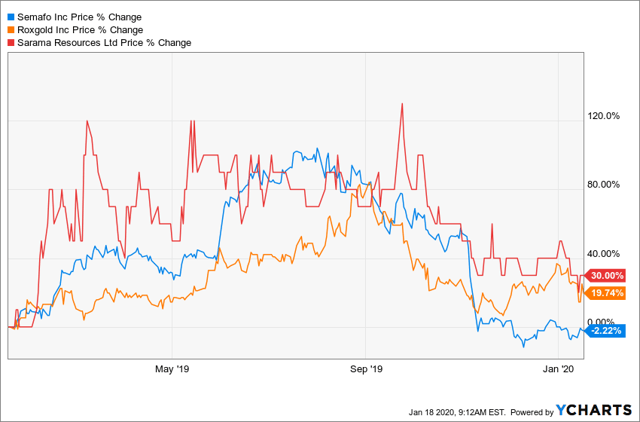 In addition, Orezone is currently operating in the boring “Orphan Period” of the life cycle of a junior explorer, shown below, which might also help further explain the weakness seen in the share price over the last year or so. 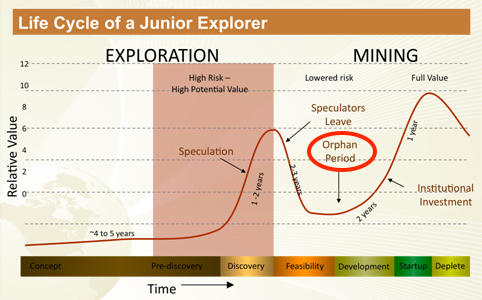 One thing that is clear, though, is that the current share price of ORE.V at C$0.50/share has not benefited (or responded) at all from the surge in gold price up to ~$1,557/oz.

At this stage of the game, Orezone will need to figure out a way to successfully raise a decent chunk of capital (again, the initial CAPEX to construct Bomboré is estimated to cost $153 million), which on one hand shouldn’t be too daunting of a task (we aren’t talking about needing in the magnitude of billions of dollars), but on the other hand, if the latest financing event was any indication, it may be a lot easier said than done, given the current investing climate for Burkina Faso-related mine projects.

Yes, although it’s true that gold has ripped considerably higher over the last year (starting out below $1,300/oz) and many select gold stocks have followed suit, the overall market has still to date seen nowhere near the level of froth that existed in the previous bull market cycle of 2016. Although gold fever could, of course, strike again at any moment, this is not something Orezone or speculators can count on to happen again.

As such, from a risk vs. reward perspective, even though shares of ORE.V look quite cheap relative to the NPV numbers presented in the latest FS, speculators will need to consider the possibility of the share price languishing at these current depressed levels (or even lower) should mine financing take longer to achieve than desired.

And on what terms is still to be determined.

Tentatively speaking, as the following company slide will show, the current plan is for Bomboré to achieve the first gold pour in Q2 of 2021.

Now, for production at Bomboré to actually occur in 2021 will take quite the effort by Orezone management, as they will need to finalize a mine financing package (relatively) soon to meet such a target.

For speculators interested in the Orezone story, it may be worthwhile (and prudent) to wait for the full details of any mine financing package to be released first before diving in with both feet.

Bomboré looks to have the makings of a future mine, but as they say, the devil is in the details.

If there’s the reason for optimism, it’s the fact that the Orezone team has plenty of skin in the game and thus much incentive to work as hard as possible to put Bomboré into commercial production.

Disclosure: I am/we are long ORZCF. I wrote this article myself, and it expresses my own opinions. I am not receiving compensation for it (other than from Seeking Alpha). I have no business relationship with any company whose stock is mentioned in this article.

Thomas Barwick The iShares Core U.S. REIT ETF (NYSEARCA:USRT) has the advantage that its leases grow. Where the US housing reports continue to show declines not only in values but also residential rents, specialty REIT […]