After seeing the recently-announced deal whereby Cleveland-Cliffs (CLF) is purchasing the US division of ArcelorMittal (MT), I wanted to revisit Nucor (NUE) to have a closer look at how this large steel producer is getting through the fallout of the COVID-19 pandemic. And I was positively impressed with what I saw as although Nucor definitely saw some impact of the weaker economy, the company’s cash flows remain much stronger than I originally anticipated and now Nucor also is guiding for a strong Q3 performance, I may very well establish a long position for its current 3.5% dividend yield.

In the second quarter of the year, Nucor’s revenue did decrease by in excess of 25% to $4.4B, but its COGS and overhead expenses decreased at a similar pace. This obviously wasn’t sufficient to keep the pre-tax income stable and the pre-tax profit dropped to $181M, a 66% decrease compared to the result in the second quarter of last year. The net income of Nucor in Q2 came in at almost $109M or 36 cents per share attributable to the Nucor shareholders.

Although the net income wasn’t spectacular, I was expecting Nucor’s cash flows to remain pretty robust as the very low net income as predominantly caused by the non-cash expenses like the almost $300M in impairment charges. 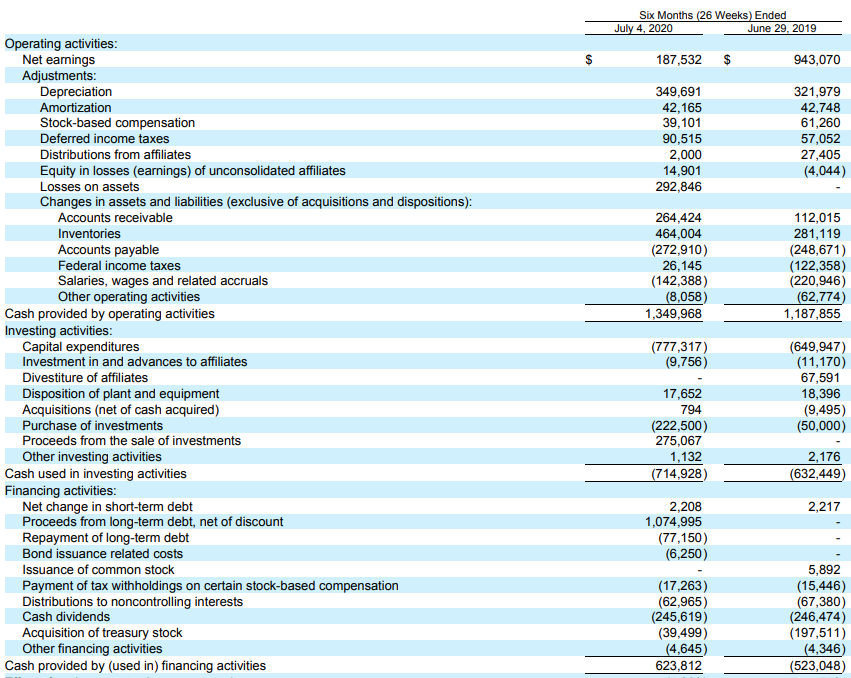 And as you can see in the image above, the total capex level was just over $777M which results in a free cash flow result of approximately $180M or just under $0.60/share. Indeed, about 50% higher than the 0.42 EPS recorded in the first semester, but there’s more than meets the eye here.

In Nucor’s case, there’s a massive difference between the total reported capex and the sustaining capex as the company is investing billions of dollars in expansion and efficiency. Have a look at the near-term growth investments planned at Nucor, which are well underway (and finished by now):

And although the investments mentioned above are nearing the completion phase, Nucor has earmarked an additional $2.5B in investments for projects that should be completed in 2021 and 2022: 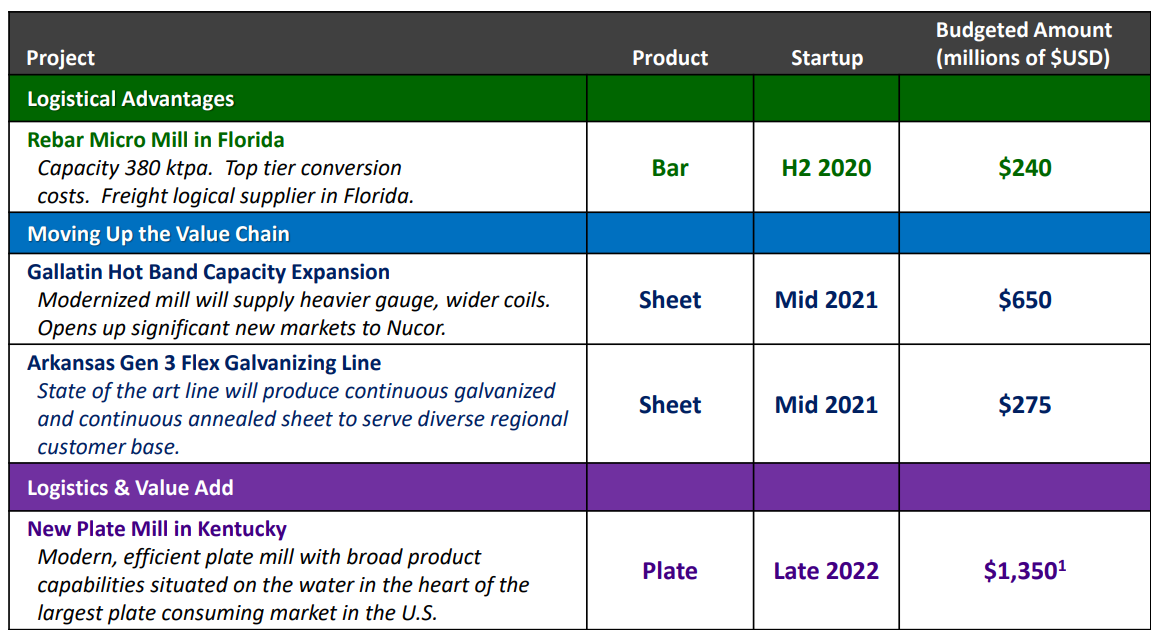 Of course, we can reasonably expect some of these projects to be delayed as Nucor is throttling its investment in growth this year based on the anticipated incoming cash flows, but one thing is for certain: The high capex bill is predominantly caused by the high amount of money invested in growth.

Indeed, in the same presentation, Nucor’s management team indicated the total maintenance capex in 2020 is estimated to be just $500M: 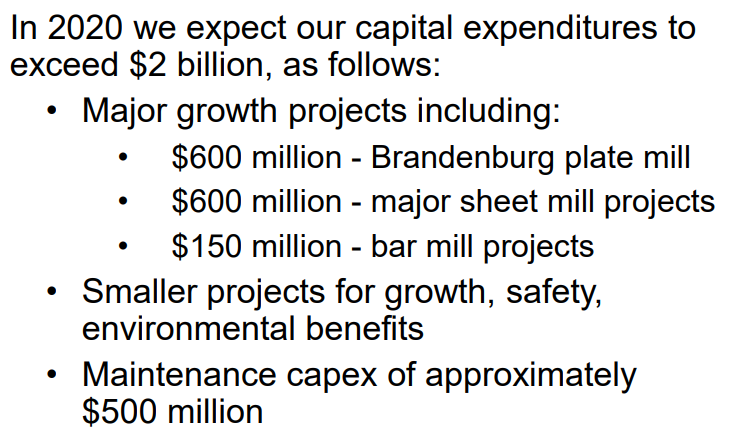 This means that on a normalized basis, the maintenance capex is just $250M per semester and the $777M in capex recorded in H1 2020 includes about half a billion dollar in growth initiatives. And this has a very important implication as it means the sustaining free cash flow in H1 2020 was approximately $700M or $2.30/share.

As Nucor pays a quarterly dividend of just over 40 cents per share, the dividend is more than fully covered by the sustaining free cash flow, but Nucor’s net debt will very likely increase throughout H2 2020 and 2021. Not because Nucor can’t afford the dividend, but because it’s spending billions on growth initiatives.

The main unknown at this point is obviously how the US steel markets will evolve in the next few quarters and years. Nucor has been guiding for an EPS north of $0.50 in the third quarter, and as the sustaining capex should remain stable at approximately 70% of the depreciation charges, we can reasonably expect the sustaining free cash flow to exceed the EPS (again).

Nucor’s current dividend yield is just over 3.5%, and given the strong sustaining cash flows, I consider this dividend to be safe. I’m exploring the possibility to write an out of the money put option in an attempt to get my hands on an initial position at a lower cost base and a P40 for November at an option premium of around $1 and a P37.5 for January 2021 with an option premium of $1.35 both look pretty appealing.

Additional disclosure: I currently have no position in Nucor but I am considering writing some out of the money put options.