Nikola (NKLA) is either on track to be one of the greatest green energy stories of this generation or one of the most overhyped companies in modern times. Given everything that has transpired over the past few weeks, the latter appears to be the more likely scenario. In fact, Nikola has now been accused of outright fraud by several credible organizations, most notably Hindenburg Research.

Hindenburg Research recently released a highly critical report on Nikola’s business, causing Nikola’s stock to crash. While it should be noted that Hindenburg Research is short Nikola, the company’s report does legitimately raise many red flags. Nikola’s long-awaited response to the report is largely inadequate and arguably puts an even worse light on the company.

Nikola’s response to Hindenburg Research’s report does not exactly help Nikola’s case. Nikola notably admitted that the Nikola One prototype in its “Nikola One Electric Semi Truck in Motion” promotional video was rolling downhill. Nikola defends itself by saying that the company “never stated its truck was driving under its own propulsion in the video” and that the truck was “never described as “under its own propulsion” or “powertrain driven.”

One could be forgiven for believing that the truck was driving under its own propulsion, especially considering the fact that Nikola referred to the truck as a 1000 horsepower semi-truck. What’s more, the company also stated that the Nikola One was fully functional in December 2016, which clearly conflicts with what we now know. The Nikola One prototype was, in fact, not fully functional in December 2016 nor was it functional in the promotional video that was released a little over a year later.

The promotional video response debacle was just one of many glaring issues found in Nikola’s overall response to Hindenburg Research. Nikola also had a similarly weak defense to its inverter controversy. However, what is most notable about Nikola’s response was the fact that the company did not actually respond to most of Hindenburg Research’s questions.

The Nikola One prototype was not under its own propulsion in the company’s promotional video. 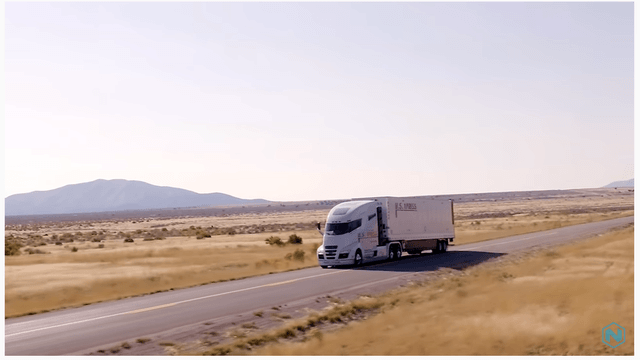 Comparisons to Early-Stage Tesla Are Flawed

Many continue to justify Nikola’s market capitalization of ~$13 billion by stating that the company is reminiscent of an early-stage Tesla (NASDAQ:TSLA). Like an early-stage Tesla, Nikola is a clean energy transportation company that is far too overvalued when using traditional valuation metrics. Unfortunately, for Nikola, that’s about where the similarities to Tesla end.

By the time Tesla was valued anywhere near Nikola’s current levels, the company had already produced critically acclaimed cars like the Model S. In contrast, Nikola has yet to deliver a single vehicle. In fact, there is now growing skepticism surrounding their supposedly breakthrough technologies.

Moreover, Tesla CEO Elon Musk had already proven himself to be incredibly competent when Tesla was valued at the $10-20 billion mark with his successes at PayPal and SpaceX. There is no one on Nikola’s management that compares to Elon Musk in terms of track records. This fact alone makes it hard to believe that Nikola will revolutionize clean energy transportation. Given Nikola’s valuation, this appears to be exactly what many investors expect Nikola to do.

Nikola has proven to be highly competent in terms of marketing. The fact that Nikola was able to garner $10 billion in pre-order reservations despite not yet having delivered any vehicles is certainly an impressive feat. If Nikola’s technology can come anywhere close to what the company has been advertising, Nikola could genuinely carve out a strong foothold in the clean transportation industry.

Nikola’s ability to generate hype should certainly not be overlooked. Moreover, Nikola, clearly, has an ability to make a convincing case for itself considering the partnerships it has struck up so far. Nikola’s marketing ability alone could allow the company to survive in situations where it otherwise could not have. However, much of Nikola’s ability to generate hype is also tied to the company’s seeming tendency to exaggerate its technology, which is now clearly starting to backfire.

The Bad News Keeps Piling on

While many have pointed to GM’s (GM) backing of Nikola as evidence of Nikola’s strength, GM’s support of Nikola is not surprising considering the fact that their deal is lopsided in GM’s favor. In other words, GM has a lot to gain and relatively nothing to lose in its deal with Nikola. If Nikola collapses, GM will still come out relatively unscathed aside from a little bit of embarrassment. If Nikola ends up becoming the next big green energy transportation company, GM will have a huge customer on its hands.

GM has a huge amount of upside and relatively little downside in its deal with Nikola, which could explain why GM is still backing Nikola even amidst the serious fraud allegations facing Nikola. 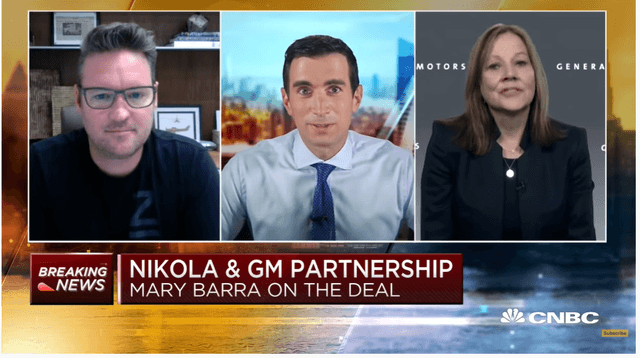 Nikola is facing a mountain of challenges, from growing investor skepticism to fraud allegations. Moreover, Nikola’s response to the allegations was not particularly convincing and raises even more questions. Despite the fact that Nikola’s stock price has crashed by ~40% to ~$12 billion over the past week, the company still appears to be far too overvalued. The risks associated with Nikola are far too large to ignore at this point.