Nikola (NKLA) is one of the most ambitious electric vehicle upstarts in the industry. The company aims to be a leader in the rapidly growing zero emissions transportation industry. While Nikola is planning to have a solid a presence in the battery electric vehicle market, it is primarily focused on the fuel cell electric truck market.

Despite the fact that Nikola is still pre-revenue, the company is valued at a stunning $17 billion. This valuation puts Nikola in the same league as some of the most prominent auto brands in the industry. While the company has a great deal of backing, it is still highly debatable whether or not the current valuation is justified.

Despite the fact that Nikola’s stock price has dropped significantly over the past few months, the company is still valued at $17 billion.

Nikola has clearly done a good job of generating a huge amount of hype. The company is now being compared to the likes of Tesla (TSLA) in its long-term potential. Despite being a relatively unproven upstart, some of the hype surrounding Nikola is certainly warranted. The company has assembled an experienced management team and is already striking up impressive deals.

According to Nikola, its “fuel cell electric truck reservation book exceeded 14,000 units or approximately $10 billion in potential revenue sometime ago.” The club also recently secured an order for 2500 electrified refuse trucks, making it the “largest single order in the waste industry.” This news alone sent the stock soaring ~20% and has added even more momentum to the company.

The zero emissions transportation industry has an incredible amount of potential. With environmental movements like the Green New Deal gaining steam and a growing societal push towards environmentalism, the clean energy industry will likely thrive moving forward. Countries are already implementing harsher environmental regulations, while at the same time funneling more money into clean energy programs.

Nikola is positioning itself as a leader in the clean energy movement. Unfortunately for the company, competition in the clean energy space is ramping up significantly. The zero emissions transportation industry, in particular, is on its way to becoming one of the most competitive industries in the world. Traditional automakers like Toyota (TM) and established EV giants like Tesla are all scrambling to establish a long-term foothold in the industry.

While it is not surprising to see a lithium battery proponent downplay fuel cell technology, there are definitely reasons to be skeptical of hydrogen fuel cells. Although hydrogen production is becoming more cost-competitive, it is still relatively expensive. Moreover, hydrogen is at an infrastructure disadvantage compared to batteries.

Building a hydrogen network that can rival an increasingly large battery network will be incredibly difficult. Battery demand is not only being driven by EVs, but also by renewables like solar and wind. Tesla’s overwhelming success is also incentivizing other large companies to invest heavily in battery technology.

The success of batteries is not all bad news for Nikola considering the fact that it is also planning to have a presence in the battery electric vehicle market. However, it will almost certainly not be able to compete with the likes of Tesla on this front, especially considering the fact that Nikola will be putting much of its attention on the fuel cell market. The company may actually be better off focusing on a specific technology rather than splitting its attention on multiple technologies.

There has been an ongoing hydrogen vs. battery debate in the alternative energy space 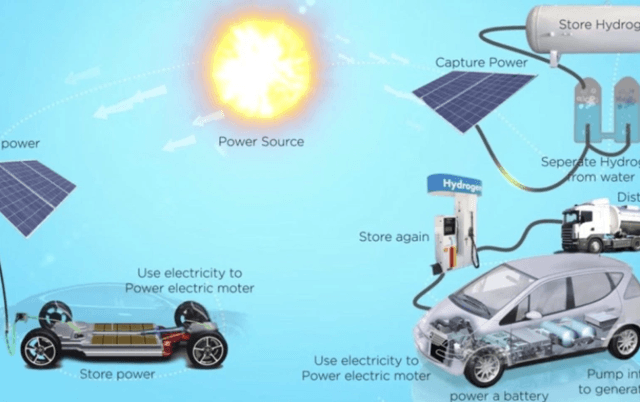 Clean energy transportation is an incredibly promising market. Tesla’s success over the years is bringing an unprecedented amount of attention to the industry. It is not surprising to see a company like Nikola emerge in the wake of Tesla’s success. However, Nikola has a lot to prove before it can be considered on the same level as a Tesla.

Nikola certainly has an opportunity to cement a strong foothold in the trucking market given hydrogen fuel cells’ range and charging advantages over batteries. However, its current market capitalization of $17 billion seems too high, especially considering the fact that the company is still pre-revenue. By the time Tesla was valued at $17 billion, the company had largely proven its capabilities on the technology and production fronts.

© Reuters. Australia stocks higher at close of trade; S&P/ASX 200 up 1.51% Investing.com – Australia stocks were higher after the close on Friday, as gains in the , and sectors led shares higher. At […]