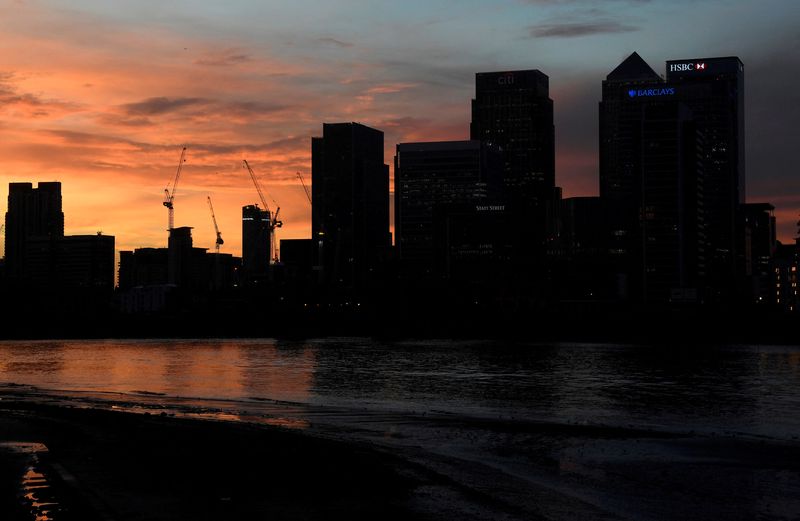 By Iain Withers and Carolyn Cohn

Companies in Britain with more than 250 employees have been required to publish the difference between the pay and bonuses of their male and female employees since 2017. They had an April 4 deadline this year for disclosures up to April 2021.

Several financial companies this year also published voluntary ethnicity pay data – some, including UBS, Aviva (LON:) and M&G, for the first time. Where the companies further broke down the data by ethnic group, Black staff suffered the biggest pay discrepancies.

The gender pay exercise has cast a poor light on the country’s financial services, which are critical to the British economy but also one of its most unequal sectors.

Despite the improvement, the gap is much wider than the average for all UK employers, which stood at 14.9% in the year to April 2020.

“Given how important the sector is to the UK, it would be far better if financial services were leading rather than lagging,” said Ann Francke, CEO of the Chartered Management Institute.

Pay gaps at some of the British arms of large global investment banks remain stubbornly large, which the institutions blame on men being over-represented at senior levels.

Wall Street giant Goldman Sachs (NYSE:) International once again accounted for the industry’s widest gender pay gap among the firms surveyed, with men working for the bank in Britain on average getting 51.3% more in pay per hour than women.

This was down marginally on 51.8% the previous year.

“I assure you that while progress may at times seem slow, our diversity and inclusion agenda remains front and centre,” Richard Gnodde, CEO of the unit, told staff in a memo on Monday.

Deutsche Bank and UBS both lost ground, with their gaps widening by around 1% respectively to 33.4% and 29%.

Deutsche Bank said it was targeting having at least 35% of senior roles held by women by 2025, while UBS said progress would not be linear, but it expected to meet its goals over the medium to long term.

Insurer Admiral was the only financial firm surveyed by Reuters to have a pay gap below the UK average, at 14.4%, although this widened from 12.8% prior.

Several of those surveyed also voluntarily disclosed ethnicity pay gap figures for the year to April 2021, reflecting an increased focus on racial inequality in the industry in recent years.

Aviva showed the reverse, while HSBC and Barclays’ data showed close to parity.

However, both HSBC and Barclays provided a further breakdown that showed Black employees on average earned significantly less than other ethnic groups.

Both Barclays and HSBC said the figures reflected under-representation of Black staff at senior levels and that they had adopted policies to try to address this.

The government has come under pressure from equality campaigners to make ethnicity pay gap reporting mandatory for companies.