The horrible earnings report by GasLog Partners LP (GLOP) this morning (2/6/2020, before market open) clearly caught the market off-guard. The severe (78%!) cut to its distribution has shaken all the trees along the “shipping avenue”, whether they are directly related to the transportation (of energy products) operations, or only an indirect branch to it (that provide side services to energy producers).

While the GLOP-sourced panic flowing into names like GasLog Ltd (GLOG) and Golar LNG Partners LP (GMLP) can be understandable (even if not fully justified), when it comes to Höegh LNG Partners LP (HMLP) it feels as if the market is throwing the baby out with the bath water.

GLOP’s news (cutting the dividend by 75%) couldn’t come at a worst time, when the world’s growth is slowing, and shipping rates are already at the bottom. Nonetheless, HMLP isn’t a shipping company per-se. Yes, it’s dependent on shipping and a more stable market could certainly help, however HMLP is offering storage, not transportation, services.

HMLP is currently operating 5 FSRUs (Floating Storage and Regasification Units), and guess what? They are all under long-term charters and the earliest one of those is coming out of its current contract is 2025. 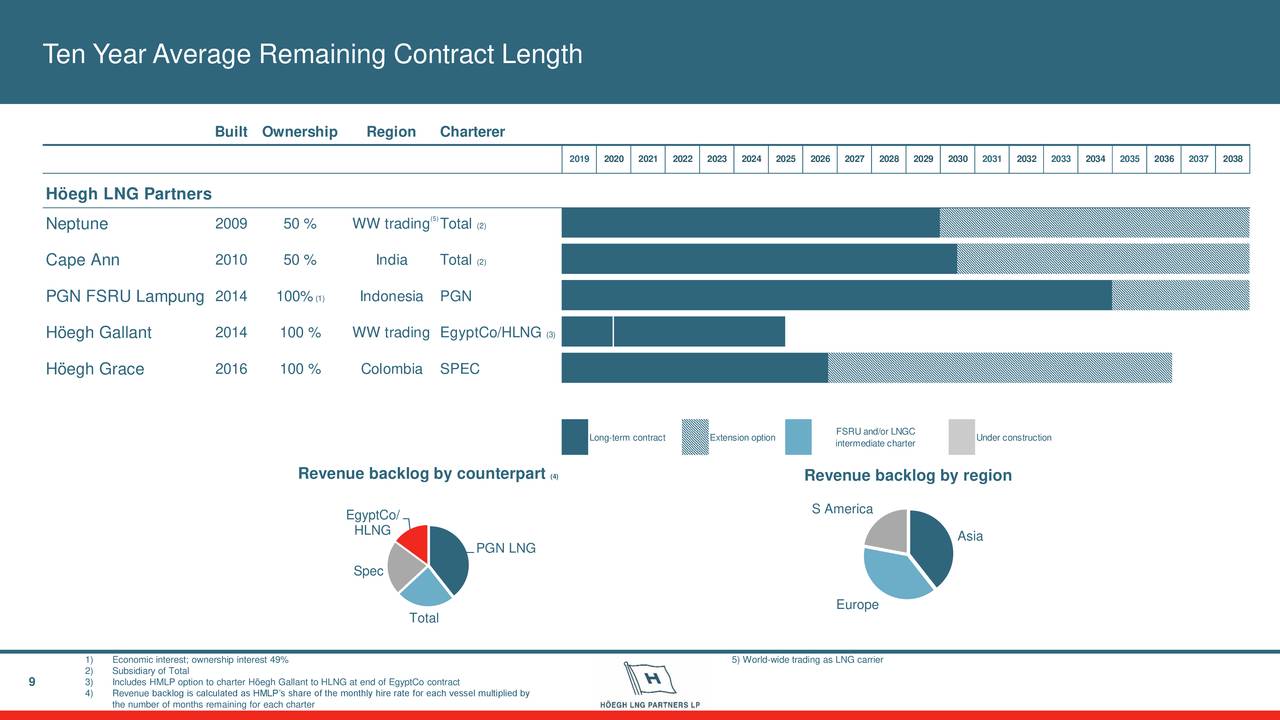 Nonetheless, it’s important to note that one of these contracts is the EgyptCo/HLNG which indeed finishes in 2025, however in the small letters it reads:

This clause relates to an agreement from August 2015 which states the following regarding the transfer of Höegh Gallant to HLNG (emphases ours):

Höegh Gallant is operating under a charter with the government-owned Egyptian Natural Gas Holding Company (“EGAS”) that expires in April 2020. Additionally, HMLP has the right to cause HLNG to charter the vessel from the expiry of the EGAS charter until July 2025 at a rate equal to 90% of the rate payable pursuant to the current charter.

This means that if, for whatever reason, this FSRU isn’t being chartered (by EgyptCo or anyone else) in two months, HMLP is entitled to get 90% of the last fee that EGAS pays, from April 2020 till July 2025, from HLNG, the parent company of HMLP, an entity listed on the Oslo (Norway) stock exchange.

Sufficient Liquidity at the Parent Company

The share price of HLNG:NO has dropped on February 6th by circa 7%, because aside of HMLP’s FSRUs they do have some pure shipping operations across the group.

The market fears that if EgyptCo elects to get out of this charter, HMLP either won’t “feel comfortable” enough to force its parent company to step-in, or HLNG won’t has sufficient liquidity to do so.

We believe that the former (“feeling”) is out of question, because HMLP musts act in the best interest of all its shareholders, even if the main one is HLNG. Not enforcing this clause (on HLNG) would be a breach of its fiduciary to its shareholders and may result in lawsuits that we don’t see a reason for the group (not only the company) to get invovled in.

As for the latter (liquidity): HLNG doesn’t seem as if it’s short of liquidity.

Moreover, here’s an extract from the very same report regarding cash flow from operations:

Operating cash flows rose in the third quarter by USD 2.1 million to USD 49.9 million. The net increase was mainly driven by the above-mentioned quarter on quarter increase in EBITDA and was partly offset by variations in working capital between the two quarters. Other sources during the quarter comprised of sale and leaseback financing of USD 180.2 million for Höegh Galleon, USD 48.3 million drawn on Höegh LNG Partners’ credit facility and USD 1.4 million in proceeds from equity issue in Höegh LNG Partners.

Uses during the quarter mainly comprised USD 169 million in final instalment paid upon delivery of Höegh Galleon and USD 32.8 million in debt repayment and lease payments, dividends paid and interest expenses. The net increase in cash and cash equivalents during the third quarter was USD 37.8 million.

To make a long story short, we don’t see a problem for HLNG to take charge (of Höegh Galleon) if it comes to this.

LNG is, and Will Keep on, Booming

But before we force HLNG to do anything, we actually believe that HMLP should be in position to lease Höegh Galleon even if EgyptCo dump it.

Although the global market for liquefied natural gas (“LNG”) grew 11% on a volume basis from 2018 to 2019, many producers/operators of LNG carriers are still struggling to profit from the opportunity, mainly due to the very low levels that LNG is trading at. 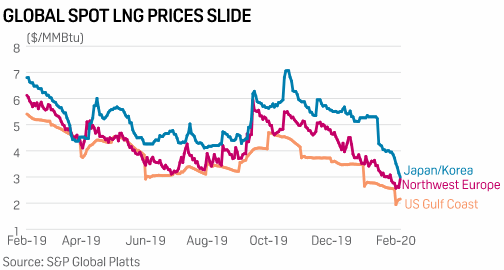 In light of the increasing supply of LNG on one hand, and the need for more storage capacity on the other hand – we believe that there should be demand for HMLP’s FSRUs in general, and for Höegh Galleon specifically. 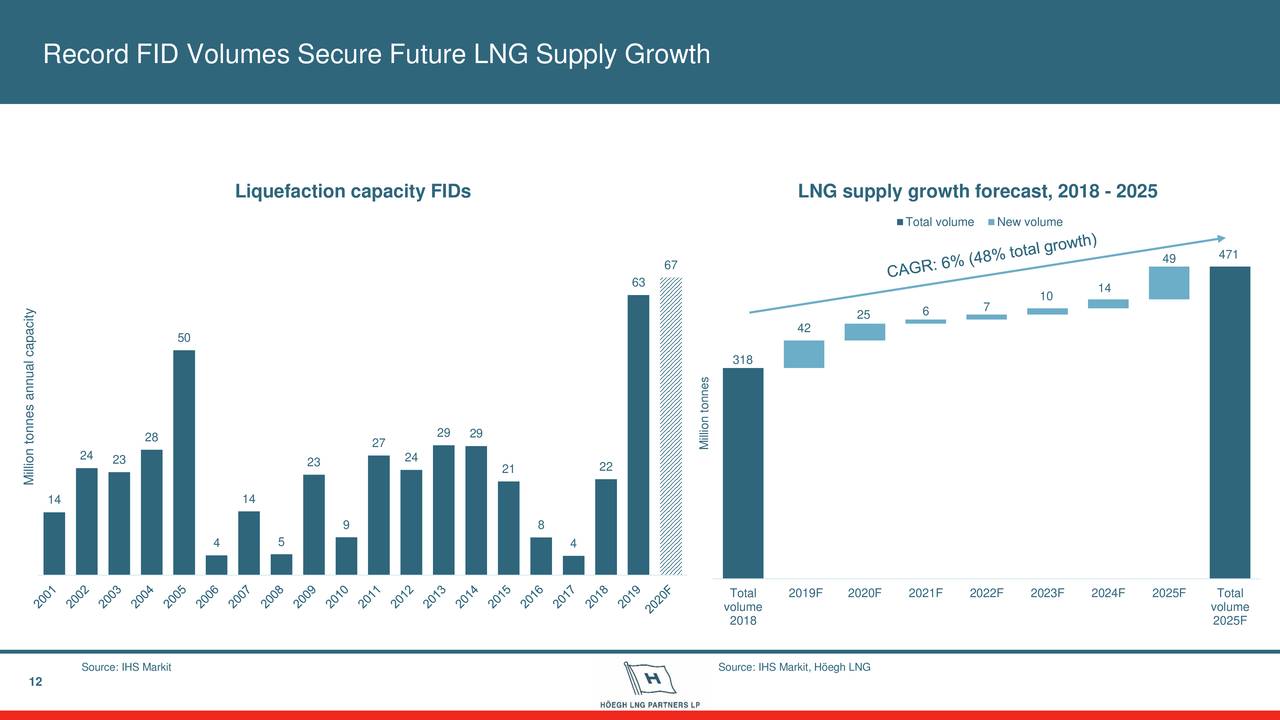 HMLP is Mostly Affected by the Supply Side

Bear in mind, HMLP’s well-being is mostly (almost entirely) a result of the supply side (for LNG), not the demand side. In other words, when the demand for LNG is slowing – and this is clearly the case with all energy source/products right now – one would assume that there’s a greater need for storage capacities.

If you’re a LNG producer/supplier and your inventory start rising, you’re not keen to sell it when prices are so low, and you’re looking for a place to store that (mounting) inventory until a better time comes, and you’ll be in position to sell it. This is exactly when HMLP comes into the picture, offering storage (not transportation!) solutions.

Although HMLP is focusing on LNG, there were reports recently (here’s an example) already mentioning that storage spaces are filling up quickly in light of the lower demand, especially out of China (MCHI, FXI). Obviously, this new, down, trend, is a complete contrast to what we’ve seen in recent years out of the world’s second-largest economy: 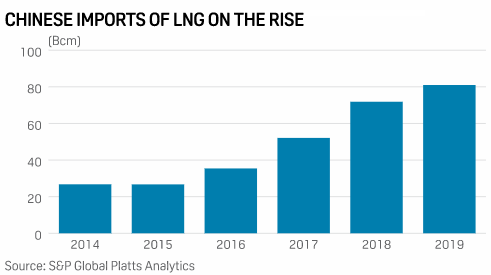 Anyway, with lower demand and with a rising supply – inventories are building up and there’s an immediate, and growing, need for storage solutions.

There’s no reason to assume that the LNG situation is any different than the oil (OIL, USO) situation. At the moment, they both suffer from low prices, they are both are facing over-supply, and they are both bracing for a prolonged slower growth, worldwide.

So when HMLP is talking about “robust FSRU potential”, this is not only something for the (beyond foreseeable) future, but most probably something which is becoming relevant as we speak, surely in the very short (and foreseeable) term. 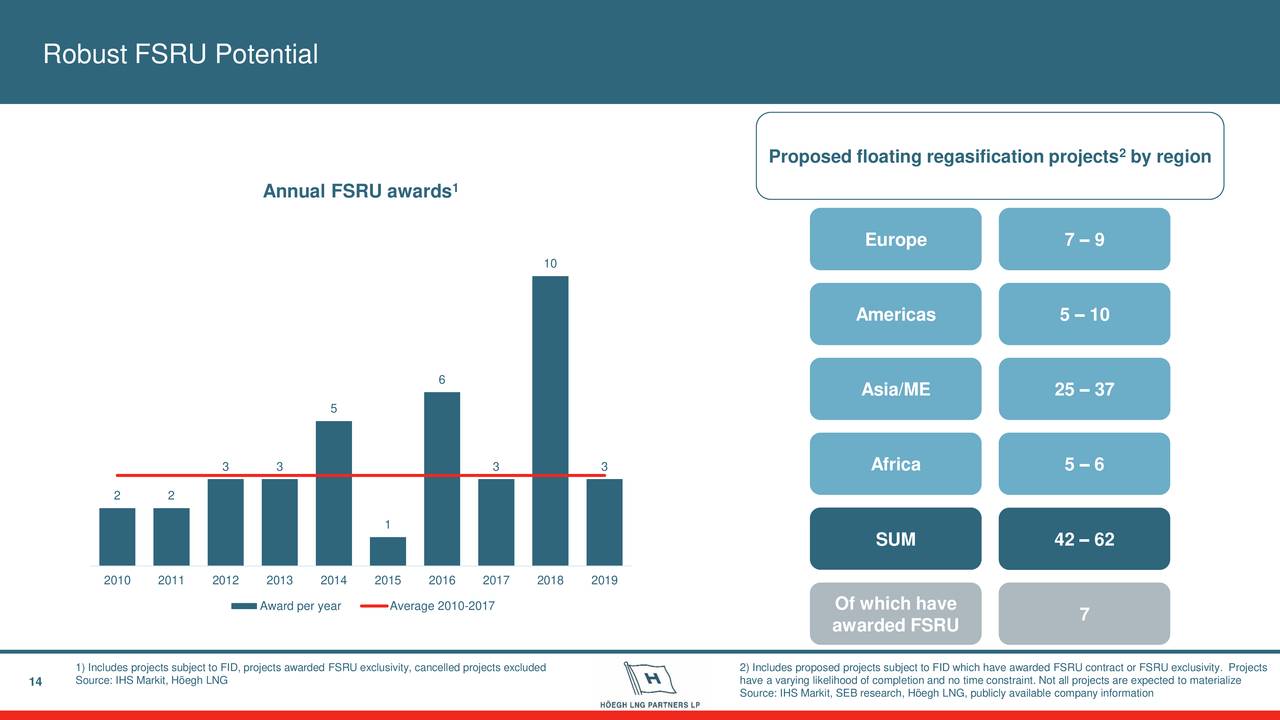 The units are currently trading exchanging hands for $12/share, an all-time low, and a price which is even lower than where it was back in early 2016, when oil prices tanked (40% below current levels).

Our view is that just like there was no reason to push HMLP unit price to such lows back then – there’s no reason to do so right now either.

Not to mention that HMLP nowadays is a much stronger business than it was four years ago, so there’s really no (operational) reason whatsoever to throw the (HMLP, storage-oriented) baby out with the (shipping, transportation-oriented) bath water.

As for the distribution.

Is the Distribution Safe Enough?

Do we feel that the distribution is 100% safe? No, but this is no news.

Although we see no reason for HMLP to cut, we never assumed that its distribution is as safe as a distribution can be. After all, it’s the shipping industry we’re talking about and within that industry – anything can happen, and extreme volatility is part of the game.

Nevertheless, that was true way before the recent/YTD events, so the February 6th carnage really doesn’t change much (operationally wise), but it may change things perception wise.

What do we mean by that is that sometimes you do something not because you have to, but because you can. HMLP doesn’t need to cut its distribution, but it might take advantage of the situation to save itself some precious extra liquidity. After all, will anyone blame them for cutting (only) 10% or 20% right now, when GLOP is slashing its distribution by 78%?

On the other hand, when we say that the distribution isn’t “100% safe” it doesn’t mean that we expect a cut with a high certainty. Since we don’t identify a specific (operational) problem that should push HMLP to cut – there’s really no need for them to take this route. However, due to the relatively tight buffer of HMLP’s (common distribution) coverage ratio (=distributable cash flow/distribution to common units) – we can’t rule out that they will decide to take advantage of the current circumstnaces.

Over the past year, HMLP’s (common distribution) coverage ratio has been hoovering around the 1.2x area, which is ok, but certainly not great. 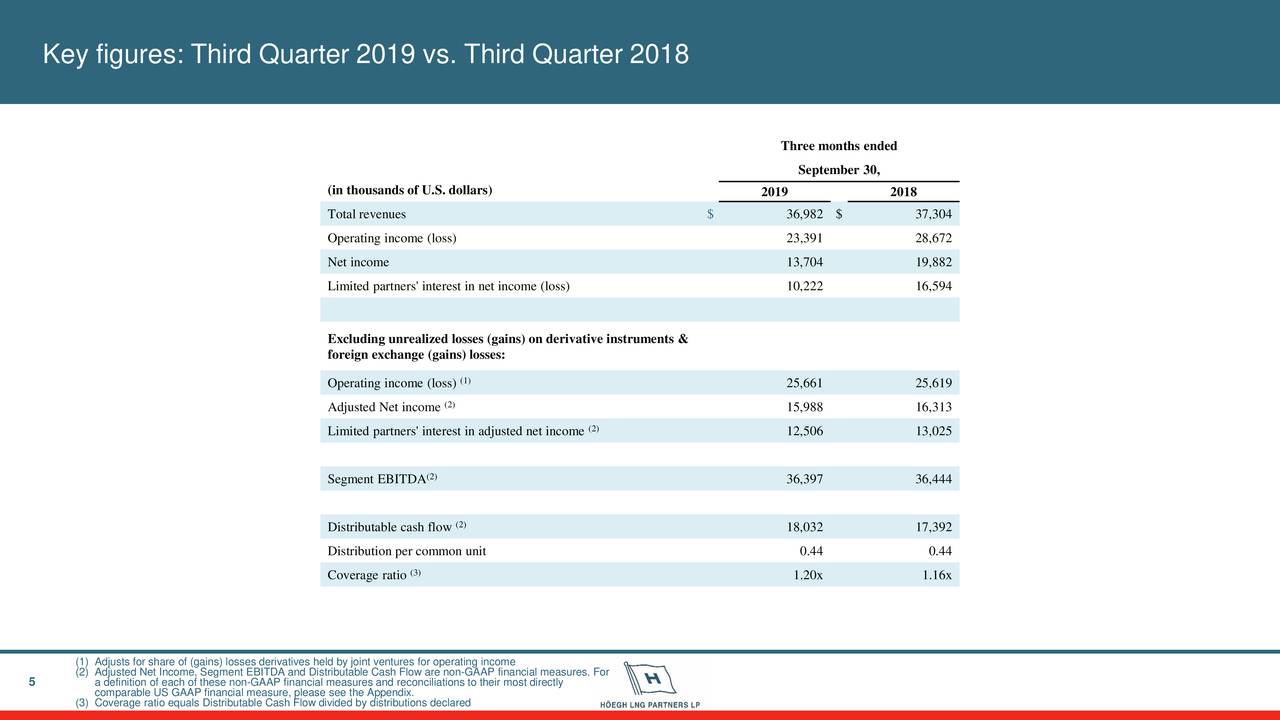 At this point, in light of where HMLP is trading, it’s clear that the market assumes a relatively high probability for the dividend to get cut.

You know what? Even if we think that a cut is, indeed, not a low probability outcome right now, and even if the company hasn’t intended to do so, originally (After all, they just declared their normal $0.44 quarterly distribution three weeks ago) – we still claim that HMLP is a buying opportunity right now.

Have no doubt: When a “relative” company like GLOP is cutting 78% of its distribution, it gives entities like HMLP the “opportunity” to cut too, while saying that “Look at GLOP. They cut 78% while we only cut 10%-20%…”

Again, this is a possibility, and it certainly not out of question, however we think that there’s really no reason to back off (from investing in HMLP) just because the dividend may or may not get cut. Even if it does (get cut) – we expect it to remain attractive (i.e. double-digits), while the share price certainly not deserve to trade as low as it’s now, regardless.

As a side note we wish to also mention the only series of preferred share issued by HMLP: Höegh LNG Partners LP, 8.75% Series A Cumulative Redeemable Preferred Units (HMLP.PA)

This series is paying a fixed coupon of 8.75% for life, as long as it’s not getting called (for redemption), something that can’t happen before October 5th 2022. 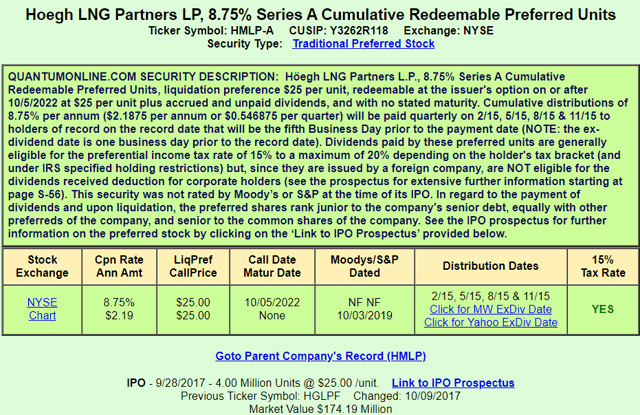 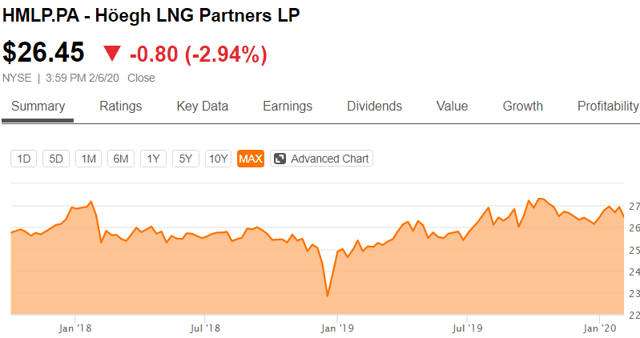 Nonetheless, with the current yield still at ~8.3%, and the YTC at ~6.4% (which is certainly not a bad yield for 32 months, even if this series get called), HMLP.PA is still offering good value.

All in all, this seems like one of these days that create one of these opportunities that in a couple of years we will look back and say to ourselves that we probably should have bought more than we did back on February 6th, 2020. 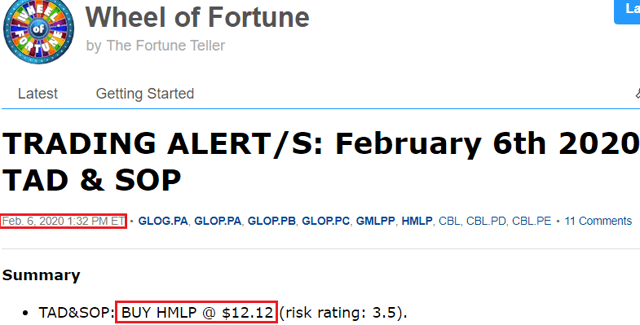 Wheel of FORTUNE is a one-stop-shop, covering all asset-classes (common stocks, preferred shares, bonds, options, currencies, commodities, ETFs, and CEFs), across all sectors/industries, through single trading-ideas and model-managed portfolios. 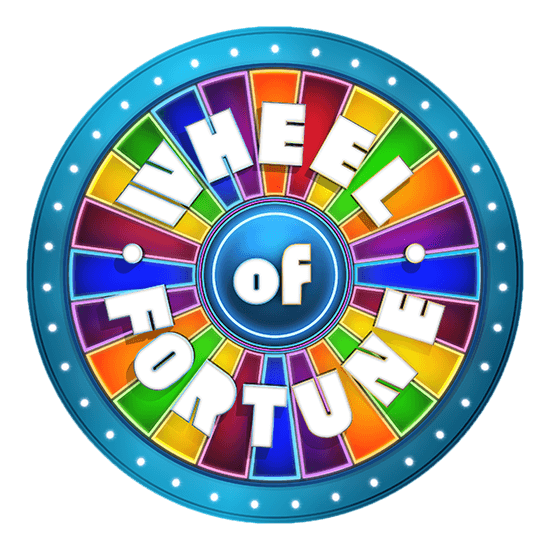 Our offering includes, but isn’t excluded to, the following:

to Increase your Portion!

Disclosure: I am/we are long HMLP, HMLP.PA. I wrote this article myself, and it expresses my own opinions. I am not receiving compensation for it (other than from Seeking Alpha). I have no business relationship with any company whose stock is mentioned in this article.