In our most recent GDX Weekly, it was noted that the highest probability path was for price discovery higher, barring failure of 28.60s as support. After a week of balance trade, 28.23s-29.24s, price discovery lower developed this week as the key support, 28.60s, failed. Sell-side continuation developed to 27.77s within the key near support area where buying interest emerged, developing balance, 27.77s-28.67s, ahead of Friday’s close, settling at 27.93s.

Looking ahead, the focus into next week will center upon market response to this week’s support, 27.90s-27.77s. The market continues to seek support, within a corrective phase, in a process called price discovery. Buy-side failure at this cluster would target key demand clusters below, 26.50s-25.98s. Alternatively, sell-side failure to drive price lower from this resistance would target the key supply clusters overhead, 29.02s-29.87s/30.25s-30.95s. From a structural perspective, the highest probability path near-term is sell-side barring failure of 29.20s as support. Within this near-term context, the intermediate term (3-6 month) bias is neutral between 25.98s and 30.96s.

Looking under the hood of GDX, we see that based on one year’s data, Newmont, Barrick, and Franco-Nevada have contributed substantially to the recent rally (357bps, 388bps, and 308bps, respectively). This trio represents approximately 30% of the entire GDX. As such, their price activity is likely to have material effect on the GDX itself. 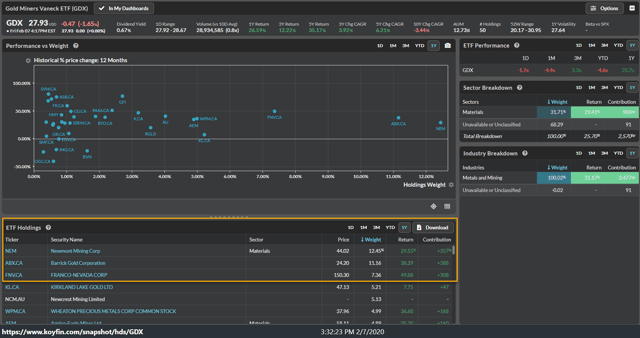 It is worth noting that breadth, based on the S&P Gold Miners Sector Bullish Percent Index, is now trend lower from the bullish extreme area. Stocks more broadly, as viewed via the NYSE, exhibit a similar halting of increasing bullish breadth. Asymmetric opportunity develops when the market exhibits extreme bullish or bearish breadth with structural confirmation. Caution remains warranted as market structure is neutral while breadth is remains extreme bullish. 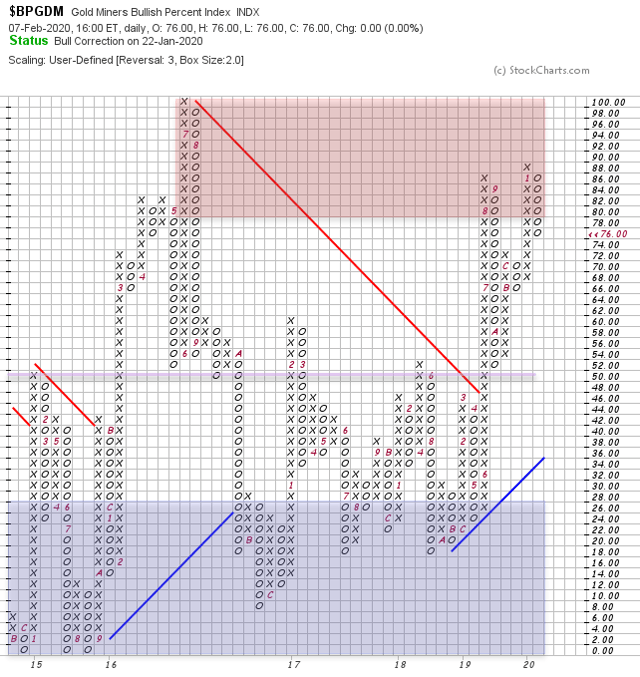 © Reuters India stocks mixed at close of trade; Nifty 50 up 0.03% Investing.com – India stocks were mixed after the close on Monday, as gains in the , and sectors led shares higher while […]