Looking ahead, the focus into next week will center upon market response to this week’s unsecured high, 29.30s. Unsecured highs lack excess (rejection) usually indicating the trend has yet to terminate. The market continues to seek resistance in a process called price discovery. Sell-side failure to drive price lower from this resistance would target the key supply cluster overhead, 30.25s-30.95s. Alternatively, buy-side failure at this cluster would target key demand clusters below, 28s-27.67s/26.50s-25.98s, respectively. From a structural perspective, the highest probability path near-term is buy-side barring failure of 28.60s as support. Within this near-term context, the intermediate term (3-6 month) bias is neutral between 25.98s and 30.96s.

It is worth noting that breadth, based on the S&P Gold Miners Sector Bullish Percent Index, has stalled near bullish extreme at/near the breadth highs made in August-September 2019. Stocks more broadly, as viewed via the NYSE, exhibit rising bullish breadth. Asymmetric opportunity develops when the market exhibits extreme bullish or bearish breadth with structural confirmation. Caution remains warranted as market structure is neutral while breadth is remains extreme bullish. 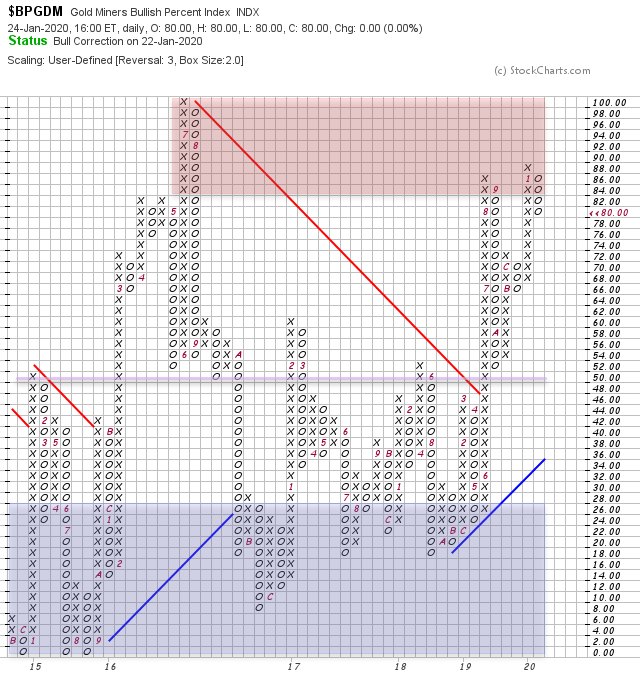 JHVEPhoto Pfizer Inc. (NYSE:PFE) investors who added more positions at its December highs have seen a significant collapse since then. Accordingly, PFE fell nearly 22% (in price-performance terms) from its December top through its lows […]