GBP: Yesterday, we reiterated that the BoE will not cut the Bank Rate at the end of the month, a view we stick with barring a surprisingly soft PMI report. This morning’s CBI survey for January further backed up our view with the business optimism component rising to its highest level since April 2014. As such, we see the BoE adopting a wait-and-see approach as they await hard data post the election, while a fiscal boost is also expected to provide a lift to the UK economy. Money markets have reduced expectations of a rate cut, now down to 45% likelihood from 60% previously and with focus on the PMIs, a boost is likely to reduce near-term easing expectations further and thus underpin the Pound. Topside target of 1.3200 on a break above 1.3170. In turn, this brings GBP/AUD into focus as markets await the Australian jobs report, which will be key for the February rate decision.

EUR: Italy is back on the agenda for the Euro as source reports suggest that Italy’s 5 Star Leader Di Maio will step down. As such, this has raised concerns over the stability of the PD+5SM governing alliance. Eyes will be on Sunday’s regional election, which is typically a PD stronghold, however, a victory for Salvini’s party and near-term election risks will be heightened and thus a widening Bund/BTP spread would place pressure on the Euro. Of note, the chart below highlights that foreign investors (non-residents) have been increasing their exposure to Italian, therefore near-term election risks could put Italian assets on the backfoot. 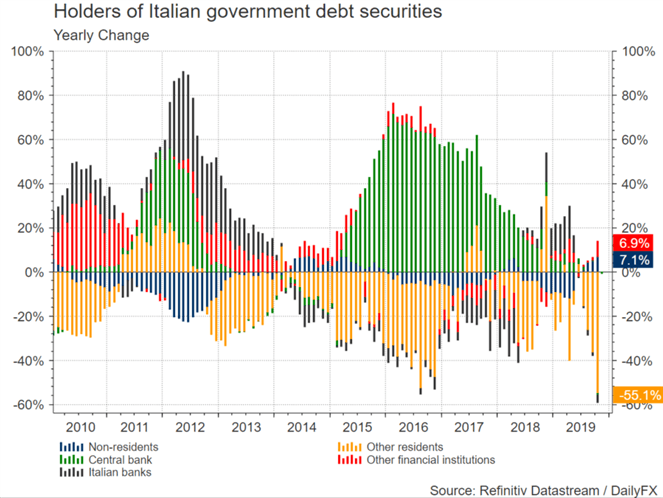 CAD: The Canadian Dollar edged lower following the slight miss on the inflation figures with the monthly CPI reading printing 0% for December, expectations were for 0.1%. However, the Bank of Canada’s preferred measure of inflation (common + trimmed + trimmed) remained above the central banks target at 2.1%. Looking ahead eyes are on the BoC decision, where the central bank is expected to stand pat on monetary policy. Trading the BoC 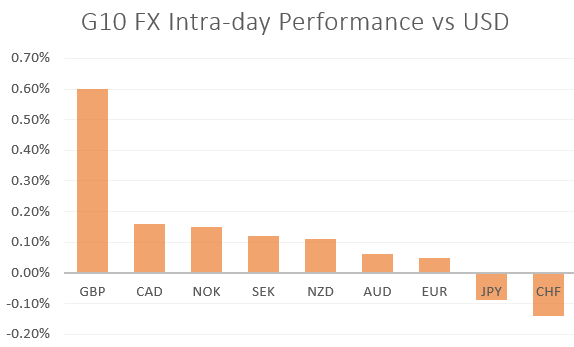