The lesson? If you’re trying to sell battery-powered cars to American consumers, you’ll do much better on the premium side of the market than among mainstream buyers. Ford’s first true purpose-built EV will be the Mustang Mach-E, an SUV/crossover that with a $60,000 price tag aimed at more affluent buyers.

The next will be a Lincoln SUV that’s a luxury SUV by definition and should cost at least as much. In April, Ford disclosed a $500 million investment in Rivian, a startup based in Plymouth, Mich., saying it would work with the company to develop a battery-powered vehicle based on Rivian’s technology.

Ford on Thursday confirmed that the model to be built at Rivian’s assembly plant in Normal, Ill., will be a Lincoln SUV. Rivian also will manufacture its own pickup truck, an SUV and delivery vehicles for Amazon, which invested $700 million in the company. (Ford also will debut a gas-electric F150 pickup this year and is working on a battery-powered F150.)

Like most investments in emerging technology, especially in the ultra-competitive automotive industry, Ford’s half a billion represents a bold risk, a foray into the murky future of battery-powered vehicles. Jeff Schuster, President, Americas Operations and Global Vehicle Forecasts, LMC Automotive, estimates that the number of battery EV models this year will more than double to 33 from 16 while the number of EVs sold will only rise by 50,000.

Ford has noted that the initial response to Mustang Mach-E, in terms of customer deposits, is strong. One big question is whether demand will stay strong. Another is: As more and more battery EVs appear, such as the Audi e-Tron and luxury EVs from China, such as Byton, will customers who never thought they needed or would own a battery-powered car step up and buy?

Of the 431,047 battery EVs sold in the U.S. last year, 192,250 of them were Teslas, mostly premium Model 3s selling for roughly $50,000 and up. At the same time, the more mainstream battery-powered Nissan Leaf and Chevrolet Bolt EVs declined in sales.

Another of the risks to automakers is the viability of a charging network. For longer trips, charging is a necessity. Tesla realized this fact and has built its own network. Electrify America, funded by VW as a penalty for its diesel emission infractions, has been rolling out new charging stations – with many reports of poor reliability.

Why Ford Is All In

A few key facts are necessary to understand Ford’s electrification strategy. First, the company’s executive chairman Bill Ford is an early and avid apostle of the green movement. If motorists worldwide begin embracing battery EVs in a big way, he’s not going to be late to the party. At the same time, Ford is a capital-constrained automaker whose credit rating was cut to junk status by Moody’s in September. Standard & Poor’s rates the company’s debt securities at one notch above junk. Either way, Ford is determined to generate enough cash to support dividend payment and to protect itself in the event of a deep cyclical downturn in demand. Which explains why Ford is collaborating with Volkswagen AG (OTCPK:VWAGY) to develop battery EVs in Europe and why it’s willing to chance the prestige of the Lincoln franchise on an untested startup like Rivian. 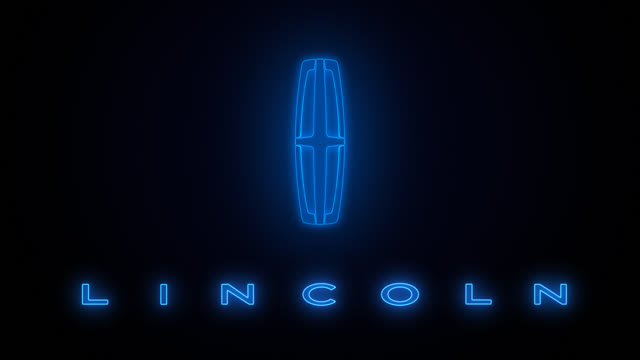 Low carbon and zero-emission mandates in Europe, China and several U.S. states led by California more or less force automakers to develop battery-powered EVs. Consumers aren’t particularly clamoring for EVs. And the regulatory mandates on companies won’t necessarily inspire consumers to buy the new models at the rate or at the prices their manufacturers require to yield a fair return on the billions being invested in design and manufacture.

General Motors Co. (GM) last week announced that it was investing $2.2 billion to develop and manufacture EVs at its Detroit-Hamtramck assembly plant, which had previously been slated for closure. The third leg of the Motor City stool, Fiat Chrysler Automobiles N.V. (FCAU), has agreed to merge with Peugeot PSA Groupe (OTCPK:PUGOY), in part to share the expected investment cost of electrification, which FCA has delayed.

Ford makes a reasonable case that it can manufacture battery EVs consumers will want to own and drive, that a growing charging infrastructure in the U.S. will facilitate adoption and that society’s migration from fossil fuel to electricity is inevitable and unstoppable. All of these assertions may be true. Nevertheless, the path to their fulfillment could be quite bumpy.

Ford has posted decent earnings and paid a dividend every quarter since May 2013, yet the shares have fallen by 50% since then. Maintaining a dividend during the drive to electrification will be tricky and could be the key to restoring investors’ faith in Ford’s stock.

Disclosure: I am/we are long GM. I wrote this article myself, and it expresses my own opinions. I am not receiving compensation for it (other than from Seeking Alpha). I have no business relationship with any company whose stock is mentioned in this article.