Indices such as the S&P 500, the FTSE 100 and the DAX are currently in a decline since January 2022 high. From my analysis it seems like they are all in a medium-term bearish correction prior to a potential rotation.

Recently, these major indices have formed new lows within their bearish cycle by breaking through the most recent support areas. This will be demonstrated below.

As per my above chart, price has broken through the red shaded support area which is the extreme of wave A. The S&P 500 can be expected to travel to the downside into wave C and the lower bound of the descending channel can be used as a support region. This is where price is expected to react but of course it is not limited to breaking through the channel to the downside. 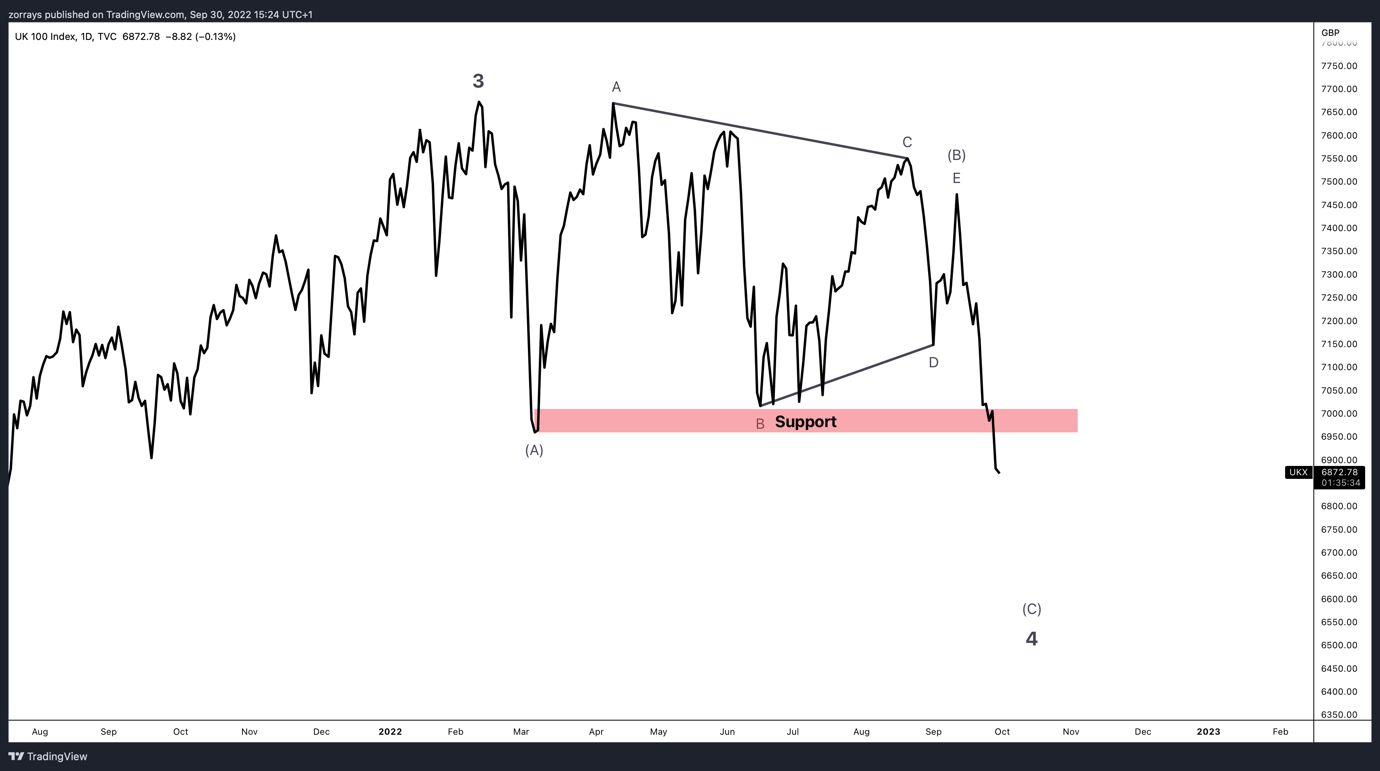 Although it may seem like the current price is in no-man’s land, but we can anticipate the minimum area price is potentially looking to reach is wave (C) equals the same length as wave (A). 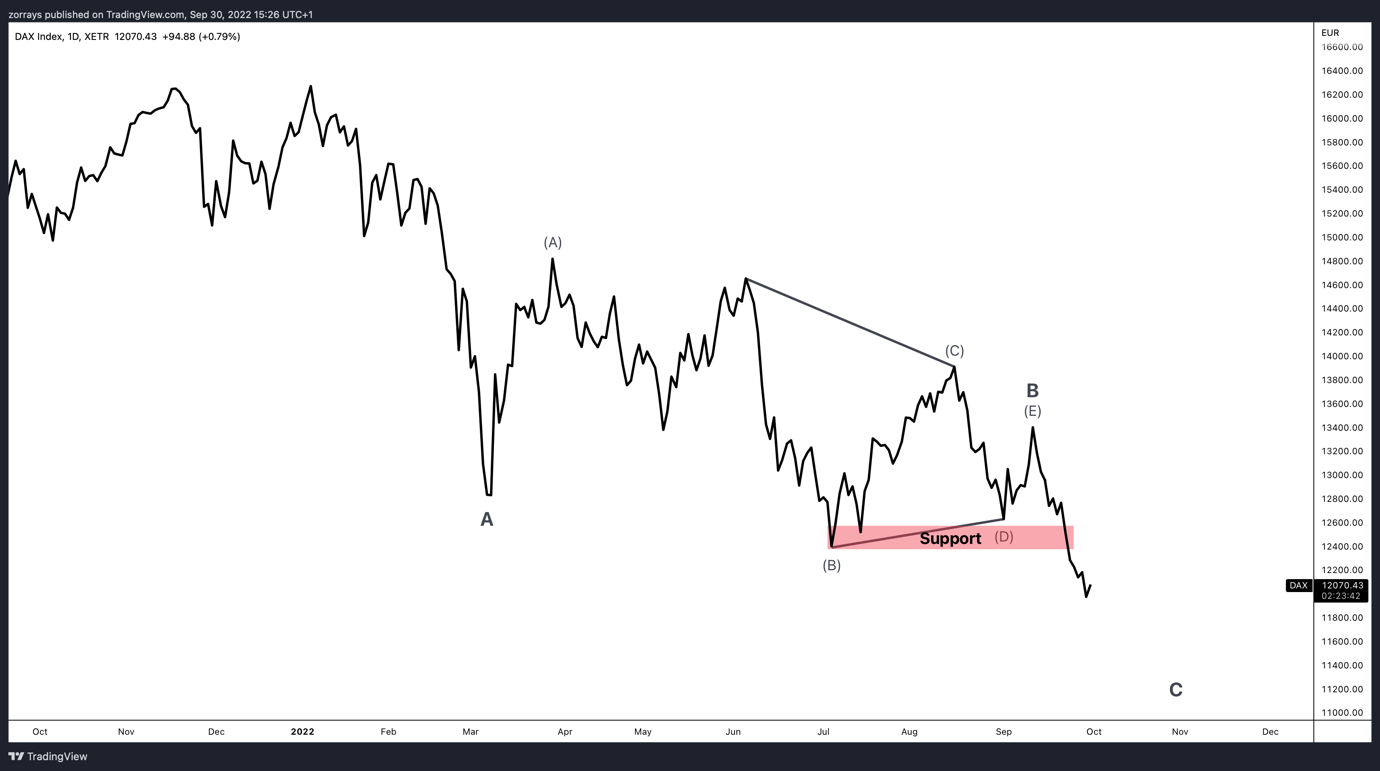 Very similar to the FTSE 100 as the DAX also had a triangle in wave B. The triangle has been broken out from the downside and broke the support area which was sitting at the extreme of wave (B) of the running triangle. Running triangle’s wave B form a new price extreme.

The consequence of the break of support would be similar to the FTSE 100 where it is expected that wave C would at least reach the same length as wave A.

Receive timely and compelling market commentary from the DailyFX team

grandriver A couple of weeks ago, Range Resources (NYSE:RRC) released its results for the third quarter of 2022. Earnings were slightly better than expectations and the market reacted positively with the stock recording a +10% […]

KLH49 Do you follow me on Twitter? If so, you probably saw this teaser the other day: “What does Ida Fuller have to do with @RealtyIncome – ticker $O? Stay tuned…” It’s an interesting story […]