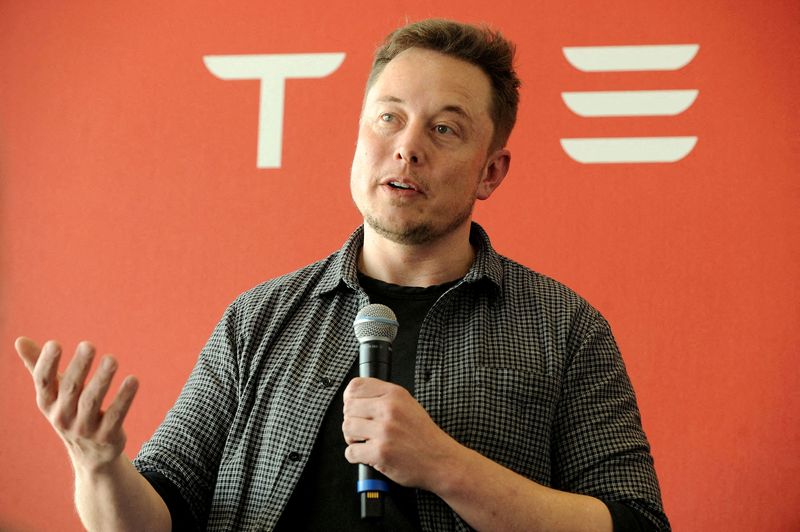 (Reuters) – In the run-up to Tesla (NASDAQ:) Inc Chief Executive Elon Musk’s public disclosure of a $3 billion stake in Twitter (NYSE:), the billionaire had criticized the microblogging site for failing to adhere to free speech principles and said he was contemplating building a new social media platform.

The world’s richest person in the past months has said he is a free speech absolutist, while being vocal against Web3, a term for a utopian version of the internet that is decentralized and whose commercial backbone is the non-fungible tokens (NFT).

Twitter co-founder Jack Dorsey and Musk, though active proponents of cryptocurrencies, share skepticism around the metaverse, NFTs and Web3, what some deem to be the evolution of the internet.

March 15, Musk tweeted, “I’m selling this song about NFTs as an

guaranteed.” The next day, he tweeted: “Actually, doesn’t

feel quite right selling this. Will pass.”

Jan. 21, In a Twitter thread calling the NFT profile picture

engineering resources on this bs while crypto scammers are

throwing a spambot block party in every thread!?”

2022 mocking the progress of the world wide web, ridiculing

March 5, In a tweet claiming some governments asked Starlink to

March 24, Musk asked in a poll if Twitter’s algorithm should be open

a new platform was needed.

April 4, In his first tweet since the disclosure of his stake in