All eyes on the first political event for the US Presidential Election, which takes place in Iowa. In recent times, Iowa has become increasingly important for Democratic candidates with the past four winners of Iowa ending up with the Democratic nomination. As it stands, Bernie Sanders is slightly ahead in the polls to win Iowa, which in turn could see US equities (Dow Jones) rattled if he is a clear winner. On the FX front, the Canadian Dollar and Mexican Peso may be on the backfoot, given the Sanders previous criticism on the recently passed USCMA.

China: Overnight, Chinese markets were trading with heavy losses as they played catch up from its elongated break. The Shanghai Composite crashed from the open, however, the index did pull off its lows to close lower by 7.7% after a variety of supportive measures by Chinese regulators, which included efforts to prevent short selling. Alongside this, the PBoC announced a CNY 1.2trillion reverse repo operation, while also lowering repo rates by 10bps.

Crude Oil: Little respite for oil prices as both Brent crude and WTI continue to head lower amid the spread of Coronavirus. Reports noted that the impact of the virus is thought to have reduced Chinese oil demand by 20%, prompting OPEC to mull emergency measures in order to stabilise oil prices, including Saudi Arabia touting the possibility of a 1mbpd cut in production. However, the issue is not that of oil supply, but rather, oil demand, therefore OPEC’s best efforts to jawbone the market higher has been somewhat futile. As such, in the absence of a slowdown in the number of coronavirus cases, oil prices remain tilted to the downside.

GBP: A reality check for the Pound, which is the notable underperformer as both the EU and UK set out their trade negotiation terms. UK PM Johnson is seemingly taking a hard stance towards the EU, having stated that the UK would not align itself with the EU, while also noting that they would be prepared to walk away from the negotiating table and leave on WTO terms. From the EU, Barnier highlighted that an FTA is unlikely if the UK misalign itself with the EU. 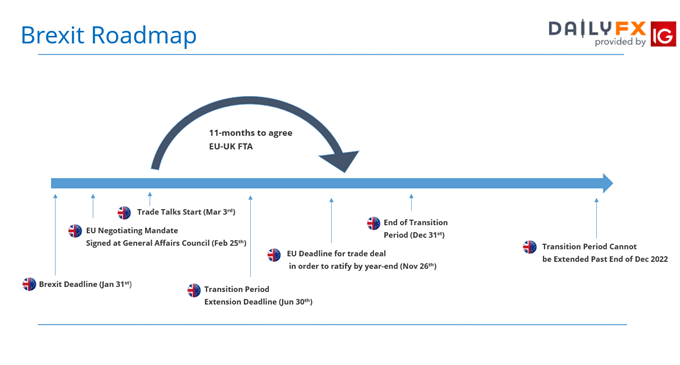 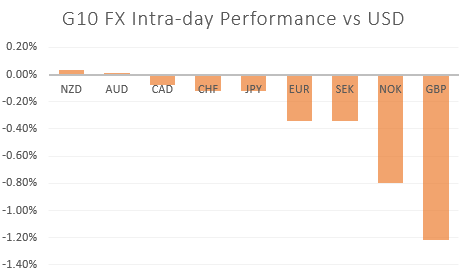