Crude oil prices were lower on Friday in Asia Pacific trade with the market still depressed by worries linked to the coronavirus and focused on its spread both in China and beyond.

South Korea stepped up measures to contain the contagion following a second day of sharp rises in infections, a development Prime Minister Park Ching Sye-kyun described as an ‘emergency.’ Two cities in the south of the country have been declared ‘special care zones,’ where increased precautions are urged.

China two saw an increase in cases even as it says that workers in key export production areas are now returning to work after a hiatus caused by the outbreak.

Be that as it may global investors are still casting nervous glances at supply chains dependent on Chinese manufacturing and wondering whether they will buckle before matters return to normal, especially in the European automotive sector.

All of the above feeds into suspicions of weaker demand for energy. The oil market has long suspected that the Organization of Petroleum Exporting Countries and allies including Russia, the so-called ‘OPEC Plus’ group, would deepen and extend production cuts in response to just these suspicions. However, Russia has always been reluctant and its Energy Minister Alexander Novak seemed to cast doubt on any meeting of the group before the scheduled March conference.

This suggests that no action will take place before then, and that there may yet be debate over whether any happens at all.

Gold prices were unsurprisingly boosted by the general retreat from risk seen Friday, although its notable that Chinese stock markets managed to hold up.

The metal rose to new seven year highs on Friday having added more than $200 per ounce since the coronavirus story broke last month.

Financial markets as a whole will look to Purchasing Managers Index numbers for February from around Europe and North America for the remainder of Friday. These data tend to give an early steer on a given month’s economic performance

US crude prices may be showing some tentative signs of topping out around this week’s highs. The dominant uptrend channel from early February’s clear bounce remains in force, but daily ranges are narrow and the market looks a little indecisive.

The bulls have yet to deal with their most pressing near-term target, January 28’s high of $54.09/barrel. That remains tantalizingly close, and may offer a solid platform for further gains if the bulls can only get there and stay put. With that in mind this week’s close could be interesting.

Gold prices are edging closer to a band of resistance which guards the way up to the all-time highs seen above $1900/ounce way back in 2011. 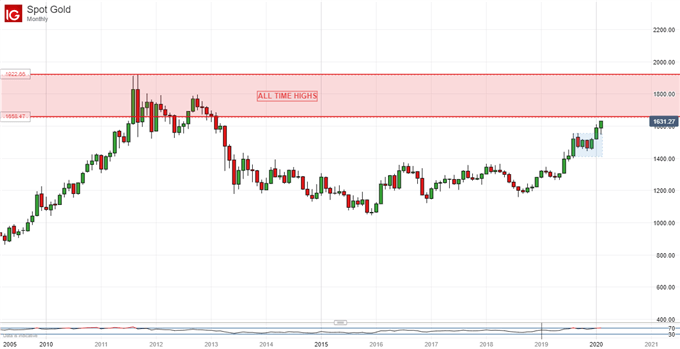 The market looks extremely overbought now, however, and although this is understandable after such a strong rise, it seems highly likely that a period of retracement and consolidation will be seen shortly, even if gains resume once it’s over.

The coronavirus seems to have added a premium of about $200 to the market, but support looks pretty firm in the $1500 area which pertained before that story broke and, it seems unlikely that it will be tested anytime soon.

However the first, 23.6% Fibonacci retracement of the rise from November’s lows to the current peaks comes in at $1588.21 and that might be a plausible consolidation target.

recep-bg/E+ via Getty Images Author’s Note: This is the free version of a premium article posted on iREIT on Alpha on 20th of June 2022. Dear Subscribers/readers, My investment in Orange (NYSE:ORAN) has, inclusive of […]

Khanchit Khirisutchalual/iStock via Getty Images By Tony DeSpirito Buy low, sell high. The age-old wisdom can run counter to human instinct when markets are in a tailspin. But history is instructive, and it tells us […]