US crude oil prices edged back above $50/barrel in Asia’s session, but the market remains deeply concerned about the likely effect of coronavirus on Chinese and global demand, even as investors eye possible arguments over production cuts from traditional producers.

The markets still expect the Organization of Petroleum Exporting Countries (OPEC) and its allies to reduce output. However, one of those key allies, Russia, has said it needs more time to consider the recommendations of an OPEC technical group that 600,000 barrels/day be taken out of global supply. Russian Energy Minister Alexander Novak reportedly said his country’s assessment would take into account still-solid overall demand and the possibility that US shale production will slow.

The coronavirus story is likely to dominate all markets for the rest of Monday given the very limited schedule of economic data on tap. China’s death toll from the disease overtook that of the Severe Acute Respiratory Syndrome (SARS) outbreak of 2002/3. Sunday’s toll of 97 was the highest since the disease began to spread back in December.

A team of experts from the World Health Organization is en route to Beijing to help investigate the contagion. China’s January factory gate prices were found to have remained very weak. Consumer prices meanwhile surged ahead with food costs continuing to rise sharply.

Gold prices were broadly steady, slipping as the session began only to rise through the Asia Pacific afternoon.

The backdrop seems likely to remain supportive for counter-cyclical ‘haven’ assets even though some more US-Dollar strength in the wake of last week’s strong US payrolls data may make Dollar-denominated gold less attractive to some.

Prices remain in the broad daily chart range which has characterized the action since the end of January. The trad within it represents a significant slowdown in the price falls seen this year, with much of that price action fundamentally based as markets hope for that OPEC production cut.

The lower boundary of the range has survived another test but the bulls will need to retake the top at $52.25 if they are to make progress and there seems little sign of that in the near term. However, any headlines suggesting that Russia is coming around to OPEC’s way of thinking could see prices rise sharply.

Gold prices have pushed very tentatively above a previous, short-term range which the market hasn’t liked being out of for very long since January 3. 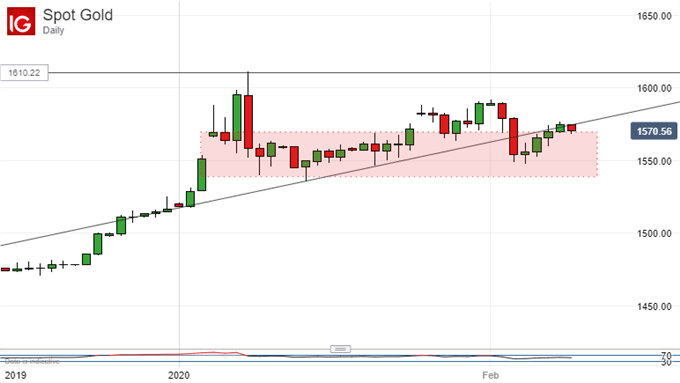 With that in mind it’s hardly surprising that the market should be a little indecisive at this point and indeed conflicting signals are being sent. Bullishly, prices seem to be attempting to break resistance now formed by the former uptrend, but neither it or the range top have given way yet. Both will bear watching this week, even if the market is likely to remain well supported in any case, even if the former range reasserts itself.