If you’re into investing in the mining sector, you should know the above chart very well. This series covers the three projects with the most significant drill interceptions over the past week, as well as the prospects of the companies which own these projects. I will use data from the weekly bulletin of Opaxe, which can be found on its website. Note that the drill interceptions are converted into grades of gold equivalents using the following formula:

Opaxe has chosen gold as the metal equivalent for all conversions, as it considers gold to be the most widely used and best-understood benchmark to determine or appreciate the grade tenor of a drilling intercept.

On January 28, Mexican Gold (OTCQB:MEXGF) announced that 19m @ 92.86g/t Au from 96m was intersected in hole NFGC-19-01 at the soon-to-be-acquired Queensway project. This is equal to 1,764(AuEq.)m and the true width of this intercept is estimated to be 70% based on drill core angles and correlation with historic drilling. 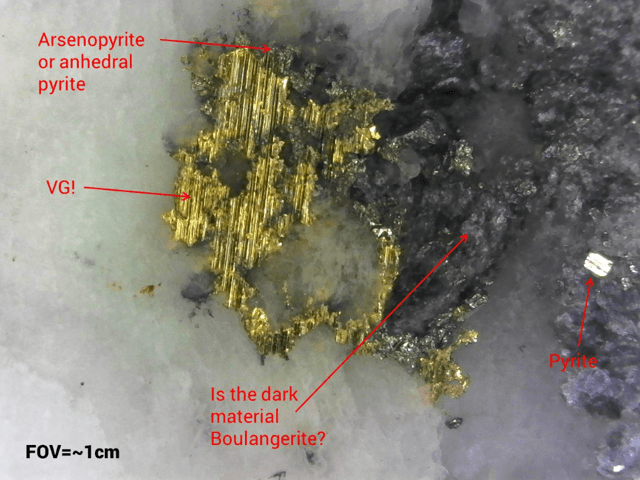 Queensway is owned by New Found Gold, which is in the process of merging with Mexican Gold through a reverse takeover. Both companies are backed by Canadian resource-focused merchant bank Palisades Goldcorp. The new entity will be named Bonanza King Mining Corp. and will have some C$19 million in working capital. Based on the latest share price of Mexican Gold, Bonanza will be valued at C$89.3 million.

Queensway, also known as Linear, is located in Central Newfoundland near the town of Gander.

The project is within the Linear Gold Belt and is crossed by the Trans-Canada Highway. It’s also traversed by three high voltage power lines. A total of 196 holes for more than 21,000 meters were drilled on the northern part of Queensway by various operators between 1985 and 2012. Previous owner Noranda delineated a resource at the Knob deposit of around 78,000 ounces from surface to 100m vertical depth at an average grade of 10.3g/t. 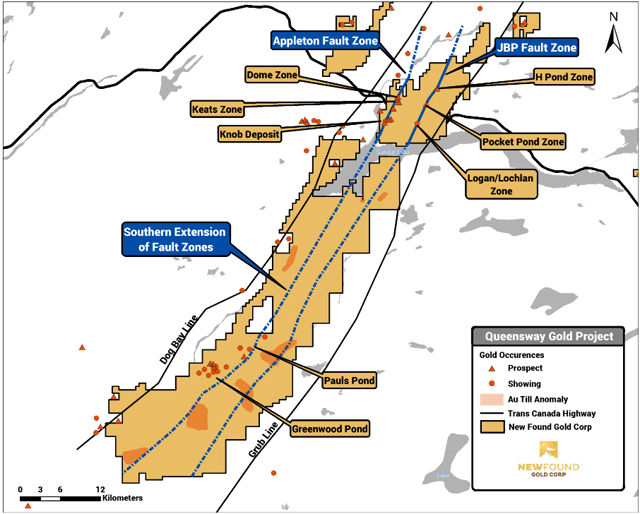 The southern portion of the project looks interesting as it has a strike length of 60 kilometers and has seen almost no drilling.

2) Red Chris copper-gold mine in Canada 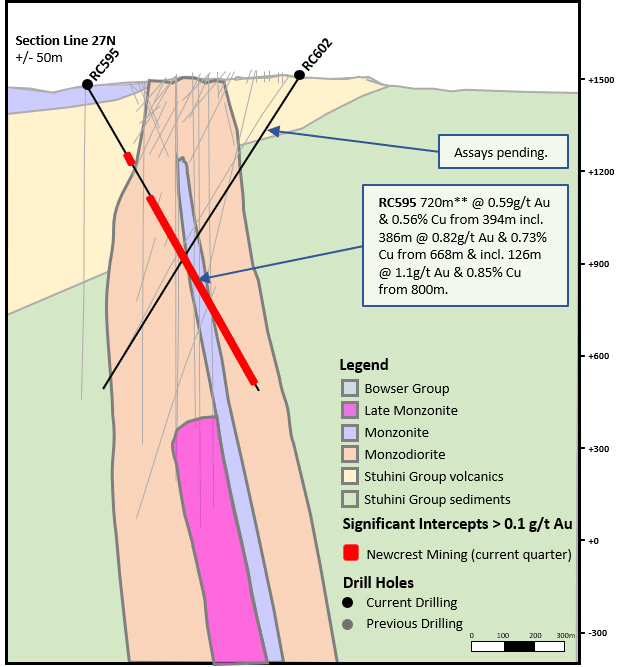 Imperial owns 30% of Red Chris and the remainder is held by Newcrest (OTCPK:NCMGF). The mine is located British Columbia: 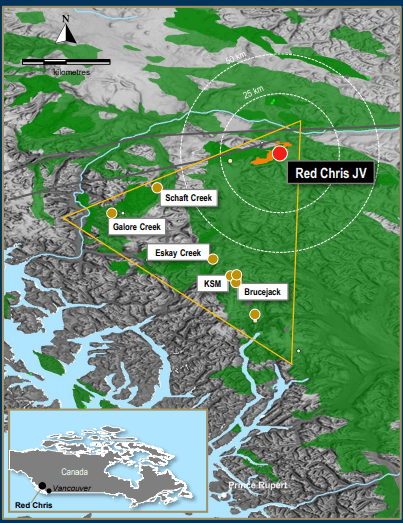 Red Chris is a pretty significant copper-gold project and Newcrest paid $804 million for its 70% stake in August 2019.

3) Cowal gold mine in Australia

On January 29, Evolution Mining (OTCPK:CAHPF) also posted its released Q4 2019 production and exploration update and the best interception was 7m @ 124.72g/t Au from 833m in hole 1535DD544B at the Cowal mine. This is equal to 878(AuEq.)m and drilling at the mine during the period was focused on expanding the mineralization footprint at GRE46 and Dalwhinnie systems beyond the December 2018 resource shapes. 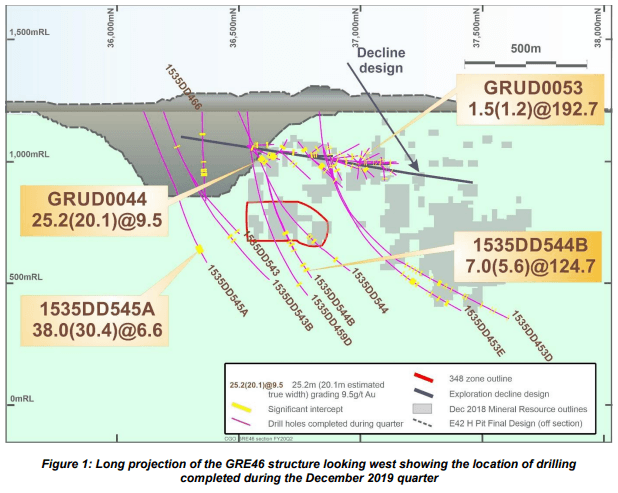 Cowal is located in New South Wales and Evolution bought it for $550 million in 2015: 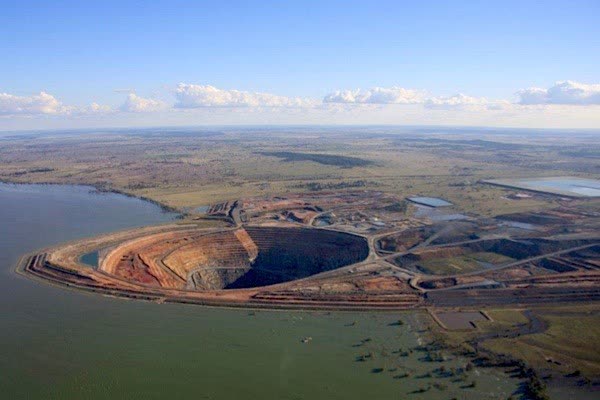 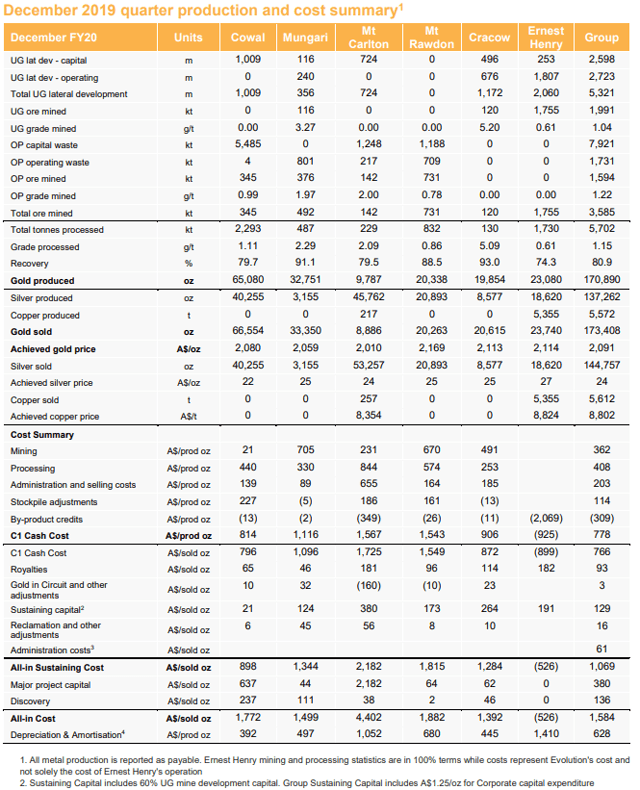 The first drill hole from the 2019 drill program at Queensway looks great, and I can’t wait to see the results for the remaining nine. Bonanza King is shaping as an interesting company, and with a working capital of C$19 million, it will have more than enough funds for a significant drill campaign in 2020. Definitely one to watch.

Red Chris is a fantastic mine in a great jurisdiction, and I think it has a very good exploration potential. Imperial’s 30% stake is valued at $344.5 million based on the transaction with Newcrest and the company has over C$100 million in cash as of September 2019. I think Imperial is very undervalued at the moment considering its market capitalization is below $200 million.

Evolution Mining has been delivering very good drill results from Cowal, and it plans to boost the mine’s production to more than 300,000 ounces of gold per year. It’s a fantastic mine, and I think it was a steal for $550 million back in 2015. However, I think that Evolution is overvalued at the moment as its market capitalization is more than $4 billion.

Additional disclosure: I am not a financial adviser. All articles are my opinion – they are not suggestions to buy or sell any securities. Perform your own due diligence and consult a financial professional before trading.