Investment thesis: the fundamentals for basic materials and industrials are still good. Raw material prices are rising, new orders for durable goods are increasing, and industrial production is rebounding. But while the XLB and XLI have been solid performers during the last few months, both are now in modest corrections. Wait for these to play out before taking a new or adding to an old position.

Let’s start with the cost of raw materials

Overall, price pressures are modest. Copper (left) declined from the end of 2018 until the lockdowns; it has since rebounded but is relatively tame. Iron ore (right) has been increasing since the very end of 2015 but is still off highs are 2010-2012.

Here is the 1-year chart of the DBB (the industrial metals ETF): 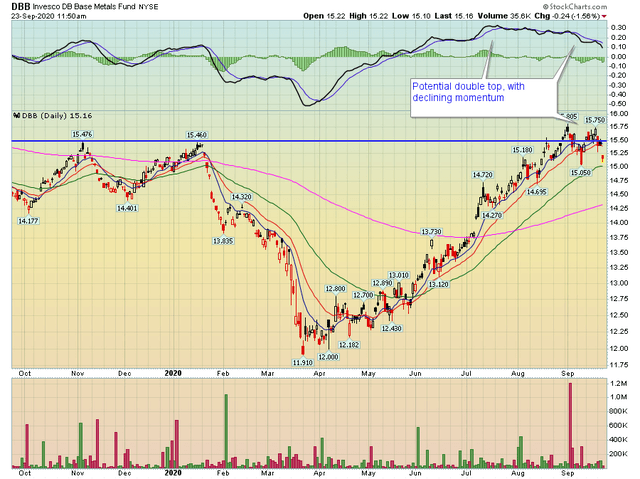 Prices rallied from lockdown lows. But they’re now at levels from 1 year ago while also printing a potential double top which is confirmed by declining momentum. Volume was higher on the first top.

Here are the relevant data charts:

New orders for non-defense capital goods (left) have rebounded; they are now near a 2-year high. The Y/Y percentage change (right) is positive again.

The column second from the right shows the latest month’s data. The top line growth figure was .4%, which is the lowest increase since May. Other sub-categories were also low. Here’s a chart of the data:

Industrial production (left) continues to rebound but is still below pre-lockdown levels. Capacity utilization is also low compared to levels from the Spring.

The latest ISM Manufacturing Data indicates the sector is in a solid rebound: 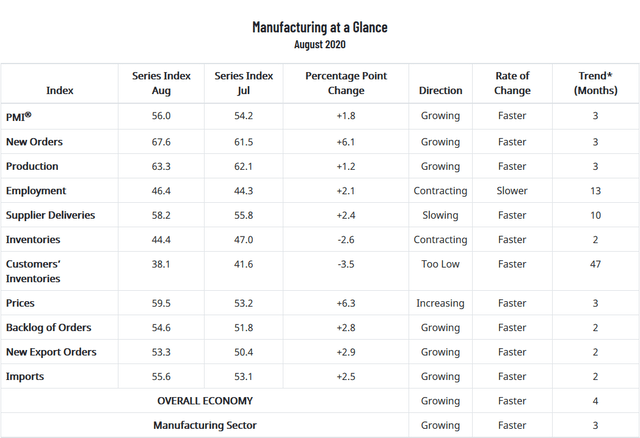 The PMI index rose 1.8 points and is now at a solid 56. New orders and production are both over 60, indicating strong growth. The sector is still shedding jobs, although it is doing so at a slower rate.

Both the XLB and XLI have been strong performers during the last few months. But it’s likely both are now in modest corrections. Let’s start with the XLB: 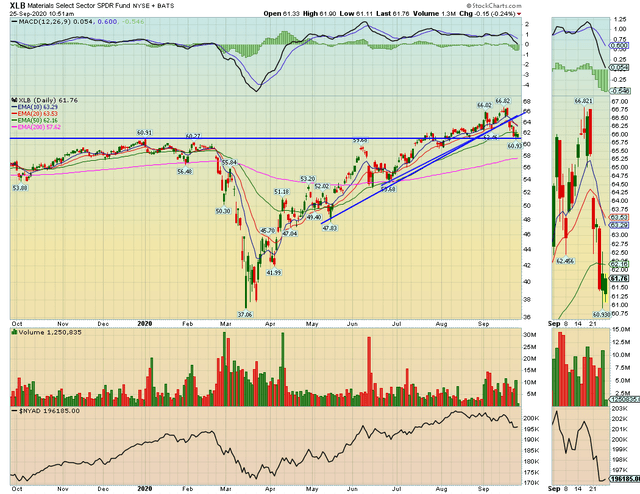 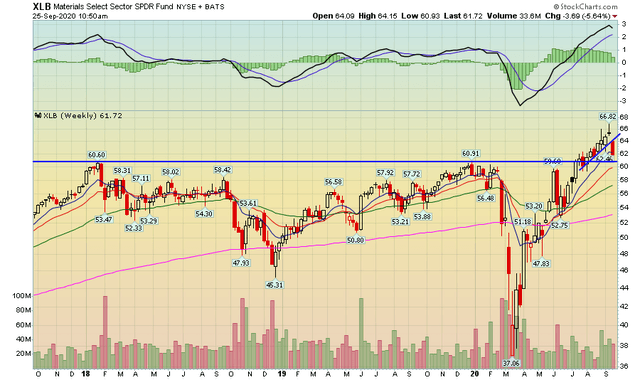 The weekly charts shows a clear trend break. Prices are likely headed to the lower 60s.

The XLI is also correcting: 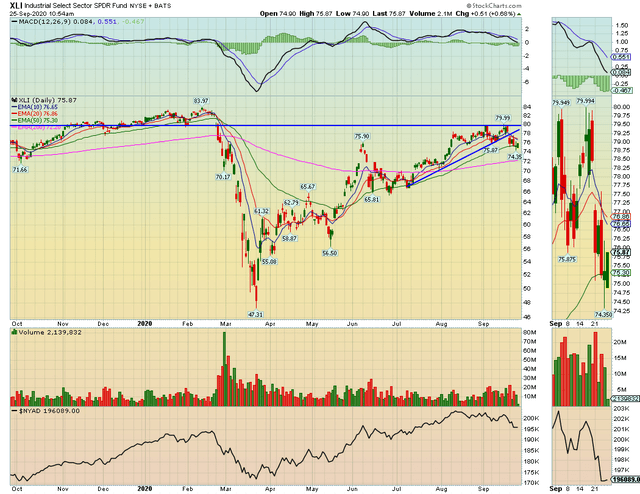 The XLI was in a solid uptrend that started in early July. Prices hit resistance in the lower 70s early this month — an important level established in late February. Prices broke trend and are now resting on the 50-day EMA. The next logical area of support is the 200-day EMA. 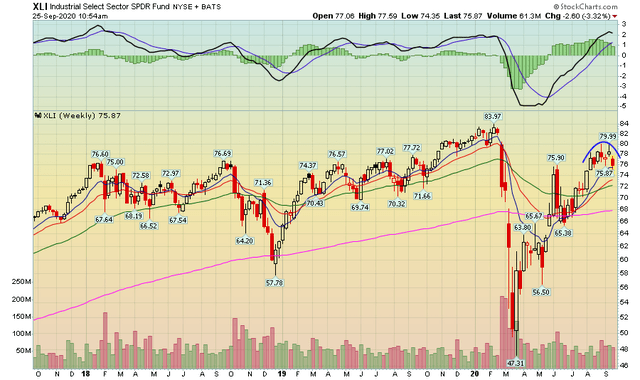 The weekly chart has likely formed a rounding, a standard reversal pattern.

Wait until these corrections play out before moving into either ETF.

Canadian Dollar Talking Points USD/CAD trades to a fresh monthly high (1.3390) as the US Dollar appreciates on the back of waning risk appetite, and key market trends may continue to influence the exchange rate […]

Written by Nick Ackerman, co-produced by Stanford Chemist SoFi Weekly Income ETF (NYSEARCA:TGIF) was very recently launched at the start of October of this year. They have the ambitious goal of trying to provide weekly […]