Bank of England maintained the bank rate at 0.1% and APF at £745bln as expected. The vote split had been unanimous on both measures and thus prompting a small immediate uptick amid outside chances that there could have been a dovish dissenter. However, the main talking point which had prompted the Pound to subsequently dropped had been the commentary around negative rates.

The minutes highlighted that the MPC had been briefed on the BoE’s plans to explore how a negative bank rate could be implemented effectively, should the outlook for inflation and output warrant it at some point during this period of low equilibrium rates. Alongside this, the BoE and PRA will begin structured engagement on the operational considerations in Q4 2020.In turn, OIS markets had brought forward expectations that the BoE could take the bank rate negative, which is seen as early as February 2021. That said, this will also be largely contingent on the Brexit outcome and the fact that the BoE and PRA are only beginning to look at operational considerations in Q4, this will be a 2021 issue. 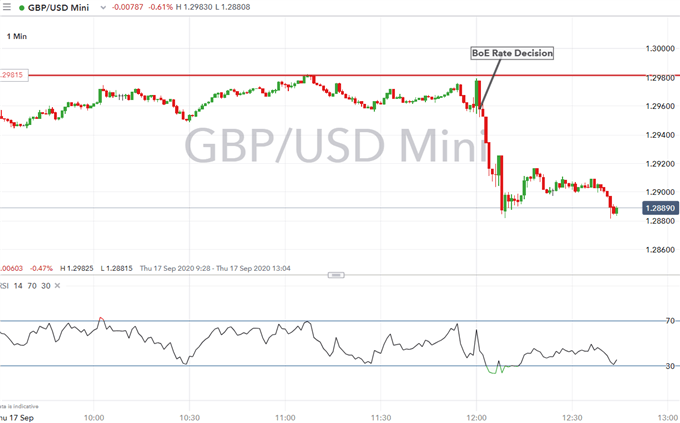