In my view, Axalta Coating Systems (AXTA) is an attractive acquisition target in a mature consolidating industry dominated by larger players. This opens the prospects of a quick and large return on capital to shareholders. AXTA’s board turned down a $37 per share cash offer, a price nearly 50% higher than today’s stock value, demonstrating their belief in the value of the company.

The company is doing all the right things to drive shareholder value, as investors wait for a new proposal. As a strong generator of cash, AXTA’s management plans to:

Sean Lannon, the company’s CEO mentioned these points during the Q3 earnings call last month. Below are few excerpts from the call

So certainly expect to start to deploy some of that capital for M&A.

As we think about share buybacks, we’ll continue to buy back opportunistically.

We may look to pay down some debt; some gross debt marginally, also going to be looking at potential refinancing opportunities here over the next few months. And then we’ll just continue to build cash, quite frankly, you saw really nice free cash flow conversion. And hopefully that will continue now for the foreseeable future.

AXTA is a manufacturer of high-performance paints and coatings. The company divides its operations into a matrix of divisions, subdivisions, and end-markets, but essentially, ~66% of its sales are car paint and coating products. The company is a leading entity in its field selling its products globally to car manufacturers and car body shops. Revenue drivers include

Car owners are more inclined to repair their vehicles if it is new and the number of car accidents is linked to mileage driven.

Another 26% of AXTA sales stem from coatings and paint products used in industrial and construction industries. Construction and industrial activity, in turn, depends on the GDP level.

Finally, AXTA derives 8% of sales from coating and paint products used on rails, and trucks. This segment is influenced by the level of infrastructure spending, bringing a political element into play.

First-quarter sales were 13% lower than the same quarter last year on softer demand from Asia, where AXTA derives 15% of sales. Asian countries implemented lockdowns two months before Europe and the U.S, so the first quarter more or less solely captured disruptions from that region.

Second-quarter sales fell sharper as pandemic reached Europe and the U.S, tumbling 43% compared to the same quarter last year but have rebounded since then. Third-quarter sales, which were announced last week, are down a mere 7% on a YoY basis.

Wall Street analysts have low expectations for the fourth quarter. The consensus sales estimate is $1 billion, compared to $1.1 billion in the same quarter last year. This translates to a 9% YoY decline, worse than the third-quarter, and inconsistent with the monthly macroeconomic indicators that show improvements in the level of economic activity, such as monthly miles driven. It is not uncommon for Wall Street analysts to show conservatism in their estimates. Still, one might argue that this estimate captures the potential second COVID outbreak and subsequent lockdown. The company usually reports fourth-quarter results in the second half of February. 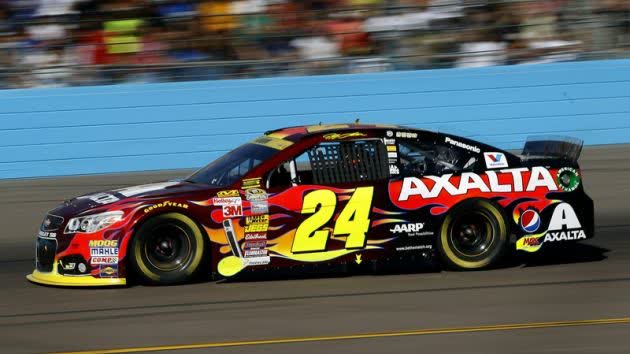 As a result of this rigid cost structure, AXTA posted $83 million in losses in the second quarter. Third-quarter results showed improvements as the company posted $82.5 million in net income, a 24% improvement from the same period last year. This was a result of the management’s decision to maintain cost-cutting initiatives implemented in the second quarter, such as those related to management compensation, combined with a general increase in sale prices.

The paints and coatings industry is mature, cyclical, and consolidating. December will mark AXTA’s 6th anniversary as a public company and it has already turned down three merger proposals and is subject to speculations on many others. Just last month, the stock was 4% higher on renewed merger speculations sparked by an FT article. Investors should expect some “welcomed” volatility in this regard.

AXTA P/E ratio is at the lower end of the industry range, perhaps because of its leverage. AXTA has the highest debt-to-equity ratio among its peers. Normalizing the difference in interest expense shows that AXTA valuations fall in the higher-mid range compared to its peers. Overall, the company seems fairly valued by the market.

Of course, being fairly valued doesn’t mean there isn’t an opportunity for capital appreciation. It only signifies a limited prospect for extraordinary returns. This is a critical distinction. Many investors pass on great investments that appear fairly valued, and assume there’s an absence of opportunity for capital appreciation.

AXTA’s average free cash flow in the four years ending December 2019 is $410 million. Last month, when an analyst asked the CEO what the company intends to do with all the cash flow it generates, his reply was

The gradual build-up of cash alone, in the coming years, should be enough to push the stock upwards, not to mention growth either organic or through acquisition.

A recent news article reported that AXTA plans to issue new debt to redeem previously issued notes. This refinancing enables AXTA to benefit from the current low-interest-rate environment by “re-issuing” its debt at lower coupon rates.

Earlier in September, another news piece stated that Berkshire Hathaway (BRK.A) sold 534,959 shares of AXTA. The stock was down 3% on the news. I wouldn’t read too much into that either. Adjusting a portfolio is a common practice among fund managers, and BRK’s transaction could have been for any reason, from tax optimization to leverage management.

The demand for AXTA’a vehicle coatings and paint is driven by the number of vehicle collisions, which depends on the miles driven. Investors may find it useful to look at the monthly Vehicle Miles Traveled data provided by the Federal Bank of St Louis website, knows as FRED.

Demand for industrial coating depends on the level of economic activity. Investors can gain an edge by following the monthly industrial production index, also published by FRED.

AXTA operates in a cyclical and mature industry that is consolidating with the five largest actors accounting for 55% of industry revenues. The company initiated a strategic review in June 2019, studying the possibility of merging with another industry player.

The company is leveraged, making it a bit less attractive compared to its peers especially during a recession. The Pfizer vaccine lessens the risks related to the resurgence of COVID and the potential of new economic disruptions. Still, how this rolls out will depend on the ability of Pfizer to mass-produce and distribute the vaccine, and the new administration’s policy response. These questions will create volatility in the market in the next days and weeks, opening a buying opportunity for long-term investors.