The Australian Dollar may continue to outperform its major counterparts in the near term, as Victorian Premier Dan Andrews eases Covid-19 restrictions further in Australia’s second most populous state.

With Victoria recording no new coronavirus infections for the tenth consecutive day and the 14-day average of cases falling to 0.4, Andrews lifted restrictions on several industries and disbanded the ‘ring of steel’ surrounding Melbourne, Australia’s second most populous city, allowing residents to travel outside of the previously imposed 25-kilometre limit.

The progressive easing of measures has had a notably positive impact on recent fundamental data, with the Ai Group Australian Performance of Manufacturing Index soaring to 56.3 (prev. 46.7) and job postings increasing by 9.4% (prev.-2.3%) in October.

The local housing market has also bounced back robustly on the back of the nation’s return to normalcy, with new home sales and building permit data for the month of September exceeding market expectations.

Moreover, Andrews could ease restrictions further in the coming weeks given the next stage of the Premier’s ‘reopening roadmap’ requires the state to register no new community-acquired cases for at least 14 days.

Therefore, it appears the local currency could be poised to outperform if current health trends persist and allow for additional relaxation of restrictions. 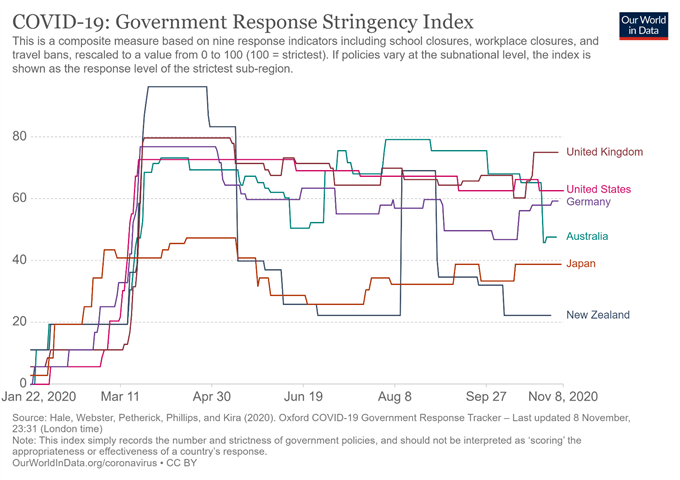 The expectation of a more diplomatic approach to foreign policy under a Biden administration could also put a premium on the trade-sensitive Australian Dollar.

It is no secret that the United States’ relationship with China has deteriorated significantly throughout the Trump presidency, with vitriolic tit-for-tat exchanges escalating into an all-out trade war between the world’s two largest economies.

However, the election of Mr Biden may result in a lighter approach to China on trade given the President Elect’s comments that “America’s farmers have been crushed by [Trump]’s tariff war with China”.

That being said, a swift removal of tariffs seems relatively unlikely given Biden’s stance on the human rights violations of the Muslim-minority Uighurs in Xinjiang and the imposition of the national security bill in Hong Kong.

Nevertheless, the prospect of reconciliation – or at least not escalating tensions – may boost market sentiment and help restore confidence in the gradual restoration of international trade norms. 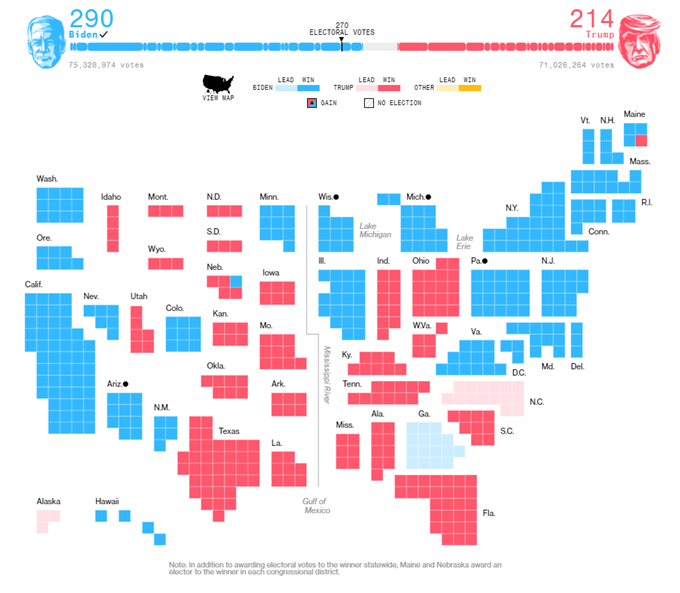 From a technical perspective, AUD/USD rates are eyeing a push to test the yearly high set in September (0.7413), after bursting above Descending Triangle resistance and the psychologically imposing 0.7200 mark.

A bullish crossover on the MACD indicator, in tandem with the RSI’s surge above 60, is indicative of swelling bullish momentum and suggests that the path of least resistance is higher.

Conversely, a reversal back towards the trend-defining 50-day moving average (0.7146) could be on the cards if resistance at the 0.7300 mark holds firm. 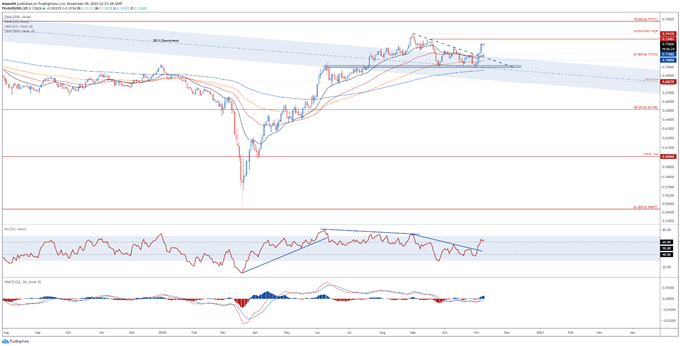 Zooming into a four-hour chart reinforces the bullish outlook depicted on the daily timeframe, as price carves out a Bull Flag pattern just below resistance at the 2019 high (0.7295).

However, bearish RSI divergence, combined with a potential bearish crossover on the MACD indicator, suggests that a pullback could be in the offing.

With that in mind, AUD/USD may slide back to flag support (0.7271) if buyers fail to hurdle resistance at the November 5 high (0.7289), with a breach below needed to invalidate the bullish continuation pattern and probably generating a push back towards the 61.8% Fibonacci (0.7158).

That being said, an extended push to the topside seems the more likely scenario given price is tracking firmly above all four moving averages.

Therefore, a break above the 2019 high (0.7295) would probably validate the Bull Flag pattern and ignite an impulsive push towards the September 16 high (0.7345), with the implied measured move (0.7434) suggesting price could climb a further 2% from current levels.

We typically take a contrarian view to crowd sentiment, and the fact traders are net-short suggests AUD/USD prices may continue to rise.

Traders are further net-short than yesterday and last week, and the combination of current sentiment and recent changes gives us a stronger AUD/USD-bullish contrarian trading bias. 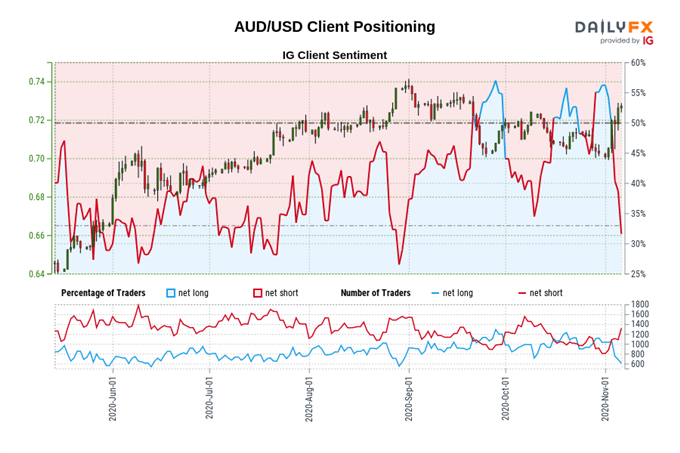 Welcome to the Full CY 2021 Stock Tipping Competition everyone! I am starting this thread now so everyone can start thinking about their entries and those who would like to enter now can do so. […]