Thursday’s release of the August Producer Price Index (PPI) for Final Demand was at 0.3% month over month seasonally adjusted, down from a 0.6% increase last month. It is at -0.2% year over year, up from -0.4% last month, on a non-seasonally adjusted basis. Core Final Demand (less food and energy) came in at 0.4% MoM, up from -0.5% the previous month and is up 0.6% YoY NSA. Investing.com MoM consensus forecasts were for 0.2% headline and 0.2% core.

Here is the summary of the news release on Final Demand:

The BLS shifted its focus to its new “Final Demand” series in 2014, a shift we support. However, the data for these series are only constructed back to November 2009 for Headline and April 2010 for Core. Since our focus is on longer-term trends, we continue to track the legacy Producer Price Index for Finished Goods, which the BLS also includes in their monthly updates.

As this (older) overlay illustrates, the Final Demand and Finished Goods indexes are highly correlated. 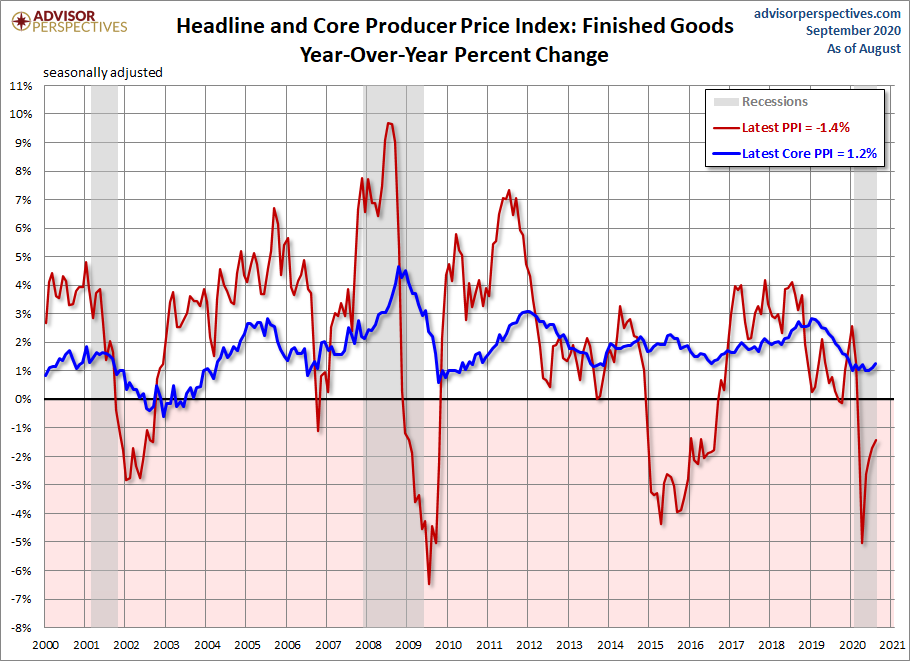 As the next chart shows, the Core Producer Price Index is far more volatile than the Core Consumer Price Index. For example, during the last recession producers were unable to pass cost increases to the consumer. 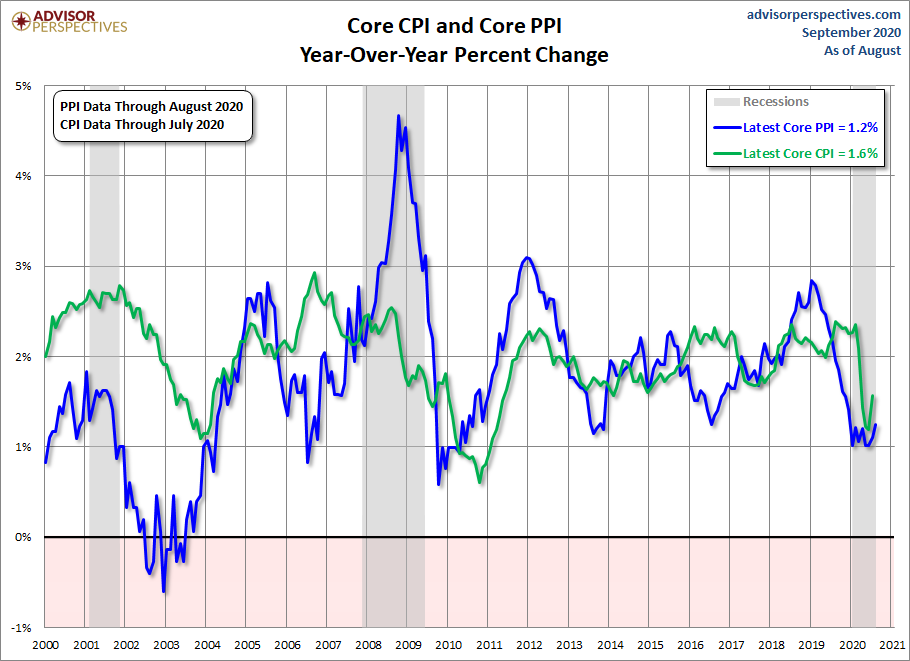 Check back next month for a new update.

© Reuters. Australia stocks lower at close of trade; S&P/ASX 200 down 0.55% Investing.com – Australia stocks were lower after the close on Friday, as losses in the , and sectors led shares lower. At […]