Back in February, I made the argument that the AUD/USD could see significant upside should market contagion regarding the coronavirus settle.

Clearly, market conditions were vastly different just two months ago – and the coronavirus pandemic has had economic ramifications that could not have been foreseen at the time.

With that being said, in spite of a sharp drop in the AUD/USD in March, we have recently been seeing a resurgence of the AUD/USD as we have headed into April.

It is worth bearing in mind that the coronavirus does not seem to have had as severe an impact as in Australia.

According to Worldometer, we can now see that the number of active cases in Australia appear to be dropping off significantly, while cases in Europe and the United States have continued to grow or at least are just barely being contained. 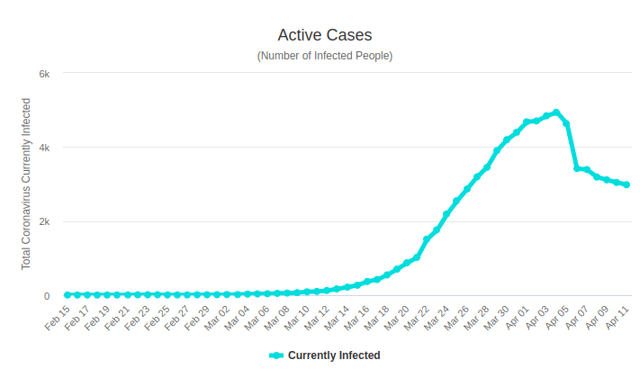 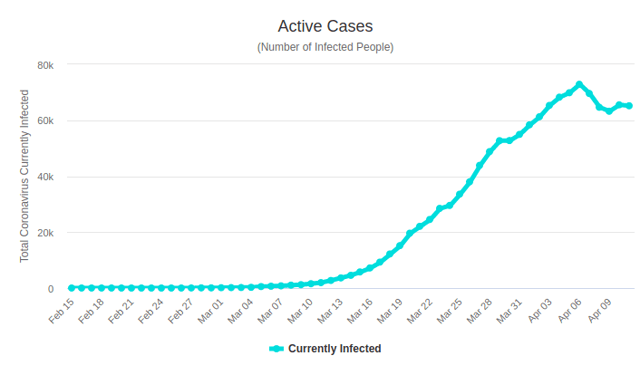 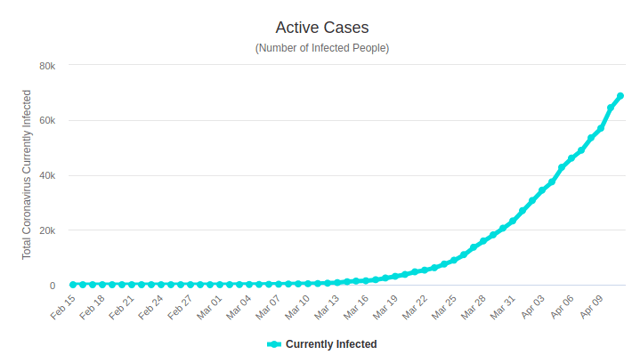 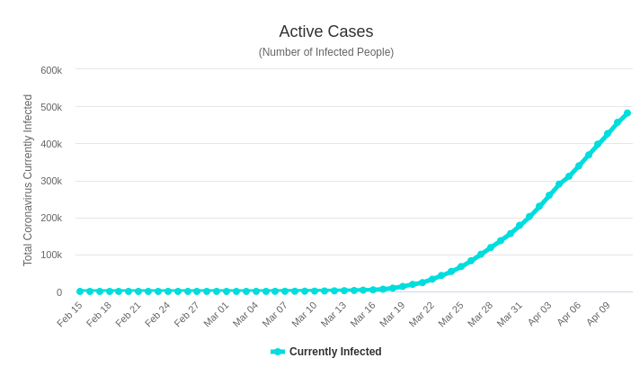 This is in part due to Australia’s geographical location, as well as a stringent policy of closing Australia’s borders to non-citizens and non-residents.

From that standpoint, it does not come as a great deal of a surprise that the Aussie dollar is managing to hold its own somewhat in this pandemic.

Of course, there are inevitably going to be sharp economic impacts in Australia as in other countries around the world, due to enacting of social distancing measures and what effectively amounts to a temporary closure of many industries. It is estimated by the OECD that Australia could see a 22% contraction in GDP as a result of the pandemic.

The Reserve Bank of Australia has lowered its cash rate yet again on April 8 to 0.25%. This is in line with central bank policy in the rest of the developed world, with the Federal Reserve also having lowered its own rate to 0.25%.

That said, much of the reason for the recent depreciation in the AUD/USD over the past couple of years was the widening interest rate differential between Australia and the United States. The Federal Reserve had adopted a policy of steady but sustained rises in the Federal Funds Rate, and this had resulted in greater demand for the greenback. However, with rates for both the AUD and USD on an even keel, there is less case to be made for a strong U.S. dollar at this time.

Additionally, when one examines the trajectory of the greenback in 2020, one can see that the USD has been dropping against other major currencies since mid-March: 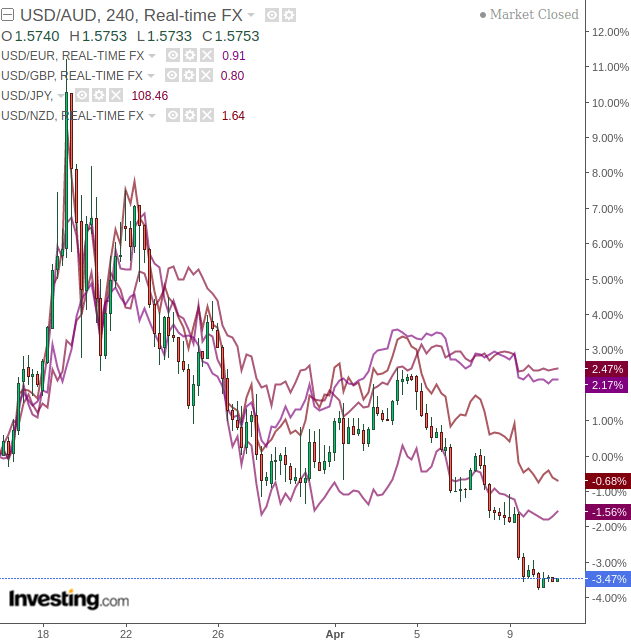 While it is too early to say definitively, the coronavirus pandemic could ultimately be the trigger point that ends the strength we have been seeing in the USD over the past couple of years – depending on how severe the crisis becomes in the United States. Depending on whether Australia will be able to contain the pandemic and the timeline of economic activity resuming in that country, it is quite possible we could see a situation of sustained AUD/USD strength.

For these reasons, the AUD/USD is a pair to watch at this point in time.