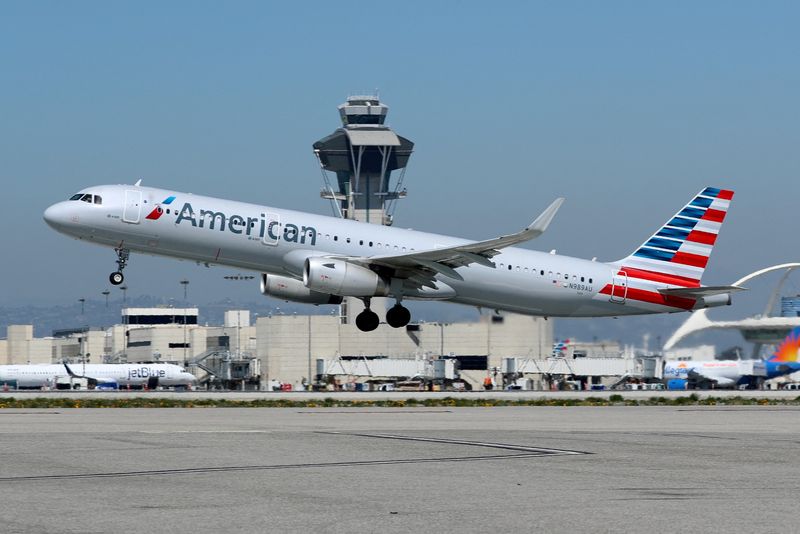 By Diane Bartz and David Shepardson

WASHINGTON (Reuters) – The head of American Airlines (NASDAQ:) Group said an alliance with JetBlue Airways (NASDAQ:) Corp was needed to fend off big rivals in key markets and did not violate antitrust law as the U.S. Justice Department has alleged.

Chief Executive Robert Isom said that he had been concerned about competition from Delta and United, particularly in Boston and the New York area.

“The opportunity to create the Northeast Alliance is absolutely an opportunity to make American stronger in a place that we have been historically weak,” he said.

He took issue with suggestions from Justice Department attorney Bill Jones that American, the world’s largest airline, could have expanded without JetBlue.

Jones suggested American did not have to worry about JetBlue going after premium customers in Boston, which Isom disputed saying he said both airlines “are going to go after all premium customers.”

The U.S. Justice Department, six states and the District of Columbia are urging a federal judge in Boston to force American and JetBlue to scrap their Northeast Alliance (NEA). The government called it a “de facto merger” of their Boston and New York operations in which they coordinate flights and pool revenue to the detriment of travelers, which it argues face $700 million in extra annual costs.

Isom was pressed on a March 2020 email he sent recounting a conversation with former Delta Chief Executive Richard Anderson about the massive falloff in travel demand from the COVID-19 pandemic.

Isom’s email said there was agreement the “industry is going to have to shed a tremendous amount of capacity — turning the dial back 5 years as a guide to what 2021 looks like.”

Congress awarded $54 billion to U.S. airlines in payroll assistance through September 2021 that prevented many significant cuts the industry forecasted.

© Reuters. By Scott Kanowsky  Investing.com — HSBC has initiated its coverage of Porsche AG (ETR:) with a “Hold” rating, arguing that that the sports car maker has a “bright future” due to its “enviable” brand […]